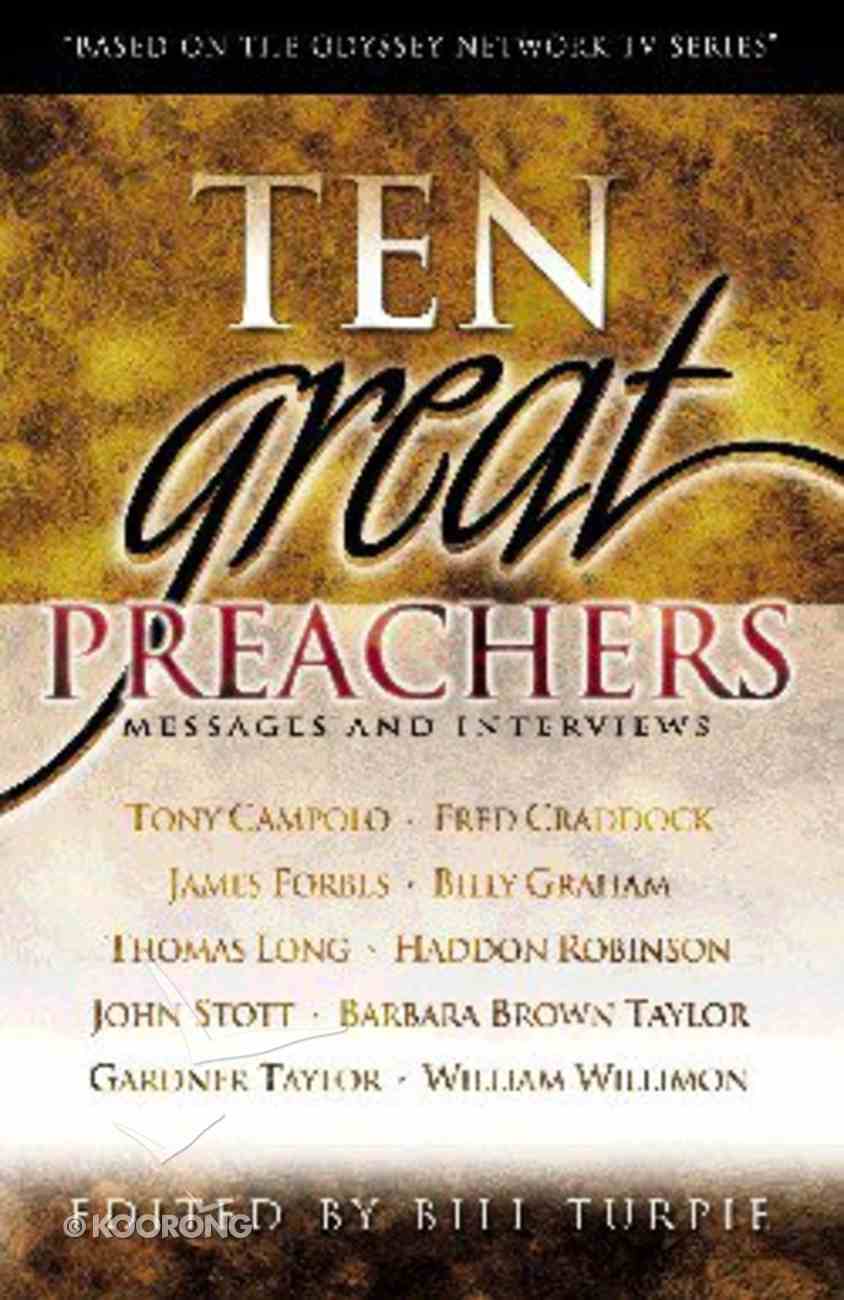 Crossing denominational, gender, and ethnic lines, here are interviews with ten of the most effective preachers in the English-speaking world plus a message from each.

It's All in How You Tell It
Haddon Robinson, Torrey W Robinson
eBook

Crossing denominational, gender, and ethnic lines, here are interviews with ten of the most effective preachers in the English-speaking world plus a message from each.
-Publisher

Who would you name to a list of today's best preachers? This intriguing book crosses denominational, gender, and ethnic lines with insightful interviews of participants, including Billy Graham, Haddon Robinson, John Stott, and others. You'll be inspired by the biographical background and message from each preacher as you discover the keys to effective preaching.
-Publisher

Fred B. Craddock is Bandy Distinguished Professor of Preaching and New Testament Emeritus in the Candler School of Theology of Emory University. An ordained minister of the Christian Church (Disciples of Christ). He has written a number of books, including First and Second Peter and Jude (Westminster Bible Companion series) and Luke and Philippians (The Interpretation Commentary), along with numerous books on preaching.

Barbara Brown Taylor's last book, "Leaving Church", was met with widespread critical acclaim including the "New York Times", "USA Today", NPR's "Fresh Air", and others. Taylor spent fifteen years in parish ministry and was named one of the most effective preachers in the English-speaking world.

James A. Forbes, Jr. has spoken to more than 100,000 people every year, hailed as "the preacher's preacher." He is senior minister at Riverside Church in New York City, and has also held the position of Joe R. Engle Professor of Preaching at Union Theological Seminary in New York. 1