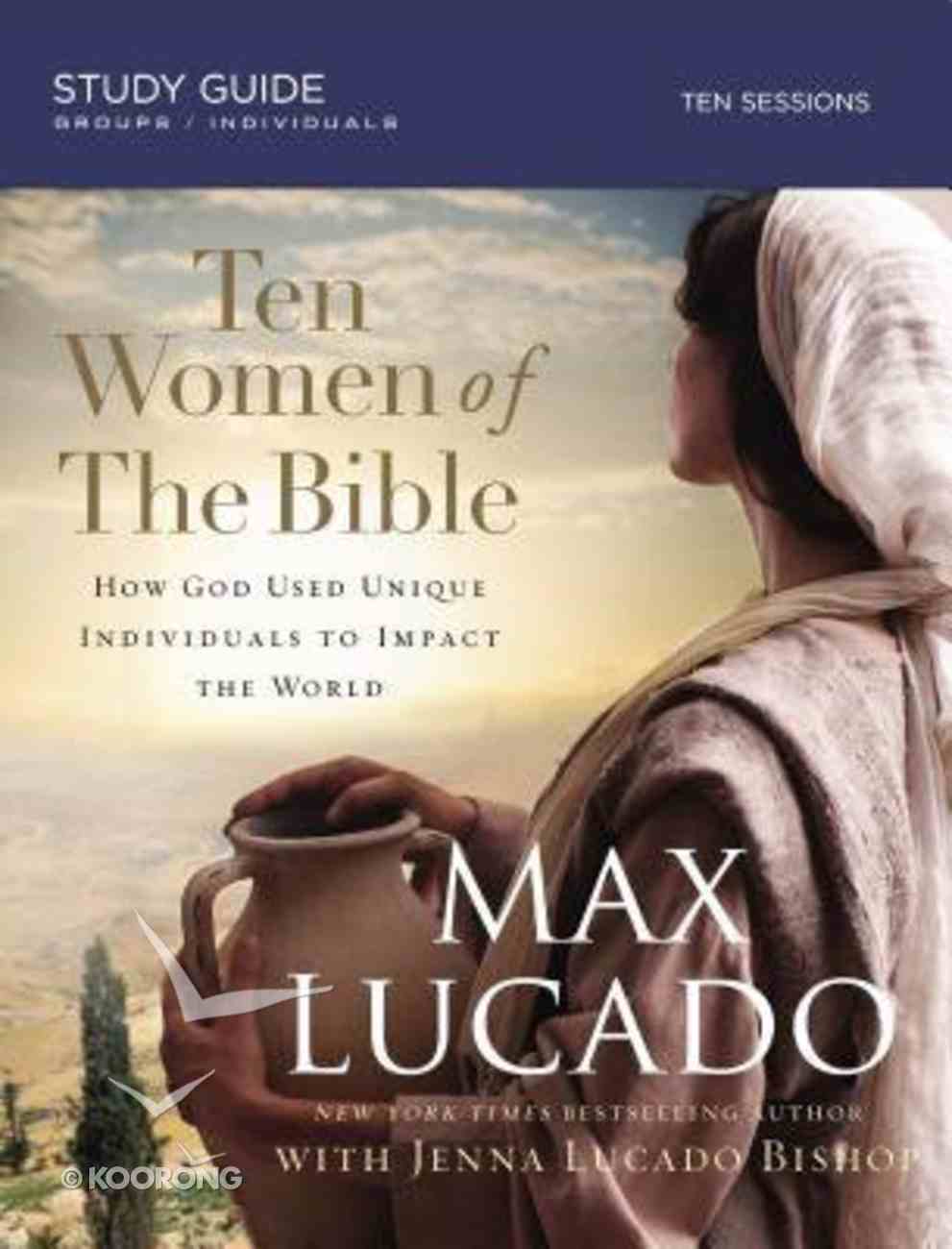 Ten Women of the Bible: How God Raised Up Unique Individuals to Impact the World

: We don't even know all their names. Some are referred to only by their nationality, such as the "Samaritan" Woman or the "Canaanite" Woman. Some are known only by the place where they lived, such as Mary of Bethany...

:
We don't even know all their names. Some are referred to only by their nationality, such as the "Samaritan" Woman or the "Canaanite" Woman. Some are known only by the place where they lived, such as Mary of Bethany or Mary Magdalene. Some would become queens, like Esther and Abigail, while others, like Rahab, would live on the fringes of society. One would give birth to a nation (Sarah), and one would give birth to the Messiah (Mary). And while they lived in a society in which the contributions of women were often overlooked, their actions stood out to the writers of Scripture. As we study their lives, we find important truths that God wants us to grasp.


In this 10-lesson workbook, Max Lucado tells some of his favorite accounts of these women in the Bible.

Sarah: Kingdom of the Absurd Rahab: Checkered Pasts Abigail: Barbaric Behavior Esther: Touching the King's Heart Mary: Calamities of the Common Scale The Samaritan Woman: Two Tombstones The Canaanite Woman: Why God Smiles Mary of Bethany: Risky Love Mary Magdalene: It's All Right to Dream Again Sapphira: Do Good, Quietly
Each lesson includes five insights on each character and Bible study questions to help readers delve into the stories and apply them to their lives.

Anxious For Nothing (Study Guide With Dvd)
Max Lucado
Paperback

What on Earth Am I Here For? (Study Guide) (The Purpose Driven Life Series)
Rick Warren
Paperback