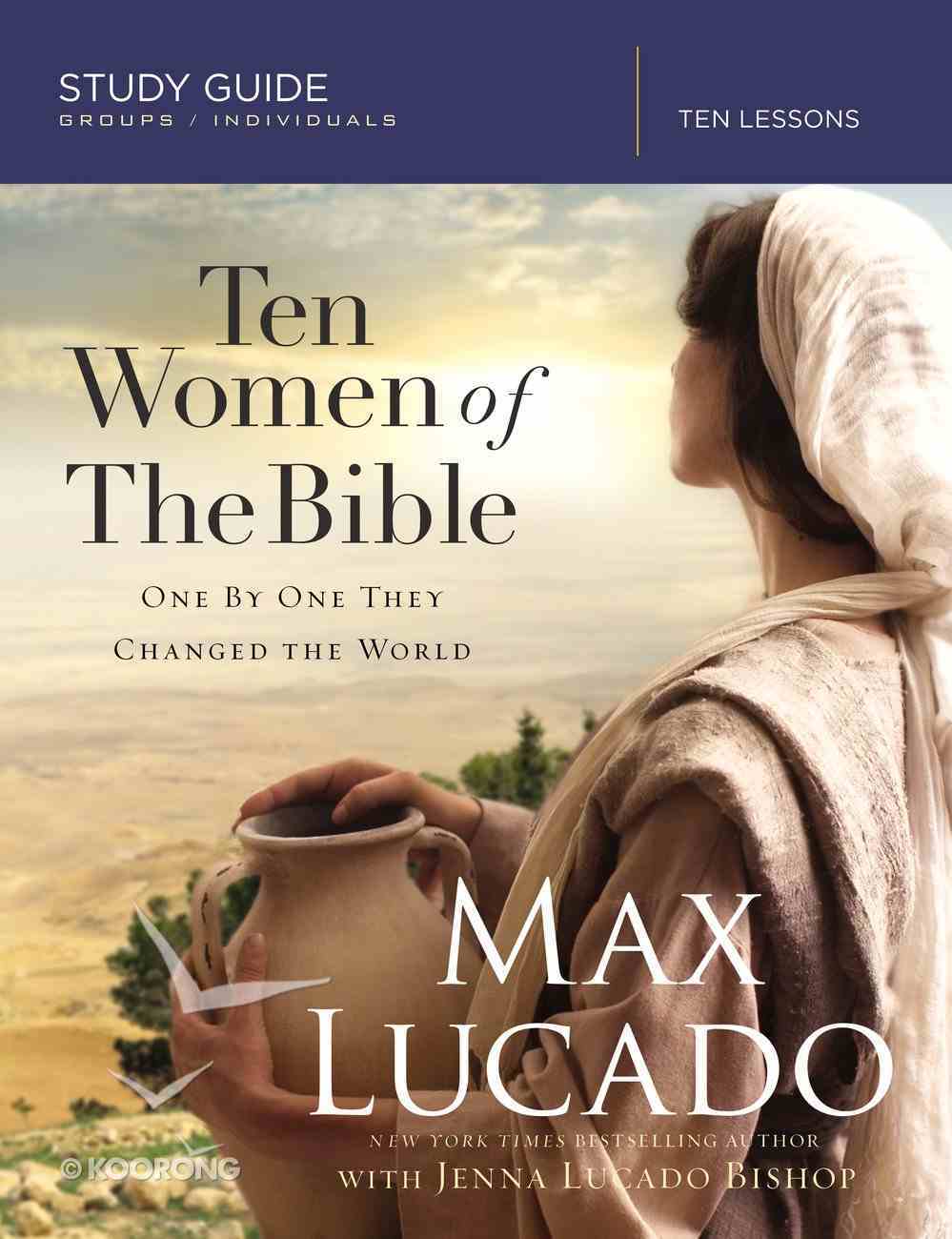 Ten Women of the Bible

Do you ever feel like a second-class citizen in this world? Do you wonder how God could possibly use you to change lives? For women in Bible times, these weren't even questions they thought about. Being overlooked, marginalized,...

The Remarkable Women of the Bible
Elizabeth George
Paperback

Wisdom From Women in the Bible
John C Maxwell
eBook

Do you ever feel like a second-class citizen in this world?


Do you wonder how God could possibly use you to change lives?


For women in Bible times, these weren't even questions they thought about. Being overlooked, marginalized, having your contributions discounted because you're a woman...it's just the way things were. In this 10-lesson workbook, Max Lucado tells some of his favorite accounts of women in Scripture and the remarkable way God broke down cultural barriers to use them in the unfolding of His story.

Sarah, the woman whom God promised would give birth to a nation, but who tried to rush things when God's promises didn't seem to be coming to pass. Rahab, a prostitute in the Canaanite city of Jericho, who would save herself and her family through her faith in the one true God of the Israelites. Abigail, a woman forced to play peacemaker by the barbaric behavior of her husband. Esther, a young queen whom God placed in the Persian court for "such a time as this" to prevent the genocide of the Jewish people. Mary, the young virgin pledged to Joseph, whom God would choose to give birth to Jesus, the promised Messiah who would save the world. The Samaritan Woman, who would meet this Messiah at a well one day. His words would forever after change her life. The Canaanite Woman, who made God smile with her wit and faith, and who received from Jesus an answer to her prayer. Mary of Bethany, a friend of Jesus who witnessed the resurrection of her brother, Lazarus, and then anointed Christ in anticipation of his death and resurrection. Mary Magdalene, who followed Jesus despite the injustice of a world that judged her for her past and said she would always be considered a failure. Sapphira, a woman in the early church who, along with her husband, made the unfortunate (and deadly) decision to lie to the Holy Spirit.
These stories show us there is a God who sees us where we are and loves us for who we are. He is the one who hovers over all the pages of the Bible, shaping lives, rescuing hearts, healing sicknesses, raising what was dead to life, and passing out high callings to those who choose to follow him and have faith in him.

5 Daily in-depth Bible studies to help you explore the stories in Scripture Daily points to remember to help you summarize the key points Daily prayers to help you focus your thoughts and move into your quiet time Weekly memory verses to help you hide God's word in your heart Additional notes to help you lead a group through the study
Ten Women of the Bible is a standalone workbook, ideal for both individual use and for study in a small-group setting.