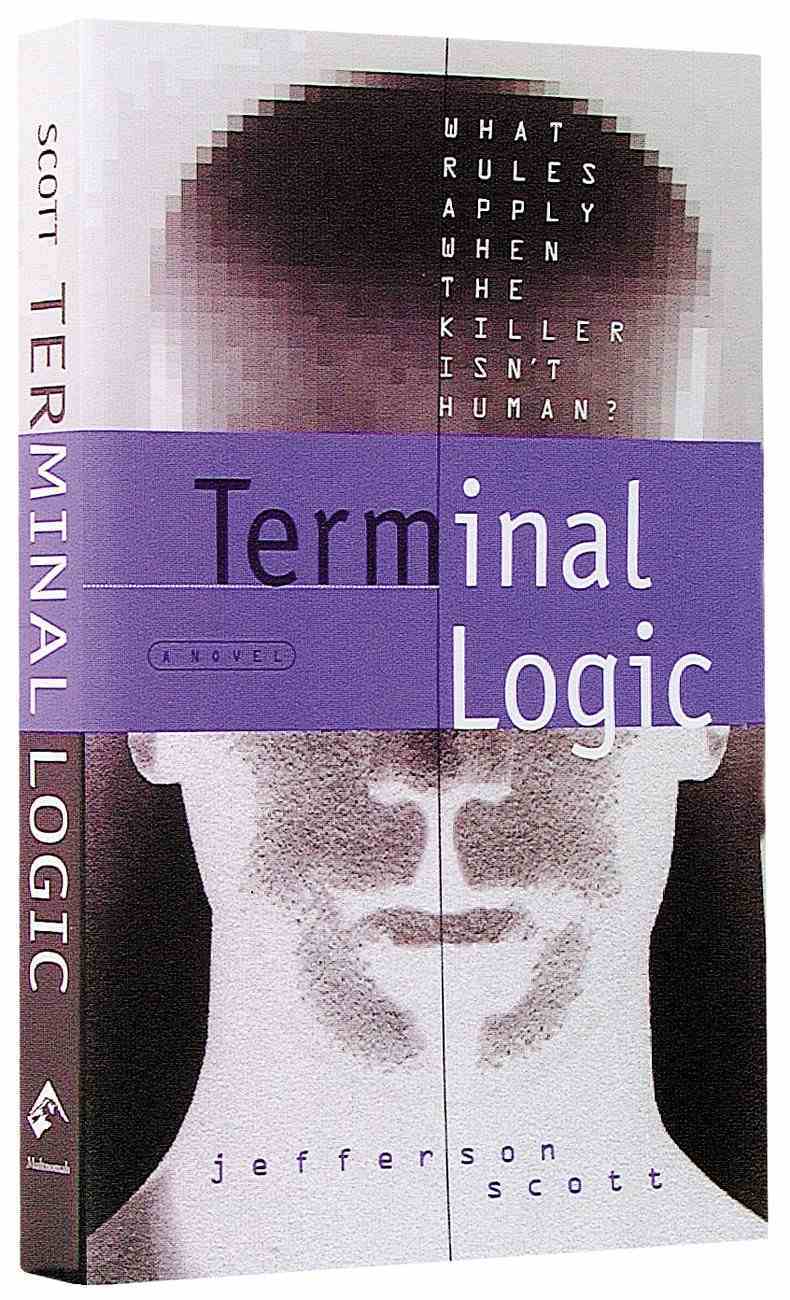 When a message of impending annihilation appears on millions of computer screens in 2006, most take it as a prank. But virtual reality programmer, Ethan Hamilton discovers a situation of nightmarish potential. Even the FBI must stand by while he...

When a message of impending annihilation appears on millions of computer screens in 2006, most take it as a prank. But virtual reality programmer, Ethan Hamilton discovers a situation of nightmarish potential. Even the FBI must stand by while he battles an intelligence bent on destruction. 358 pages, from Multnomah.

In the year 2007, every GlobeNet user receives the following e-mail message: "This is your God. I have become displeased with all my worlds. Things have become unmanageable. Therefore I will wipe out all participants and begin again. Prepare to be purged." When people begin dying in bizarre accidents, it is once again up to Christian programmer Ethan Hamilton to save users from high-tech destruction. Only this time, his adversary is a being whose emergence may signal the advent of the Apocalypse.
-Publisher

Who's behind the rogue bots that are haunting GlobeNet?I heard about a young man who met a young lady in an online multiplayer game called a MUD (Multi-User Dungeon). He met with her every waking moment for days--flirting, talking, philosophizing, etc. It wasn't until much later that he realized she was a computer. Later I heard about an advanced artificial intelligence entity, a bot, that was mistakenly "set loose" on the Internet during a network test. These two things were the seeds that led to my second novel, "Terminal Logic." "Teminal Logic" is the second book featuring Christian virtual reality programmer Ethan Hamilton. In the first book, "Virtually Eliminated," Ethan grapples with a cyberspace mastermind who is executing people online. In "Terminal Logic," Ethan goes up against what he thinks is another such evil genius. He's wrong. Renegade AI bots begin appearing all over GlobeNet where they should not be, doing what they should not do--including terminating online users--all in the guise of humanity. You see, some of these bots are so advanced, if you don't know you're speaking with a computer you may never figure it out. If you're a soldier and a superior officer visits you online, giving orders, you follow them. Too bad that superior officer was an escapee from an online combat game. Behind all the rogue bots, there is a unifying intelligence. This personality is omniscient, omnipresent, and virtually omnipotent. And he's bent on activating the US Military's secret ring of attack satellites. Most of his most powerful minions are demonic in appearance. Ethan begins to suspect he's up against the Antichrist.When the satellite network's defenses fall to this evil one, Ethan must find a way to stop him, or nine-tenths of humanity will perish.
-Publisher

Ryan Dobson ýRyan Dobson's hands-on knowledge of youth culture and his speaking experience have propelled him to the forefront of today's younger generation. Ryan travels extensively, speaking more than 100 times a year at events ranging from youth camps to crisis pregnancy center fundraisers. A graduate of Biola University with a degree in communications, Ryan lives in southern California, where he loves to surf Orange County's top beaches and skateboard with friends. ýJefferson Scott ýJefferson Scott has written extensively for "Christian Single, Focus on the Family Clubhouse, "and A