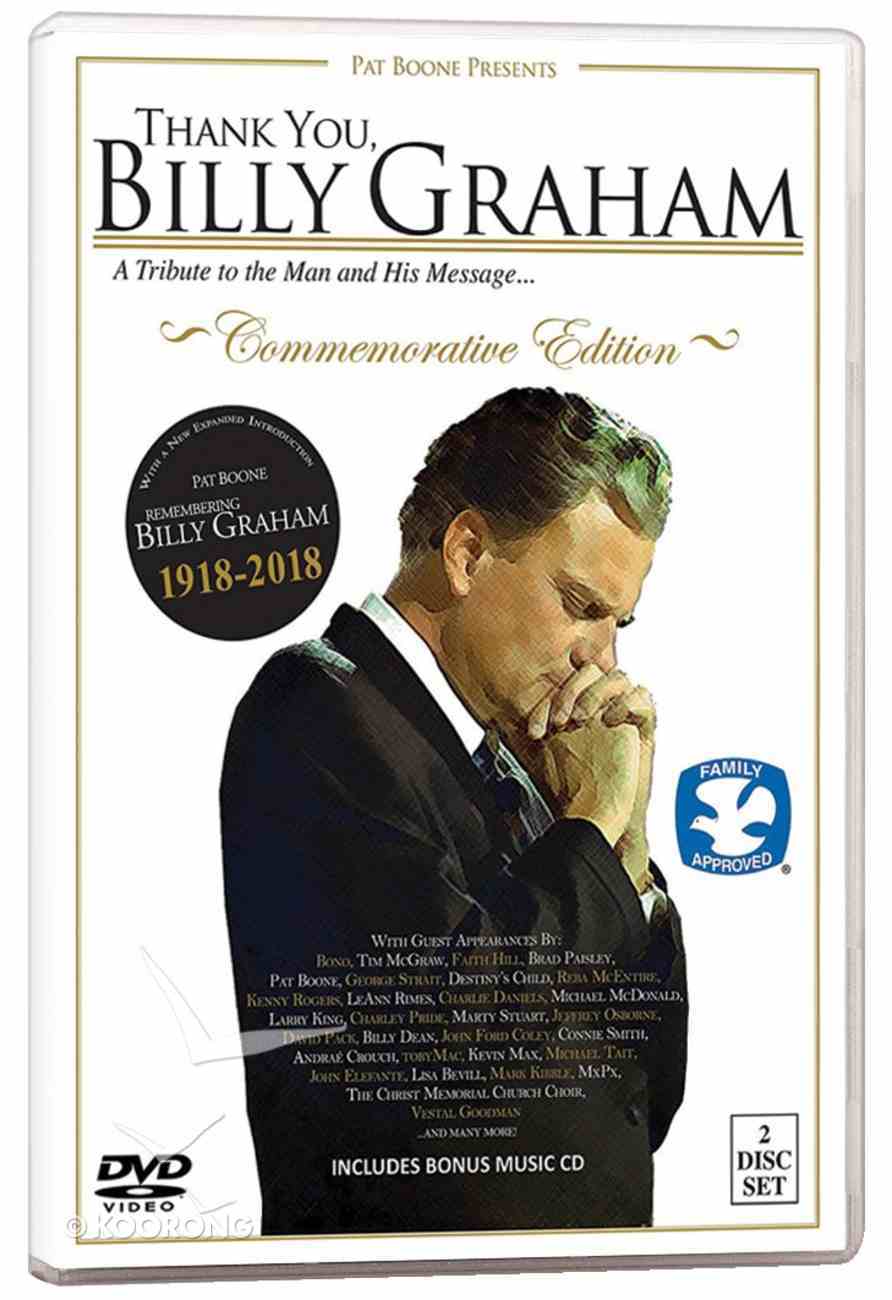 Thank You, Billy Graham: A Tribute to the Man and His Message (2 Dvds)

A Tribute to the Man and His Message... Evangelist Billy Graham preached the Gospel to nearly 215 million people in more than 185 countries and territories. His counsel was sought by presidents and heads of state, and he received...

A Tribute to the Man and His Message...

Evangelist Billy Graham preached the Gospel to nearly 215 million people in more than 185 countries and territories. His counsel was sought by presidents and heads of state, and he received numerous awards, including the Congressional Gold Medal.

Now, in this special Commemorative Edition, one-of-a-kind biographical tribute, with a new and expanded introduction by Pat Boone - ''Remembering Billy Graham,'' the world's leading entertainers come together to pay homage to this American hero through personal testimonials and the joining of their voices in a multi-artist, anthemic performance of ''Thank You, Billy Graham,'' written and produced by motion picture actor and recording artist Pat Boone, Grammy-winning Rock artist David Pack (Ambrosia), and Country star Billy Dean.

Special features include hundreds of hours of interviews and in-studio footage condensed into a documentary style, behind-the-scenes look at ''The Making Of'' this heartfelt tribute to the life and ministry of Reverend Billy Graham.

Not since ''We Are The World'' has there been a multi-artist project of this magnitude!

Pat Boone was second only to Elvis in the 1950s and early 1960s as the most popular singer at that time. In his trademark white buck shoes, Boone skyrocketed to fame with such hits as "Two Hearts," "Ain't That A Shame," "I Almost Lost My Mind," "Love Letters in the Sand," and "Sugar Moon." He appeared in 15 movies, including "Bernardine," "April Love," "State Fair," and "Journey to the Center of the Earth" and hosted his own televisions series, "The Pat Boone/Chevy Showroom," for three years. In the 60s and 70s the Boone family toured as gospel singers and recorded gospel albums, such as "The Pat Boone Family" and "The Family Who Prays." Pat is a direct descendant of pioneer Daniel Boone. He and his wife, Shirley, have four daughters – Cherry, Lindy, Debby, and Laury.