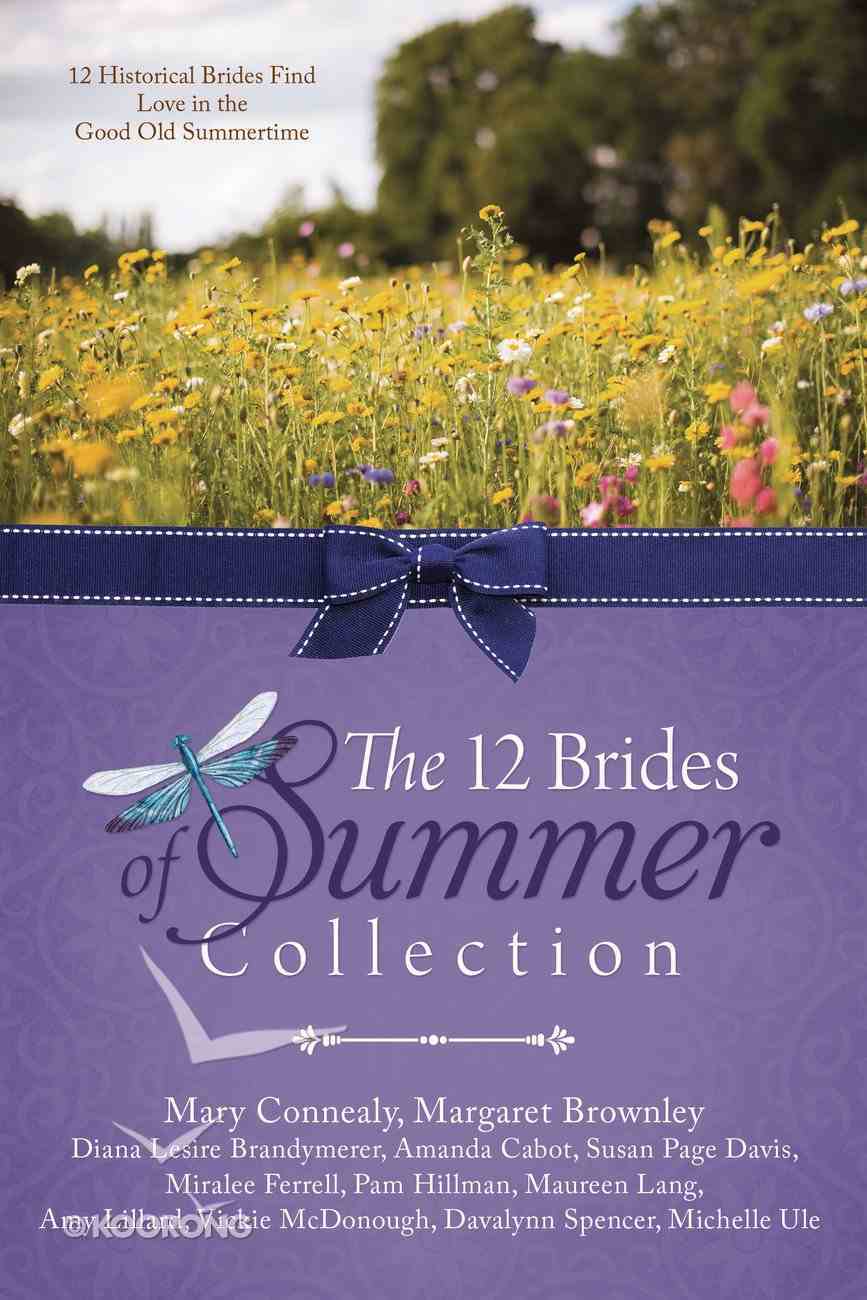 The 12 Brides of Summer Collection

Twelve Victorian romances introduce women on summertime adventures-including the beekeeper who is afraid of bees, the music teacher whose dog has dug up a treasure, the baker who enters a faux courtship, and six others. Will the men who bring...

Twelve Victorian romances introduce women on summertime adventures-including the beekeeper who is afraid of bees, the music teacher whose dog has dug up a treasure, the baker who enters a faux courtship, and six others. Will the men who bring romance to their lives stay around when summer fades to fall?

Davalynn Spencer is a public school teacher, award-winning journalist, and former religion editor whose stories and photographs have appeared in Sunday school publications and national magazines such as the Western Horseman, American Cowboy and Prorodeo Sports News. She speaks and sings at womens retreats and currently writes, About Your Kids, a weekly education column for a midsize daily newspaper in California. She is also a wife and mother and lives with her husband Mike in the foothills of Californias Sierra Nevada mountains.

VICKIE MCDONOUGH is the author of over twenty books including the "Texas Boardinghouse Brides" series. Vickie's books have won the Inspirational Reader's Choice Contest, Texas Gold, and the ACFW Noble Theme contest. Vickie lives in Oklahoma and is a wife of 35 years. She has 4 grown sons and one granddaughter. Visit Vickie's website: www.vickiemcdonough.com.

"Mary Connealy " " " "Mary lives on a Nebraska ranch with her husband, Ivan, and has four grown daughters: Joslyn (married to Matt), Wendy, Shelly (married to Aaron), and Katy. And she is the grandmother of two beautiful grandchildren.

MIRALEE FERRELL is the author of five novelsincluding Love Finds You in Tombstone, Arizona.She lives in Washington with Allen, her husband ofover 37 years, and they have two grown children.Miralee serves on staff at her local church and isactively involved in ministry to women. Read moreat miraleeferrell.com.

Navy wife Michelle Ule is a writer, genealogist, and Bible study leader. She graduated from UCLA with a degree in English Literature and married a submarine officer whom she followed all over the world with their four children. Michelle lives in northern California with her family.

Susan Page Davis is the author of more than thirty published novels. She's a Carol Award Winner and a two-time winner of the Inspirational Readers' Choice Award. In 2011, Susan was named Favorite Author of the Year in the 18th Annual Heartsong Awards. A native of Maine, she and her husband, Jim, now live in western Kentucky.