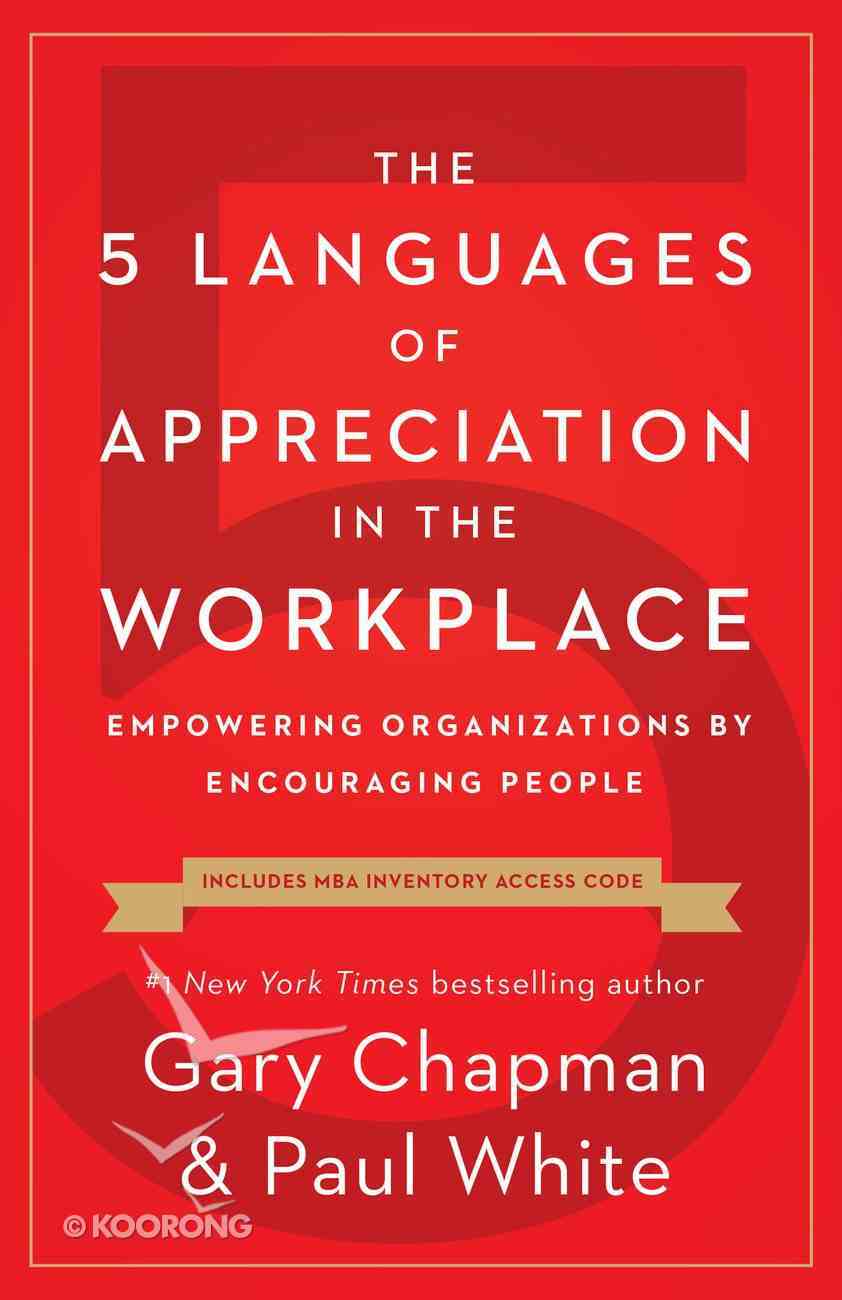 The 5 Languages of Appreciation in the Workplace

Based on the #1 New York Times bestseller The 5 Love Languages®(over 12 million copies sold), Dramatically improve workplace relationships simply by learning your coworkers' language of appreciation. This book will give you the tools...

The Vibrant Workplace: Overcoming the Obstacles to Creating a Culture of Appreciation
Paul E White
Paperback

Based on the #1 New York Times bestseller The 5 Love Languages®(over 12 million copies sold),


This book will give you the tools to improve staff morale, create a more positive workplace, and increase employee engagement. How? By teaching you to effectively communicate authentic appreciation and encouragement to employees, co-workers, and leaders. Most relational problems in organizations flow from this question: do people feel appreciated? This book will help you answer "Yes!"


A bestseller-having sold over 300,000 copies and translated into 16 languages-this book has proven to be effective and valuable in diverse settings. Its principles about human behavior have helped businesses, non-profits, hospitals, schools, government agencies, and organizations with remote workers.


PLUS! Each book contains a free access code for taking the online Motivating By Appreciation (MBA) Inventory (does not apply to purchases of used books). The assessment identifies a person's preferred languages of appreciation to help you apply the book. When supervisors and colleagues understand their coworkers' primary and secondary languages, as well as the specific actions they desire, they can effectively communicate authentic appreciation, thus creating healthy work relationships and raising the level of performance across an entire team or organization.


Take your team to the next level by applying The 5 Languages of Appreciation in the Workplace.

The late Dr. Paul White was a well-known Australian writer and medical missionary in Tanganyika. He developed comics from his Christian storybooks. THE JUNGLE DOCTOR comics are a series of jungle animal fables in cartoon form with Gospel messages for children. Each comic contains a complete, original parable and ends with a page explaining the spiritual application.They have been translated into 106 languages and have sold over 1 million copies worldwide. THE JUNGLE DOCTOR comics have been used in every setting, from Scripture classes to beach missions.- Publisher.

The 21 Indispensable Qualities of a Leader
John C Maxwell
Paperback

Your Best Year Ever: A 5-Step Plan For Achieving Your Most Important Goals
Michael S Hyatt
Paperback