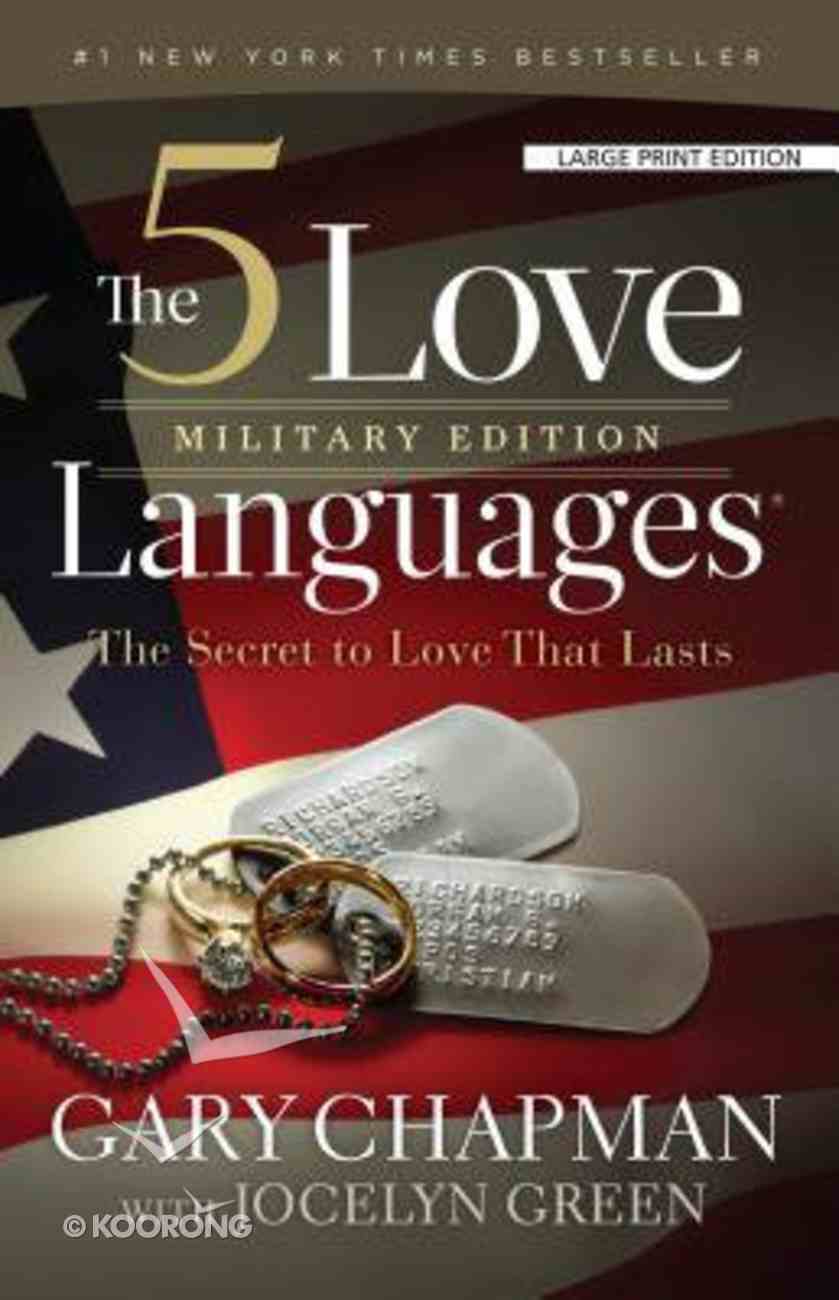 Chapters are categorised by love language for easy reference, and each one ends with simple steps to express a specific language to your spouse. You can build a lasting, loving marriage together.

"The Five Love Languages is consistently ranked in the top 5 books in the New York Times' bestseller list. We have not only benefitted personally in our marriage from Gary Chapman's insights, but it has helped us in our relationships with our children, our wider family and our friends. It is an immensely practical book that is easy to give to anyone interested in strengthening their relationships - whether or not they have a Christian faith."
~~ Nicky and Pippa Gumbel - Vicar of HTB and Pioneers of Alpha

"Gary Chapman's insights in The Five Love Languages have been of enormous help to us in our own marriage and family life. Discovering how another person feels loved, often in a very different way to ourselves, is the key to putting love into action. Countless other couples and parents have been similarly impacted by Gary's insights and we have been so grateful to be able to include them in The Marriage Course, The Marriage Preparation Course and The Parenting Courses. We could not recommend the Five Love Languages too highly and actively promote it wherever we can."
~~ Nicky and Sila Lee - Founders of The Marriage Course

Marriage is hard enough. But imagine marriage when you're separated by thousands of miles, when one of you daily faces the dangers of combat while the other shoulders all the burden of homefront duties. It's no wonder military marriages are under stress. Military couples need a special resource to help them navigate marriage in the midst of it all. The 5 Love Languages has a successful track record of helping heal broken relationships and strengthen healthy ones. Now this #1 New York Times bestseller has been adapted specifically for military couples. It will help you and your partner identify your love languages so you can put the principles to work for you immediately. Book jacket.
-Publisher