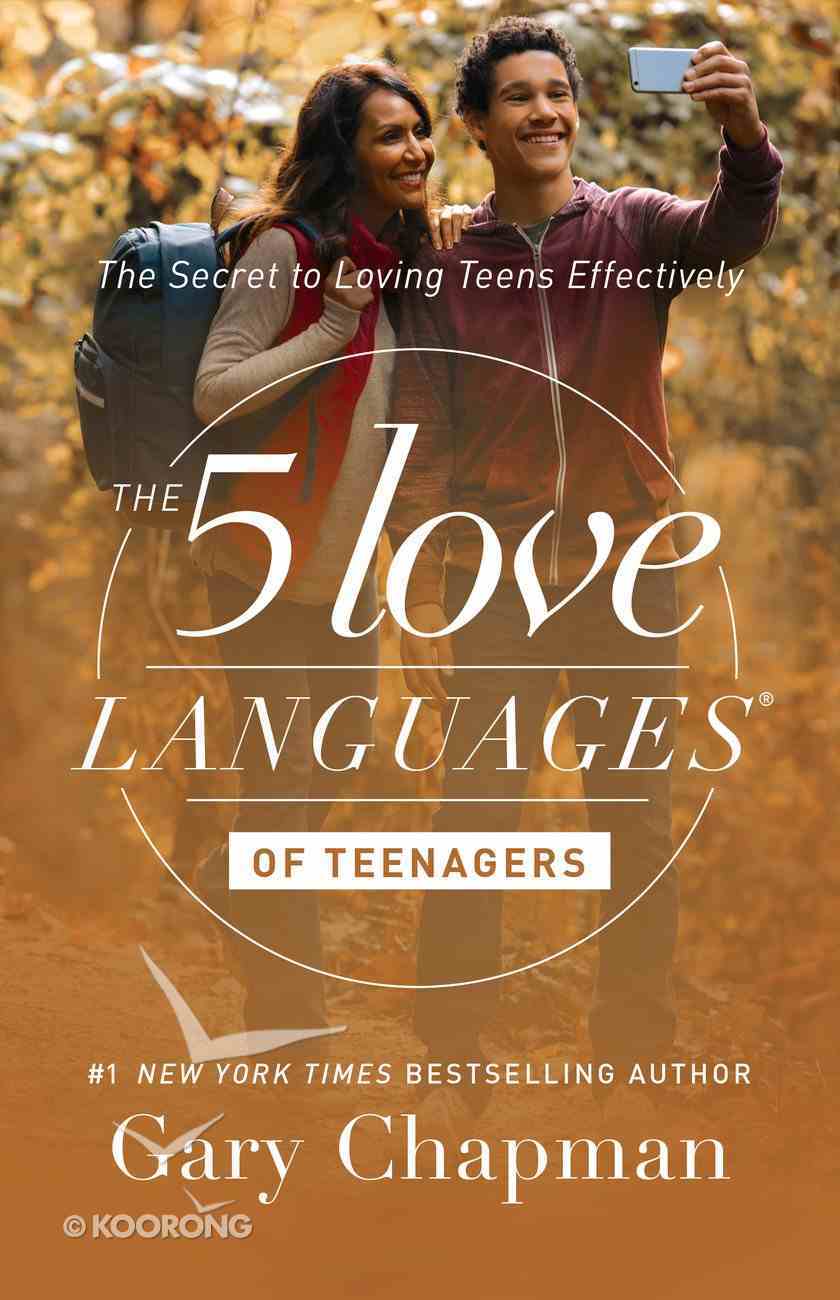 The 5 Love Languages of Teenagers: The Secret to Loving Teens Effectively

Over 600,000 copies sold! Socially, mentally, and spiritually, teenagers face a variety of pressures and stresses each day. Despite these pressures, it is still parents who can influence teens the most, and The 5 Love Languages of Teenagers equips...

The Language of Love: The Secret to Being Instantly Understood
Gary Smalley, John Trent
Paperback

Over 600,000 copies sold! Socially, mentally, and spiritually, teenagers face a variety of pressures and stresses each day. Despite these pressures, it is still parents who can influence teens the most, and The 5 Love Languages of Teenagers equips parents to make the most of that opportunity.


In this adaptation of the #1 New York Times bestseller The 5 Love Languages(more than 10 million copies sold), Dr. Gary Chapman explores the world in which teenagers live, explains their developmental changes, and gives tools to help you identify and appropriately communicate in your teen's love language.

Get practical tips for how to:

Express love to your teen effectively Navigate the key issues in your teen's life, including anger and independence Set boundaries that are enforced with discipline and consequences Support and love your teen when he or she fails
Get ready to discover how the principles of the five love languages can really work in the life of your teenage and family.

Growing With: Every Parent's Guide to Helping Teenagers and Young Adults Thrive in Their Faith, Family and Future
Kara Powell, Steven Argue
Paperback

How to Really Love Your Teen
Ross Campbell
Paperback

Your Teenager is Not Crazy: Understanding Your Teen's Brain Can Make You a Better Parent
Jerusha Clark, Jeramy Clark
Paperback

Growing With: Every Parent's Guide to Helping Teenagers and Young Adults Thrive in Their Faith, Family and Future
Kara Powell, Steven Argue
Hardback

Screens and Teens: Connecting With Our Kids in a Wireless World (Life Better Together Series)
Kathy Koch
Paperback

Have a New Teenager By Friday: From Mouthy and Moody, to Respectful and Responsible in 5 Days
Kevin Leman
Paperback