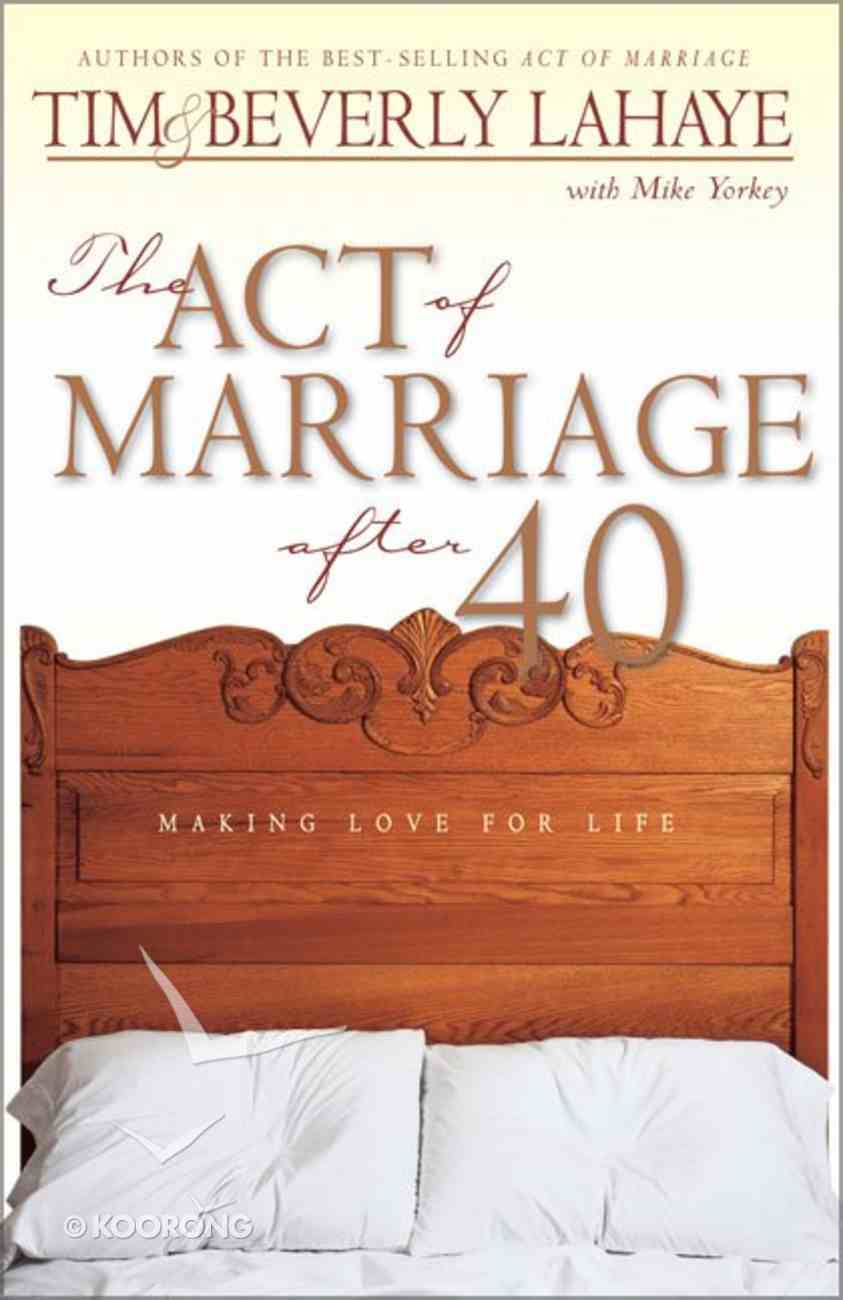 The Act of Marriage After 40

Yes, lovemaking does change after 40, but it is still the most thrilling experience two married people of the opposite sex can experience on this earth!In this practical, fun-to-read, illustrated guidebook, Tim and Beverly LaHaye cover a broad spectrum of...

Yes, lovemaking does change after 40, but it is still the most thrilling experience two married people of the opposite sex can experience on this earth!In this practical, fun-to-read, illustrated guidebook, Tim and Beverly LaHaye cover a broad spectrum of key topics and show married couples how to experience a more satisfying and joy-filled sex life long after age 40.Millions of married couples have questions about sexual intimacy. Yet all too often, their questions go unasked . . . or unanswered. This easy-reading, medically sound book candidly addresses issues of intimacy.Does sexual desire actually reverse with aging?How does menopause affect a woman's sex drive?How can exercise and nutritional supplements improve our sex life?Is there such a thing as male menopause?What can we do to put more spark into our lovemaking?You'll learn about sexual desire and dysfunction. Understand the risk and temptation of extramarital affairs. Gain a better understanding of menopause and the dangers
-Publisher

The Act of Marriage After 40, written by Tim and Beverly LaHaye with a Christian physician, follows the hugely popular book The Act of Marriage (more than two and a half million copies in print). The Act of Marriage After 40 covers such topics as nutrition (how do nutritional supplements affect your sex life?), fitness, sexual desire (does sexual desire actually reverse with age?), male impotence (psychological and physical causes, including a discussion of Viagra), female hormone drugs (the effect on desire), menopause and hysterectomy sex, first-time marriage after 40, and much more.
-Publisher