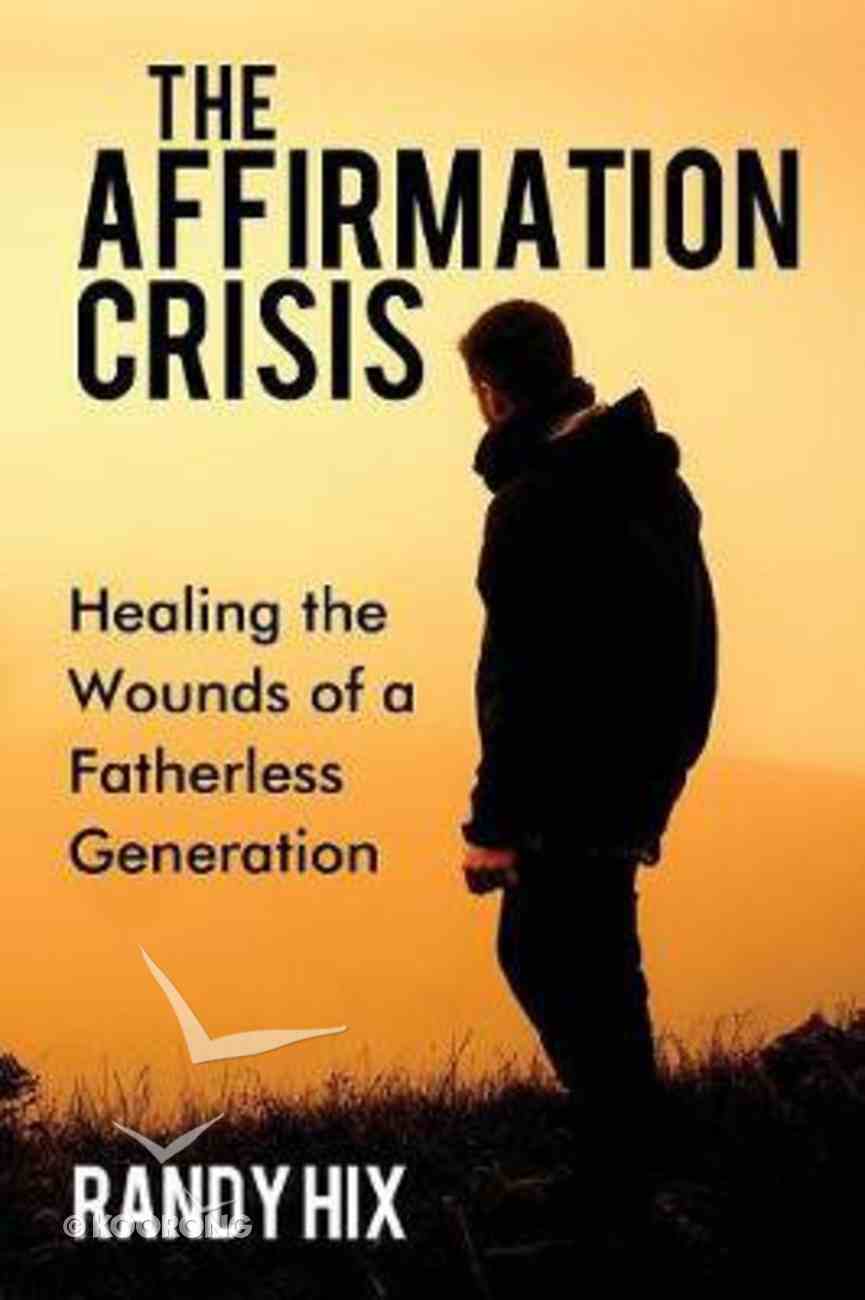 The Affirmation Crisis: Healing the Wounds of a Fatherless Generation

:There is an Affirmation Crisis. It is the result of fatherlessness. Generations have grown up without a father. Whether physically or emotionally absent, it leaves in the child a wound of absence. Fatherlessness has become a major social problem in...

Out of Control and Loving It
Lisa Bevere
eBook

Yes You Can: Unlock the Power of Your Mind and Bring Meaning, Happiness and Prosperity to Your Life
Jack Collis
eBook

In Every Pew Sits a Broken Heart
Ruth Graham
Paperback

In Every Pew Sits a Broken Heart
Ruth Graham
eBook

:There is an Affirmation Crisis. It is the result of fatherlessness. Generations have grown up without a father. Whether physically or emotionally absent, it leaves in the child a wound of absence. Fatherlessness has become a major social problem in America, even an epidemic, with approximately 50% of children under the age of 18 not living in the same home as their biological father. It has been documented in many ways and, yet it is a secret hidden in plain view. Over the last fifty years the family has been under attack. Concepts and opinions concerning the family have changed and a new perception of family has emerged. Much of the destruction of the family has been popularized and normalized through the media and arts and entertainment. The large percentage of marriages that end in divorce and the increasing trend of out of wedlock births, seems to have contributed to a widespread belief that being a single parent is somehow a noble venture, and that the father is unimportant to raising children. There are indeed many exceptional single parents. But these are the exceptions to the rule as statistics prove.It is as if there were a systematic scheme in the works to destroy our society by using progressive cultural engineering. The influence of popular approaches to the family in the media, that rejects traditional and biblical norms of family construction, is creating a confused, depressed, and fractured population. Men and women with a confused self-identity and self-confidence are the product of this fatherlessness epidemic and this affirmation crisis.Today, after over a hundred years of cultural fatherlessness, we have seen multiple generations who have grown up without the father's emotional and often physical influence and support. Combine that with two world wars, economic challenges, media influence, rising divorce rates, sexual identity conflict, and you are left with a generation of wandering fatherless children. Many of these fatherless children are wounded adults who continue to live their lives not knowing that they are suffering from the wound of absence referred to as the "father wound."The "father wound" in short is the absence of the emotional blessing that only the father can provide to the child. One of the major responsibilities of the father is the modeling and impartation of true fatherhood. A father is the God given instrument that identifies the child as well as gives the child a sense of self and self-confidence. This is true for both men and women. Every young man is waiting for his father to tell him he has what it takes. Every young woman is waiting for a father to show her that she is beautiful and worthy to be pursued and protected. Every young man looks to his father for affirmation and identity. Every young girl is looking to the father for her identity and affirmation as a woman.The father identifies the child. The father calls forth the masculine in the son and the femininity of the daughter. Without this essential input from Dad, the boy struggles to see himself as a man and the girl struggles to identify as a woman. Their spirit cries out for a father to save them.Our fathers have a special role to play in our discovery of who we are in life. This is why a father telling his child a statement like "You'll never amount to anything" has such a devastating effect. On the other hand, a father who lovingly affirms his child is giving him a solid foundation towards developing into a healthy, well-adjusted adult.In 'The Affirmation Crisis' Pastor, Teacher and Missionary, Randy Hix details the serious impact this fatherlessness epidemic is having on our society and individuals. Randy explains our Heavenly Father's original plan for the family and how to receive the needed affirmation and healing needed to mend the wounded heart
-Publisher

Randy Hix has spent over 35 years as a missionary, Bible schoolteacher, and apostolic leader, and has ministered to people and churches all over the Unites States and Eastern Europe.nbsp; In 1999, Randy and wife Renee lived in Ukraine for two years, where they fathered a new church and Bible School in Odessa and ministered throughout Ukraine and other eastern Europe countries. Randy and Renee founded Legacy Leadership International in Reno, Nevada and have lived there for the past 17 years.