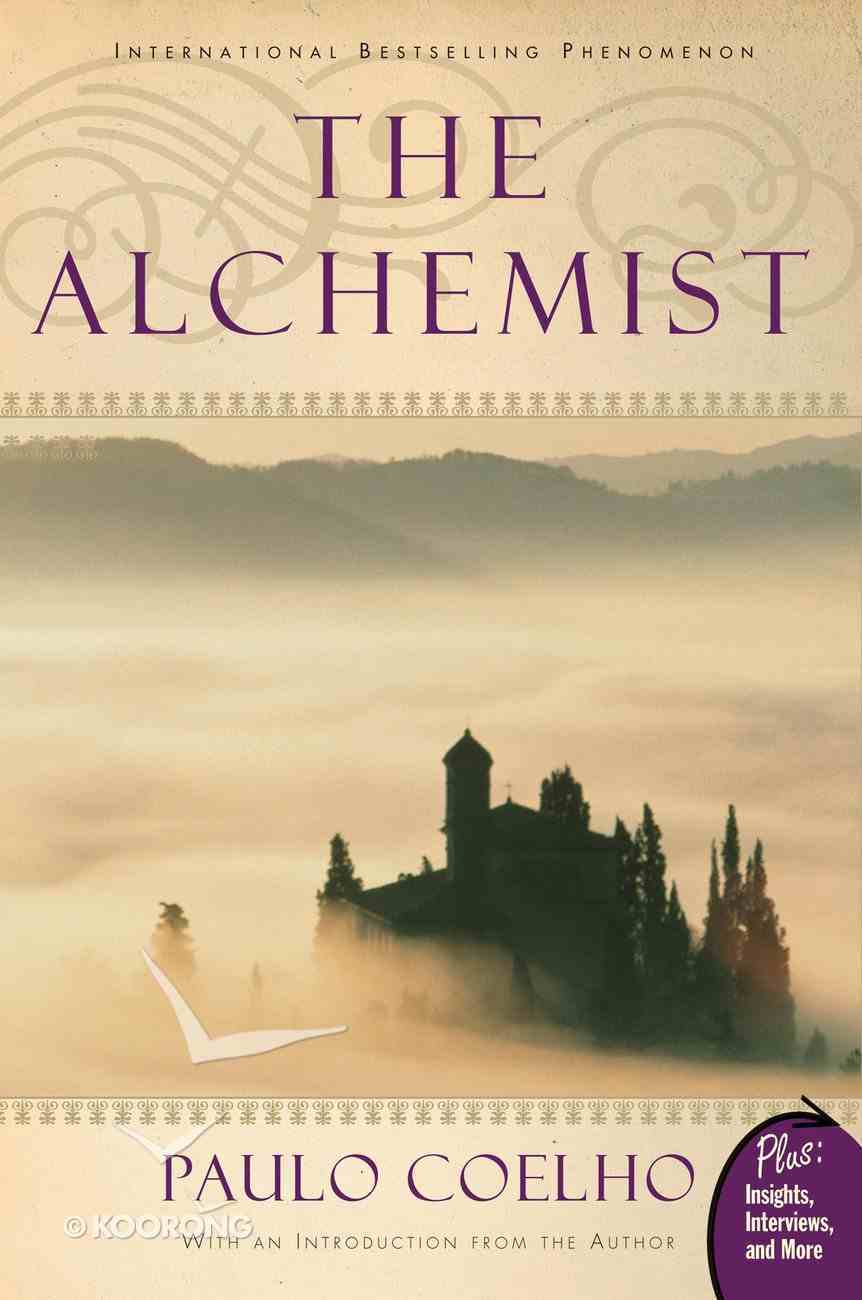 "My heart is afraid that it will have to suffer," the boy told the alchemist one night as they looked up at the moonless sky." Tell your heart that the fear of suffering is worse than the suffering itself. And...

The Angel and the Judgement
Don Nori
Paperback

The Indwelling (#07 in Left Behind Series)
Tim Lahaye, Jerry B Jenkins
eBook

The Mark (#08 in Left Behind Series)
Tim Lahaye, Jerry B Jenkins
eBook

The Remnant (#10 in Left Behind Series)
Tim Lahaye, Jerry B Jenkins
eBook

"My heart is afraid that it will have to suffer," the boy told the alchemist one night as they looked up at the moonless sky." Tell your heart that the fear of suffering is worse than the suffering itself. And that no heart has ever suffered when it goes in search of its dreams."


Every few decades a book is published that changes the lives of its readers forever. The Alchemist is such a book. With over a million and a half copies sold around the world, The Alchemist has already established itself as a modern classic, universally admired. Paulo Coelho's charming fable, now available in English for the first time, will enchant and inspire an even wider audience of readers for generations to come.


The Alchemist is the magical story of Santiago, an Andalusian shepherd boy who yearns to travel in search of a worldly treasure as extravagant as any ever found. From his home in Spain he journeys to the markets of Tangiers and across the Egyptian desert to a fateful encounter with the alchemist.


The story of the treasures Santiago finds along the way teaches us, as only a few stories have done, about the essential wisdom of listening to our hearts, learning to read the omens strewn along life's path, and, above all, following our dreams.

Author Paulo Coelho was born in Rio de Janeiro, Brazil on August 24, 1947. He attended a Jesuit school. As a teenager, Coelho wanted to become a writer. His parents were not in favor of this decision because they wanted something more substantial and secure for him (his father was an engineer). At 17, Coelho's introversion and opposition to his parents led them to commit him to a mental institution (he escaped three times before being released at the age of 20). He then enrolled in law school because of their aspirations for him. At that point, he abandoned his ideas of becoming a writer. He stayed in law school for one year. In 1986, Coelho walked the 500-plus mile Road of Santiago de Compostela in northwestern Spain, a turning point in his life. On the path, he had a spiritual awakening, which he described autobiographically in his book, The Pilgrimage. Before becoming a full-time author, he worked as theatre director and actor, lyricist and journalist. He wrote song lyrics for many famous performers in Brazilian music, such as Elis Regina, Rita Lee, and Raul Seixas. His first book, Hell Archives, was published in 1982. He has written over 25 books since then including The Alchemist, Brida, The Fifth Mountain, The Devil and Miss Prym, Eleven Minutes, The Zahir, The Witch of Portobello, and Like a Flowing River. He has won numerous awards for his work including Las Pergolas Prize 2006 by the Association of Mexican Booksellers, The Budapest Prize, Nielsen Gold Book Award, and the Grand Prix Litteraire Elle. In 1996, Coelho founded the Paulo Coelho Institute, which provides aid to children and elderly people with financial problems. In September 2007, Coelho was named a Messenger of Peace to the United Nations.