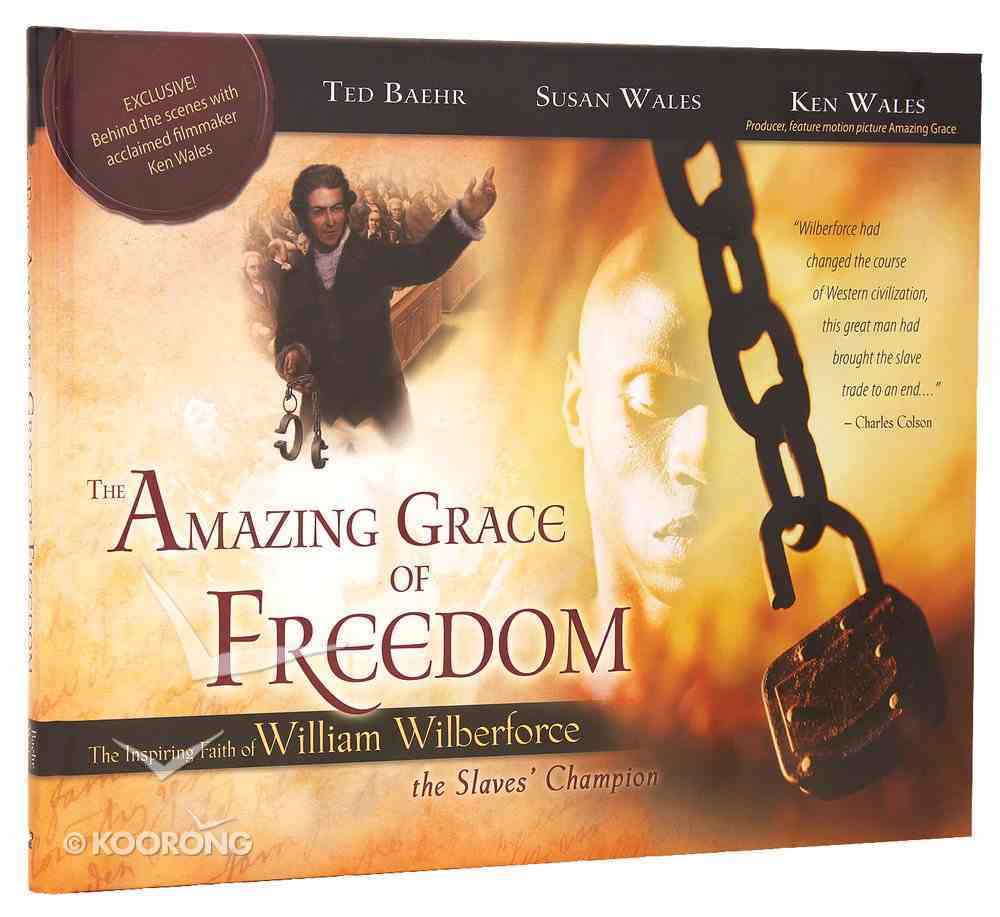 The Amazing Grace of Freedom

In spring 2007, Walden Media will be releasing the motion picture Amazing Grace which features the life of William Wilberforce and his 30-year fight to abolish slavery in England. Film producer Ken Wales has now teamed with Ted Baehr of...

How Majestic is Thy Name
Hardback

The Hand That Paints the Sky
Steve Terrill
Hardback

In spring 2007, Walden Media will be releasing the motion picture Amazing Grace which features the life of William Wilberforce and his 30-year fight to abolish slavery in England. Film producer Ken Wales has now teamed with Ted Baehr of MOVIEGUIDE and author Susan Wales to create a lavish, full-color book about the enduring legacy and powerful faith of Wilberforce. Filled with exciting historical details, this exciting book takes an indepth look at the life, times, and faith of this incredible man including essays from leading scholars demonstrating the tremendous impact of Wilberforce in his own time and in ours. Learn about the fascinating behind the scenes story of the six-year effort to see the film completed by its producer, Ken Wales, as well as enjoy the most comprehensive treatment of Wilberforce on the market including character sketches, contemporary commentaries, and images from the exciting film Amazing Grace.
-Publisher

The story of making the film Amazing Grace and the history of William Wilberforce. The book will have stills from the movie. Book also contains: a comprehensive collection of essays and commentary from ministry leaders and top scholars such as Chuck Colson, D. James Kennedy, John Piper, Alveda King, and many more; historic paintings, engravings, and documents are highlighted on every page; an extraordinary presentation of Wilberforce and his example of how God can use one person of faith to change the world. Go on location in historic England with movie photos and backstage info from the exciting production of Amazing Grace, and read an exclusive interview with Amazing Grace producer Ken Wales.
-Publisher

Wales has enjoyed a long and successful career in film and television.

Susan Wales is the author of several books including Standing on the Promises, Social Graces, The Pleasure of Your Company, Faith in Gods and Generals, and The Chase, which she co-wrote with Robin Shope. Susan is married to Hollywood producer Ken Wales. They live in Pacific Palisades, California, with their daughter, Megan. Robin Shope is the author of dozens of magazine articles, educational pieces, and short stories. She is also the co-author, with Susan Wales, of The Chase. A veteran teacher, Robin lives with her husband and two grown children in Flower Mound, Texas.

Ted Baehr is Founder and Publisher of MovieguideAA(R) (www.movieguide.org) and Chairman of the Christian Film & Television CommissionAA(R), as well as a noted critic, educator, lecturer, and media pundit. His life's purpose is to be used of God to redeem the values of the media while educating audiences on how to use discernment in selecting their entertainment.