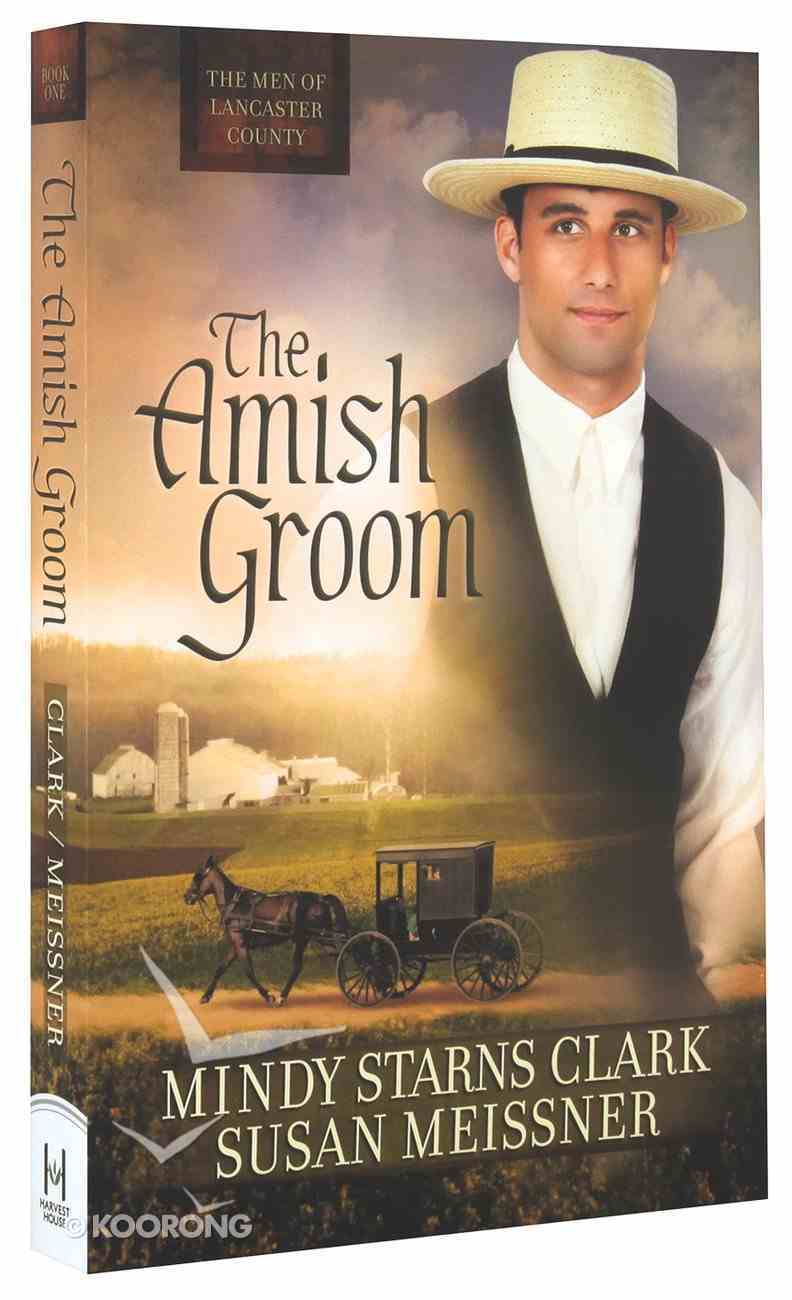 The Amish Groom (#01 in The Men Of Lancaster County Series)

From the age of 6, Tyler Anderson has been left in the care of his Amish grandparents while his father pursued a military career. Rachel Hoeck is waiting for Tyler's marriage proposal, but the return of his father calls Tyler...

From the age of 6, Tyler Anderson has been left in the care of his Amish grandparents while his father pursued a military career. Rachel Hoeck is waiting for Tyler's marriage proposal, but the return of his father calls Tyler back to the "Englisch" world. Will he stay there, or choose to be an Amish groom?

New from bestselling authors Mindy Starns Clark and Susan Meissner, The Amish Groom (Book 1 in The Men of Lancaster County series) explores the men of an Amish community in Lancaster County, how their Amish beliefs play out in their unique roles, and the women who change their lives.


Born to an ex-Amish mother and an Englisch father, 23-year-old Tyler Anderson was raised as a military kid until the age of 6, when his mom passed away. His dad, shipping off to yet another overseas post, placed Tyler in the care of his Amish grandparents, an arrangement that was supposed to be temporary. It lasted a lifetime.


Rachel Hoeck is the young woman waiting for Tyler's proposal. She senses that though he loves her and wishes to make a commitment to her and his Amish beliefs, part of him still wonders whether an Amish lifestyle is truly for him.


When an opportunity to connect with his father unexpectedly arises, a visit to California causes Tyler to question everything, including a future with Rachel. Will the new girl in his life, Lark, cause him to remain in the Englisch world? Or will he choose to be an Amish groom after all?


A poignant novel of hoping for romance and searching for identity, set in a beloved Amish community.

Mindy Starns Clark is the author of many books, which include the popular Smart Chick Mysteries, Whispers of the Bayou, A Penny for Your Thoughts and most recently Under the Cajun Sun. In addition, Mindys plays and musicals have been featured in schools and churches across the United States.

Susan Meissner is an award winning newspaper columnist, pastor's wife, high school journalism instructor and author of Why the sky Is Blue, A Window to the World, and The Remedy for Regret. She lives in rural Minnesota with her husband, Robert, and their four children.