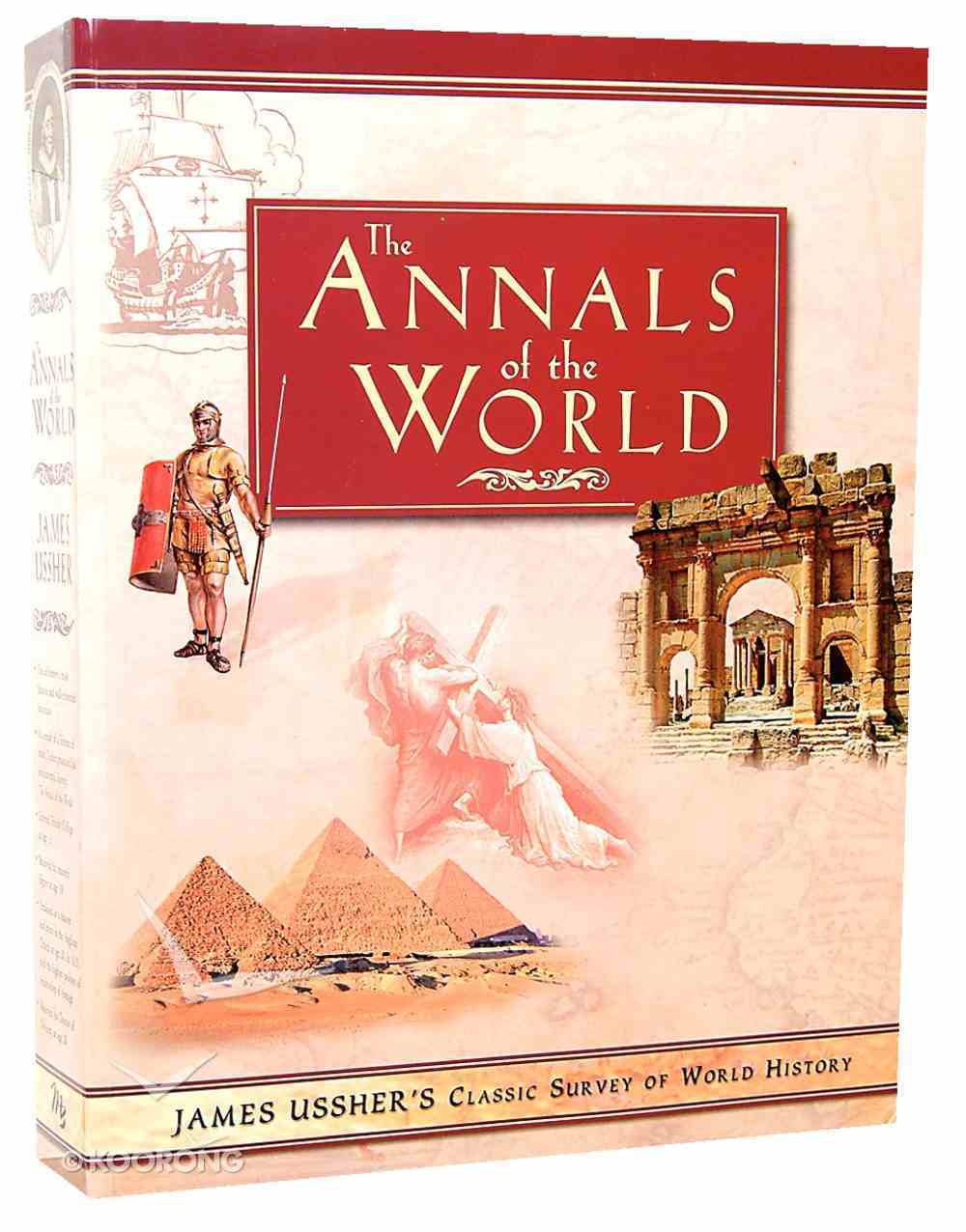 The Annals of the World

James Ussher was Anglican Primate of Ireland from 1625 to 1656. A meticulous scholar, he wrote this monumental survey of ancient history in order to establish an accurate framework for biblical chronology. Ussher's ANNALS remain an impressive testimony to biblical...

8 available
Expected to ship within 3 hours from Australia.
Learn More
Free Shipping
for orders over $99.

The Annals of the World (With Cd)
James Ussher
eBook

James Ussher was Anglican Primate of Ireland from 1625 to 1656. A meticulous scholar, he wrote this monumental survey of ancient history in order to establish an accurate framework for biblical chronology. Ussher's ANNALS remain an impressive testimony to biblical accuracy even after 350 years. 960 pages, from New Leaf Press.

A remarkable work of history from the beginning to the world to 70 BC.
-Publisher

Considered not only a classic work of literature, but also esteemed for its preciseness and accuracy, The Annals of the World has not been published in the English language since the 17th century. Almost completely inaccessible to the public for three centuries, this book is a virtual historical encyclopedia with information and footnotes to history that otherwise would have been lost forever. Covering history from the beginning through the first century A.D., Ussher relates both famous accounts and little known events in the lives of the famous and infamous including pharaohs, Caesars, kings, conquerors, thieves, pirates, and murderers. He tells of the rise and fall of great and not-so-great nations and gives accounts of the events that shaped the world. As a historical work, Ussher's Annals of the World is a must-have for libraries of all sizes. Universities, public and private schools, professors, independent scholars, and pastors will find a treasure-trove of material previously unavailable. Containing many human interest stories from the original historical documents collected by Ussher, this is more than just a history book - it's a work of history. A Literary Classic: Important literary work that has been inaccessible in book form for over 300 years Translated into modern English for the first time from the original Latin text Traces world history from creation through A.D. 70 Over 10,500 footnotes from the original text have been updated to references from works in the Loeb Classical Library by Harvard Press Over 2,500 citations from the Bible and the Apocrypha Ussher's original citations have been checked against the latest textual scholarship 8 appendixes Find Out: Why was Julius Caesar kidnapped in 75 B.C.? Why did Alexander the Great burn his ships in 326 B.C.? What really happened when the sun "went backward" as a sign to Hezekiah? Discover the accurate chronology of earth history What does secular history say about the darkness at the Crucifixion? 81/2 x 11 960 Pages Paperback"
-Publisher

JAMES USSHER was born in Dublin, Ireland, in 1581. As a young man, he resolved to devote himself wholly to the work of the Church, and the Lord honored him in his resolve. Ussher entered Trinity College at thirteen, wrote a detailed work on Hebrew chronology in Latin at fifteen and graduated with a B.A. at sixteen. At eighteen he received his master's degree and was appointed proctor of the college. At twenty he was ordained a deacon and priest in the Anglican Church at Dublin. At twenty-six he received a Doctor of Divinity and shortly after that he became Professor of Divinity at Dublin,