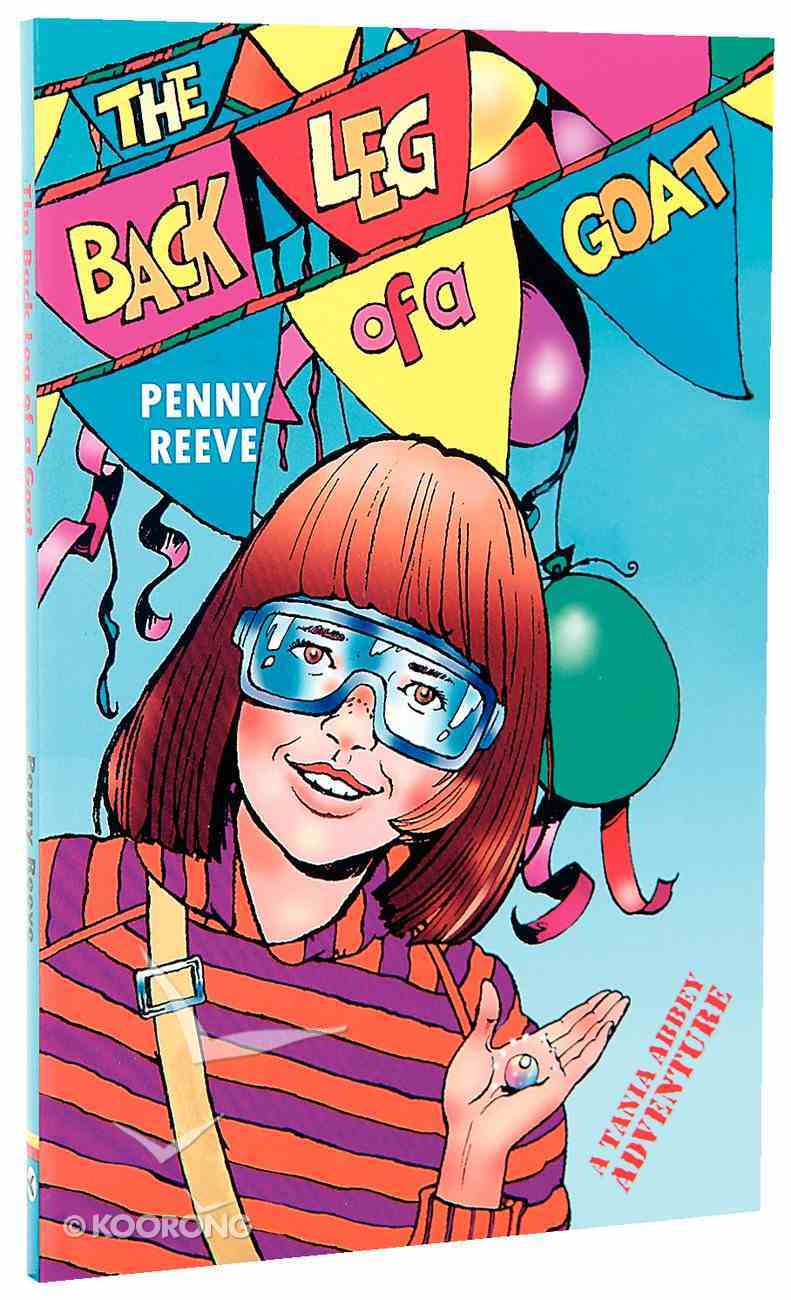 The Back Leg of a Goat (Tania Abbey Adventure Series)

The Tania Abbey Adventures novels follow 10 year old Tania and her friends as they live out her crazy ideas and grow in faith. Each adventure explores themes of friendship, family and responding practically to the needs of the world....

The Tania Abbey Adventures novels follow 10 year old Tania and her friends as they live out her crazy ideas and grow in faith. Each adventure explores themes of friendship, family and responding practically to the needs of the world.

Tania wants to buy a goat from a charity gift catalogue for a family in India, but she's only got enough money for the back leg!
With the help of her younger brother, and some new friends from down the road, Tania comes up with a fool-proof plan to raise the missing dollars. Fool-proof, that is, until a swarm of wasps move into the community hall...

Tania Abbey is a young peaceactivist and environmental campaigner. She is also a follower of Jesus. How does just a regular girl from a regular Australian town (with one or two crazy ideas) end up buying the back leg of a goat? But is it a crazy idea to do this? What appears to be crazy is actually a cool plan to help poor people in the third world. A healthy, strong goat could make all the difference to Shanti's family. Shanti lives in India and her family have very little money. They dont even have enough to spend on education, clean drinking water, or other things that Tania takes for granted. So Tania plans to use her savings to buy the back leg of a goat (it's the only bit she can afford!) but the plan goes up a gear when she manages to get her brother, Daniel, involved in a fashion show! But it's her new friend, Emily, who has the craziest idea of all: Let's make it a recycled fashion show! Before you can say dustbin, Tania and Emily and the other kids in the area are gathering a whole pile of junk to make costumes and clothes out of. This is going to be more than just crazy! Its going to be funcrazy!!

Penny Reeve is the author of more than 20 books for children, including picture books, novels and non-fiction. She loves sharing her stories with children and encouraging them to respond to the complex, fascinating and sometimes difficult world we live in. Visit www.pennyreeve.com for more information about the author.