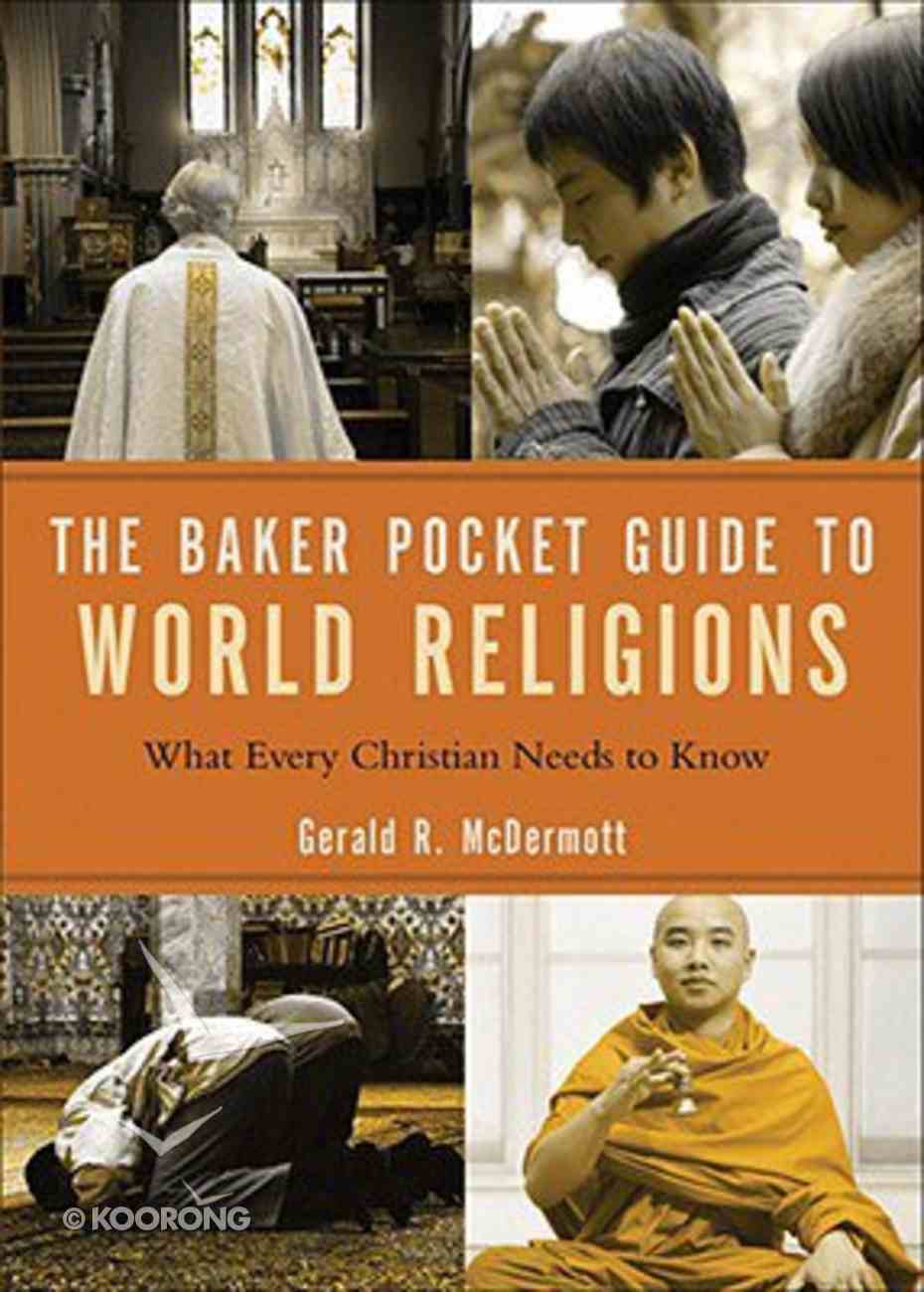 Our world is one of faith, and increasingly readers both inside and outside the church want to know about other religions: Did you know that about half of the world's population is either Muslim or Christian? Or that...

Challenge of the Cults and New Religions
Ron Rhodes
eBook

Our world is one of faith, and increasingly readers both inside and outside the church want to know about other religions: Did you know that about half of the world's population is either Muslim or Christian? Or that atheists comprise only 2 percent of the world population--and that number is shrinking? Intended for busy people who want a quick overview of the world's major faiths, The Baker Pocket Guide to World Religions is a succinct, affordable resource. This illustrated and fact-filled guide puts the answers at readers' fingertips and sheds light on our rapidly shrinking world.
-Publisher

Discover the faiths that shape our worldFrom the nightly news to our next-door neighbors, the major world religions are all around us. The Baker Pocket Guide to World Religions provides a short, easy-to-understand guide to help you grasp the central beliefs of those who belong to eight major religions of the world--dedicating full chapters to Islam, Hinduism, Judaism, Buddhism, Christianity, Confucianism and Daoism, and Shinto.Included in this fact-filled, accessible handbook are' personal testimonies from an adherent of each world religion' sketches of important world religious leaders of our day' sidebars explaining details of religious rituals and traditions' a helpful glossary of key terms' a chapter on how understanding world religions impacts Christian evangelismIf you've been looking for a quick, clear overview of the world's major faiths, The Baker Pocket Guide to World Religions is just the guide you need."This book will be the first thing I put in the hands of any student who needs an introduction to world religions."--Scot McKnight, Karl A. Olsson Professor in Religious Studies, North Park University"McDermott has described the world's great religions not only with accuracy and concision (as one would expect in a pocket guide) but also with verve and insight."--John G. Stackhouse Jr., Sangwoo Youtong Chee Professor of Theology and Culture, Regent College"With this accessible, reliable, and biblically informed introduction to the major religions, McDermott provides just what is needed for Christians wanting to learn more about religious others."--Harold Netland, professor of philosophy of religion and intercultural studies, Trinity Evangelical Divinity School
-Publisher

Gerald R. McDermott (Ph.D., University of Iowa) is professor of religion and philosophy at Roanoke College in Salem, Virginia. His books include Can Evangelicals Learn from World Religions?; God's Rivals, Cancer: A Medical and Spiritual Guide for Patients and Their Loved Ones (with William A. Fintel, M.D.; Baker); One Holy and Happy Society: The Public Theology of Jonathan Edwards (Penn State Press); Jonathan Edwards Confronts the Gods: Christian Theology; Enlightenment Religion and Non-Christian Faiths (Oxford University Press); Seeing God: Twelve Reliable Signs of True Spirituality (republished by Regent in 2000) and Claiming Christ: A Mormon-Evangelical Debate (Brazos). He is also a Teaching Pastor at St. John Lutheran Church.

The Kingdom of the Cults
Walter Martin
eBook