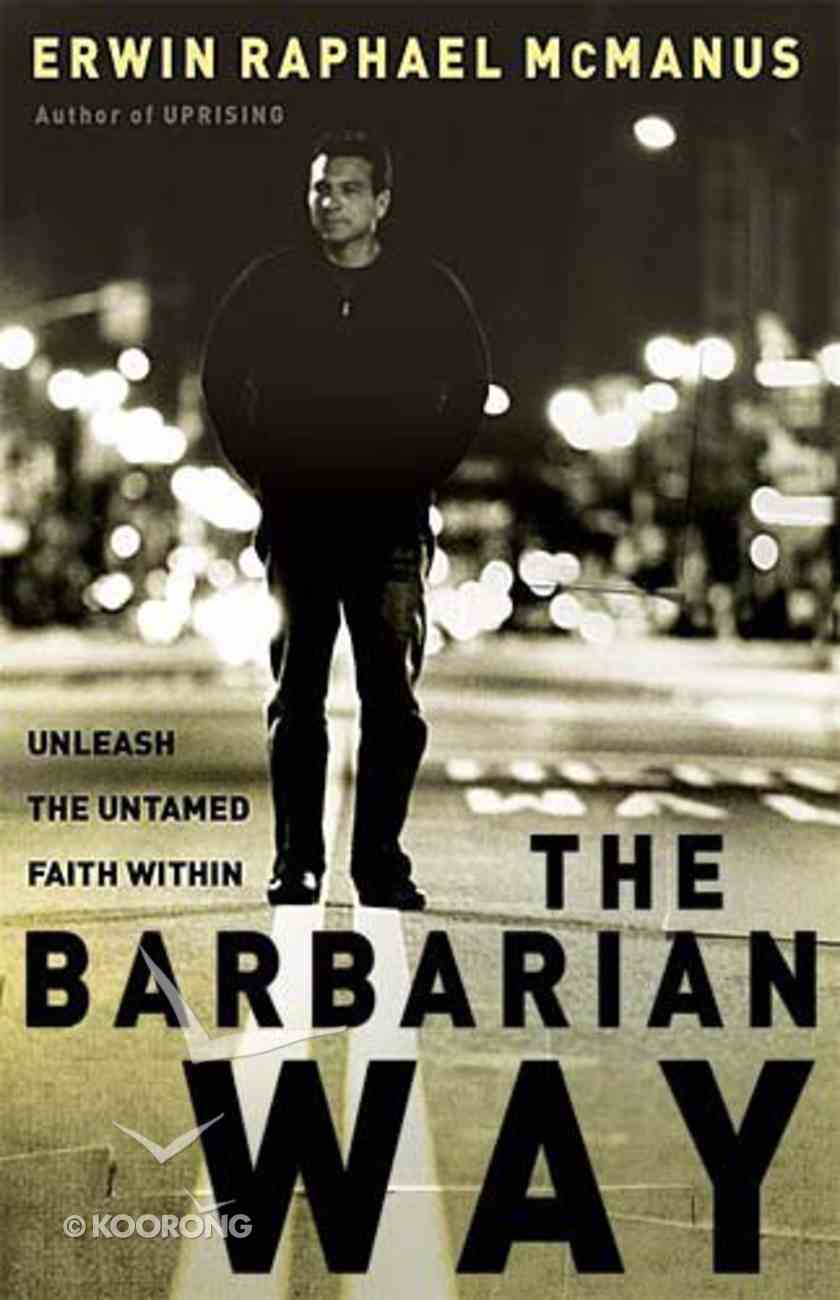 38 available
Expected to ship on Monday from Australia.
Learn More
Free Shipping
for orders over $99.

Using Jesus' words about John the Baptist in Matthew 11, Erwin McManus urges readers to flee 'civilised' religion and return to the "barbarian way" of following Christ.

Erwin McManus wasn't raised in a Christian home, so when he came to Christ as a college student, he didn't know the rules of the "religious club." He didn't do well in Shakespeare courses, so he didn't really understand the KJV Bible he was given either. But he did understand that prayer was a conversation, and he learned to talk to God and wait for answers. Erwin's way was passionate and rough around the edges - a sincere, barbaric journey to Christ.

When the author came to Christ, he didn't know the rules of the "religious club." He learned to talk to God and wait for answers, but his way was passionate and rough around the edges. Now he calls believers to escape "civilized" Christianity and become original, powerful, untamed Christians.
-Publisher

THE BARBARIAN WAY ERWIN RAPHAEL MCMANUS Erwin Raphael McManus wasn't raised in the Christian faith, so when he came to Christ as a college student, he didn't know the rules of the "religious club." All he knew was that something had been set on fire deep within his soul, a passion that longed to be unleashed. Since that day, he has not followed the road most traveled by many contemporary churchgoers. He has chosen the other-the less civilized one-following the path of Jesus in a passionate journey full of mystery, danger, and untamed faith. In The Barbarian Way, McManus calls you to return to the ancient, primal, and dangerous faith of Jesus and His early disciples. Let go of a sanitized Christianity and get back to the powerful, raw, and ancient faith that chooses revolution over compromise, peril over safety, and passion over lukewarm and watered-down religion. Christ's passion drove Him to the cross; the cross of Christ drives you to His passion. Take up the challenge of the "barbarian way," and your life will never be the same.
-Publisher

Erwin Raphael McManus is an author, speaker, activist, filmmaker and innovator who specializes in the field of developing and unleashing personal and organizational creativity, uniqueness, innovation and diversity. In other words, he gets bored really easily.
Erwin also serves as the primary communicator and cultural architect of Mosaic in Los Angeles. He is the author of An Unstoppable Force, a Gold Medallion Award finalist; Chasing Daylight; Uprising: A Revolution of the Soul; The Barbarian Way; Stand Against the Wind, Soul Cravings, and Wide Awake: The Future is Waiting within you. He also serves as a Research Advisor with The Gallup Organization.
Koorong - Editorial Review.