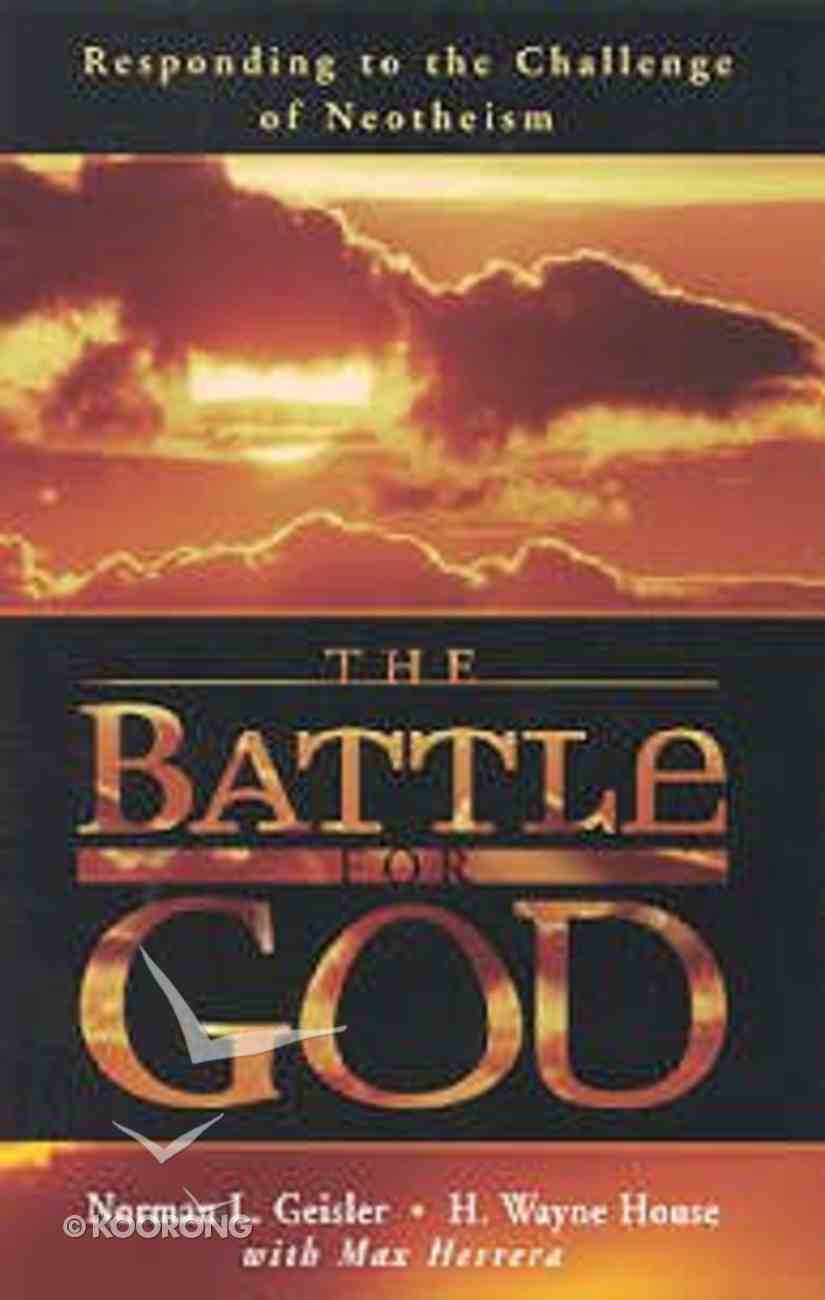 The Battle For God

Is God to Blame?
Gregory A Boyd
Paperback

The God Who Gives: How the Trinity Shapes the Christian Story
Kelly Kapic, Justin Borger
Paperback

As leading evangelical theological institutions and societies prepare to grapple with the potentially divisive implications of neotheism, "The Battle of God" clearly reiterates the tenets of orthodox belief that are under assault, the biblical and theological basis for their acceptance, and the stakes that hand in the balance in any debate about the nature and involvement of God in time and the events of human history.
-Publisher

What does God know? When does God know what He knows? What can God do about it?Godas understanding, power, and wisdom are at issue in the first consequential theological debate of the twenty-first century. Neotheism, also known by such names as the aopenness of Goda theology, argues for a limited Creator and Sustainer. He can only guess what the free-willed human beings will do. Sometimes He guesses wrong and must undo the damage.The Battle for God reminds us how far such a view of God diverges from the traditional understanding of God described in the Bible and also the Triune Being confessed by church fathers through the Reformation. Norman L. Geisler, H. Wayne House, and Max Herrera describe nothing less than a contest to set the course for all of Christian faith, with vast ramifications for the future understanding of Godas essential attributesaHis omniscience, omnipotence, eternality, simplicity, and sovereignty.Here is a clear and unambiguous refutation of arguments in recent writings by the three central neotheists: Greg Boyd, Clark Pinnock, and John Sanders. But more than simply a negative attack on those who propose to redefine God, the authors present a systematic confession of the attributesawhat they mean, why we can take confidence as Christians in the God they describe, and why the battle for God is well worth fighting.
-Publisher

H. Wayne House (Th.D., Concordia Theological Seminary, JD., Regent University) is distinguished professor of biblical studies and apologetics at Faith Seminary, Tacoma, Washington, and a professor of law at Tinity Law School, Trinity International University. He is the author of numerous books, including Charts of Cults, Sects, and Religious Movements, and Charts of Christian Theology and Doctrine. Dr. House is past president of the Evangelical Theological Society. He and his wife Leta reside in Silverton, Oregon.