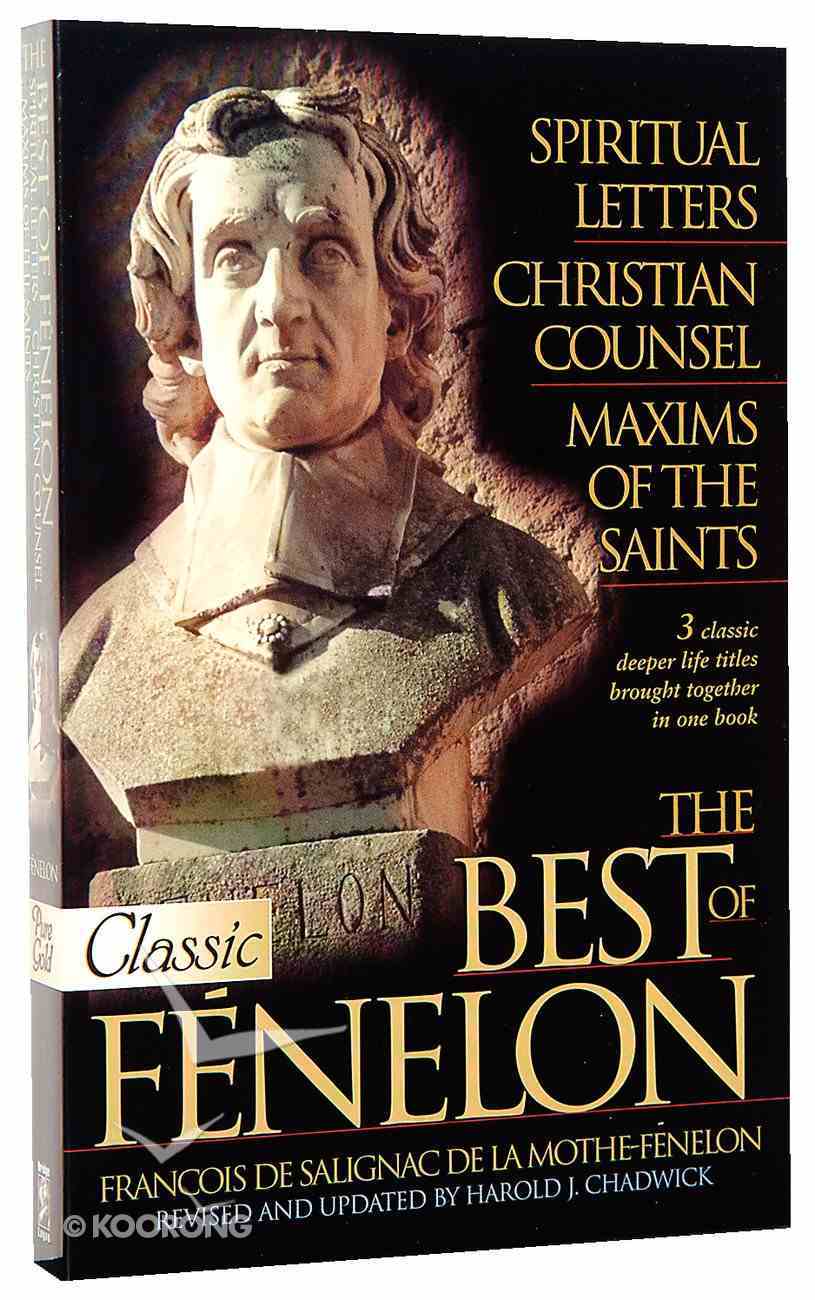 Fenelon was a spiritual compatriot of Madame Jeanne Guyon, and like her sought the way to the deeper inner life of total abandonment to God in Christ. And like Madame Guyon, he found it, and taught it to hundreds in...

Fenelon was a spiritual compatriot of Madame Jeanne Guyon, and like her sought the way to the deeper inner life of total abandonment to God in Christ. And like Madame Guyon, he found it, and taught it to hundreds in his lifetime, and to hundreds-of-thousands since then through his writings.

THE BEST OF FENELON consists of three of his most popular and enduring works in one volume: "Spiritual Letters," "Christian Counsel," and "Maxims of the Saints." For teachings on the inner life and a deeper walk with Christ, there is no better book than this.

Francois de Salignac de La Mothe-Fenelon was born in France in 1651. His formal education was carefully guided by his aristocratic elders, and he became a gifted intellectual. But he had a frustrated passion for missionary work. When an ecclessiastical rival maneuvered to have Fenelon assigned to a parish rife with conflict, Fenelon became renowned as a peacemaker. King Louis XIV appointed Fenelon tutor to his heir apparent, and Fenelon was ordained an archbishop. But his advancement in the clergy ended when he defended the radical teachings of his contemporary, Mme. Jeanne Guyon. Her popular books promoted faith, rather than ritual, as the true route to salvation. Like Mme. Guyon, Fenelon sought total abandonment in Christ. The Best of Fenelon contains three of this prolific author's most famous works: Spiritual Letters, Maxims of the Saints, and Christian Counsel, all carefully revised and updated into modern English by Harold Chadwick. Includes Endnotes and an Index.^
-Publisher

Fran ois de Salignac de la Mothe-F nelon (1651 1715) was<P> the archbishop of Cambrai. He met Christian contemplative<P> Madame Jeanne Guyon in 1688, apparently appreciating and<P> affirming some of her doctrines and contemplative practices but<P> distancing himself from them on other occasions. In 1689 he<P> was appointed tutor to the grandson of Louis XIV. He became<P> archbishop in 1695. F nelon wrote letters of spiritual counsel<P> that are highly valued to this day.