The Best of Stuart Townend

Stuart Townend has the anointing to write captivating songs that combine spiritual truth with dynamic challenges. This album traces Stuart's songwriting journey, from his earliest hits through to today. Includes 'In Christ Alone' and 'How Deep The Father's Love'.

Stuart Townend has the anointing to write captivating songs that combine spiritual truth with dynamic challenges. This album traces Stuart's songwriting journey, from his earliest hits through to today. Includes 'In Christ Alone' and 'How Deep The Father's Love'. 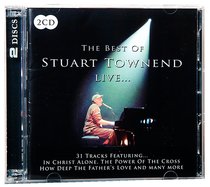