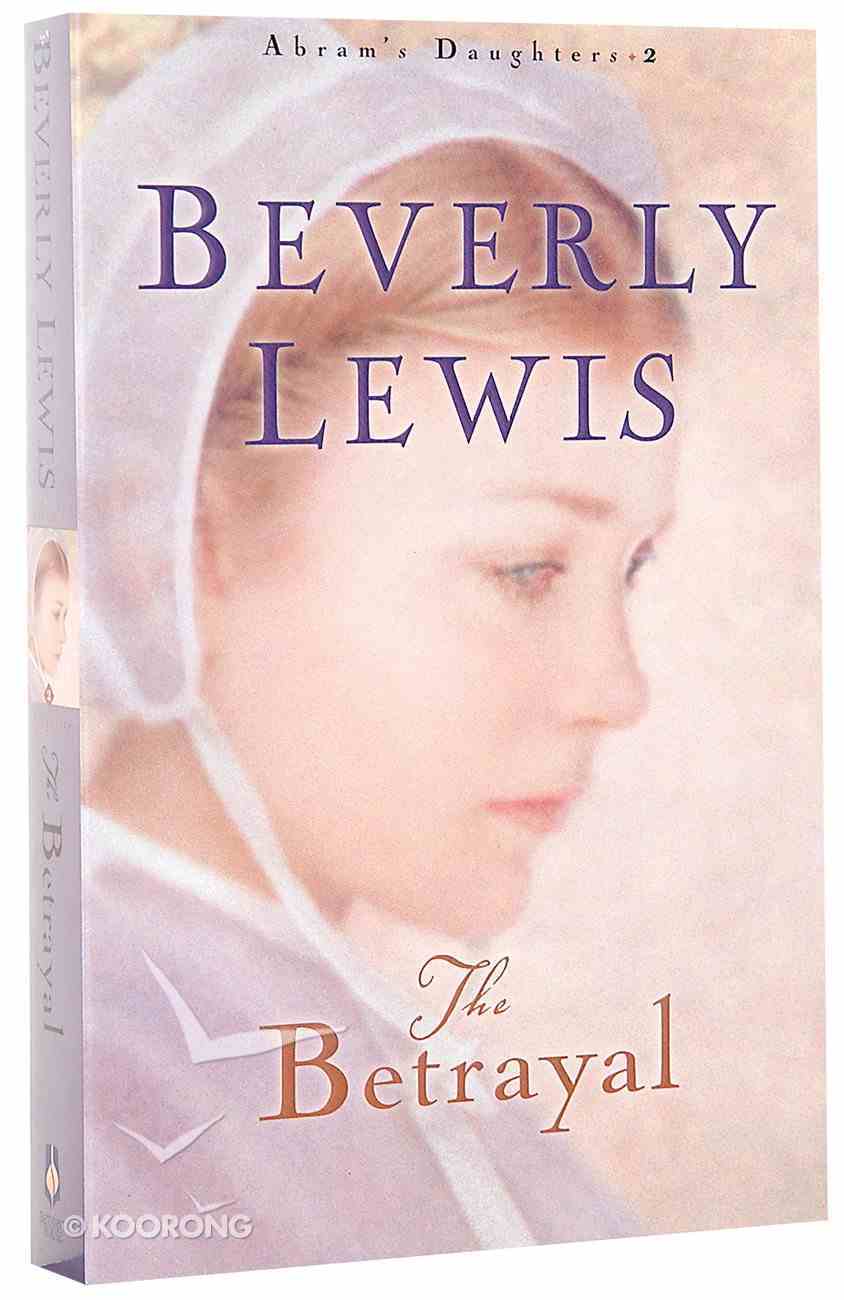 Their Lives Were Neither Plain Nor Simple The Covenant opened Beverly Lewis' explosive new fiction series, ABRAM'S DAUGHTERS, unveiling layers of deeply rooted Amish tradition as seen through the eyes of the Ebersol sisters. Now in Book Two, The...

Their Lives Were Neither Plain Nor Simple

Abram Ebersol and wife, Ida, are raising their four daughters on a firm foundation of Plain traditions, and he expects the girls to carry on that heritage into the future, safe and secure in their cloistered Lancaster County community. But Sadie, the oldest daughter, has found little appeal in her Amish life compared to the lure of the "English" world surrounding them. When Sadie's traditional rumschpringe before embracing baptismal vows goes terribly awry, sister Leah's life also may be forever altered by their secret pact. . .

The twins, Hannah and Mary Ruth, have their own distinct and hidden yearnings, and fear clutches at each heart as the two begin to realize where those yearnings might lead.

Is the Ebersol family tapestry unraveling too quickly, too permanently, to be repaired?

The ABRAM'S DAUGHTERS series introduces readers to an Old Order family, a close-knit community and a devout people whose way of life and faith in God is as timeless as their signature horse and buggy.

Set against the backdrop of post-World War II, this compelling saga spans three generations of a Lancaster County Amish family. Abram Ebersol and his devoted wife are raising four courting-age daughters on a firm foundation of Plain tradition, and they expect their girls to carry on that heritage by joining the church and making a covenant with God.

But the "running-around" years known as rumschpringe are often a time of sowing wild oats. Each of Abram's daughters, choosing her own path, must come to terms with the Old Ways of thinking and living. And sometimes that path has detours and forks in the road with unknown destinations. . .
- Publisher.

Spanning three generations, the compelling novels of the Abram's Daughters series introduce four courting-age sisters, their family and community, whose way of life and faith in God are as enduring as their signature horse and buggy. Or so it seems.... The Covenant began the saga with Sadie's resistance to the Plain life and its tragic consequences. The Betrayal continues the journey, with Leah and her beloved Jonas now separated by hundreds of miles. But more than time and distance are conspiring to keep them apart....
-Publisher

Book 2 of Abram??'s Daughters. Spanning three generations, the Abram??'s Daughters series paints a powerful family portrait of four Amish sisters growing up in Gobbler??'s Knob, Lancaster County. In Book One, The Covenant, when oldest sister Sadie is beguiled by a handsome, dark-haired "Englischer," it is younger sister Leah who suffers from her sister??'s shameful behavior. In Book Two, The Betrayal, Leah and her beloved Jonas are separated for half the year when he accepts a long-desired carpenter??'s apprenticeship in Ohio. They are confident that by letter and heart-felt promises, their love is strong enough to survive the temporary separation. But never could they have foreseen the bitter test facing them and their families.
-Publisher

Beverly Lewis is the author of over 70 books for adults and children, including her inaugural adult novel, The Shunning, Book One of her blockbuster series, THE HERITAGE OF LANCASTER COUNTY. Her novel The Prodigal (Book Four of the ABRAM'S DAUGHTERS series) made The New York Times Paperback Bestseller List. Her Mennonite heritage and Lancaster County upbringing have provided wonderful inspiration and authentic background for her bestselling novels of Plain people and their lives. With many relatives and friends in the Annabaptist community, she finds their insights and interactions to be invaluable as she researches plots and characters for her stories. As she explored wholesome reading options for her young daughter, she was inspired to pen several series for girls 11 to 14HOLLY'S HEART, SUMMERHILL SECRETS, and GIRLS ONLY, which features four young athletes with Olympic dreams. Beverly is a member of the National League of American Pen Women (Pike's Peak Branch). She and her husband, David, live in the foothills of the Rocky Mountains. Visit BeverlyLewis.com
-Publisher