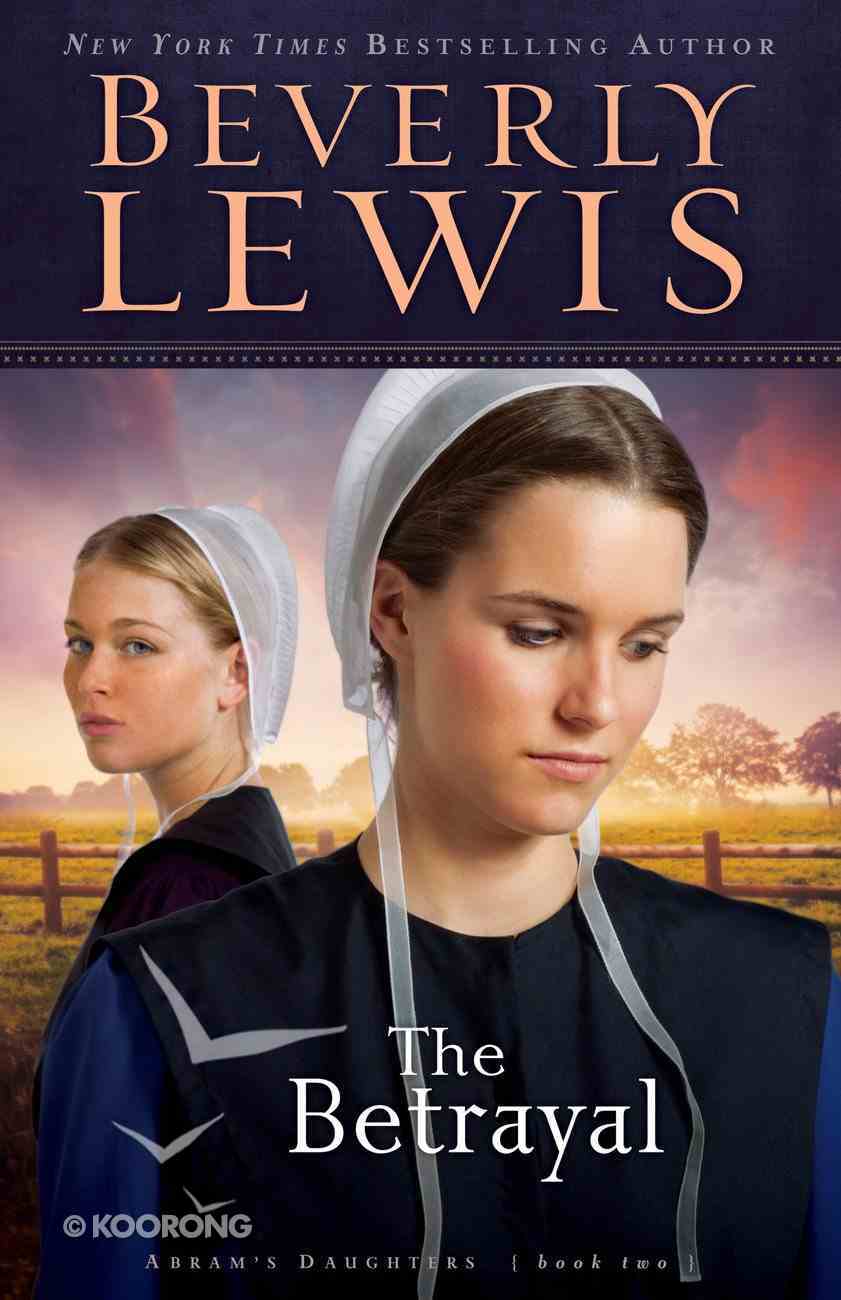 Though confident that their love will survive a separation, Leah, Jonas, and their families will face a bitter test. Abram's Daughters Book 2.Book 2 of Abram's Daughters. Spanning three generations, the Abram's Daughters series paints a powerful family portrait of four Amish sisters growing up in Gobbler's Knob, Lancaster County. In Book One, The Covenant, when oldest sister Sadie is beguiled by a handsome, dark-haired "Englischer," it is younger sister Leah who suffers from her sister's shameful behavior. In Book Two, The Betrayal, Leah and her beloved Jonas are separated for half the year when he accepts a long-desired carpenter's apprenticeship in Ohio. They are confident that by letter and heart-felt promises, their love is strong enough to survive the temporary separation. But never could they have foreseen the bitter test facing them and their families.Beverly Lewis was born in the heart of Pennsylvania Dutch country. She fondly recalls her growing-up years, and due to a keen interest in her mother's Plain family heritage, many of Beverly's books are set in Lancaster County.

A former schoolteacher, Bev is a member of The National League of American Pen Women--the Pikes Peak Branch--and the Society of Children's Book Writers and Illustrators. Her bestselling books are among the C.S. Lewis Noteworthy List Books, and both The Postcard and Annika's Secret Wish have received Silver Angel Awards. Bev and her husband have three children and make their home in Colorado.

Beautifully Repackaged:
The Betrayal and The Sacrifice

In The Betrayal, Leah Ebersol and her beloved Jonas Mast are separated by hundreds of miles when he accepts an apprenticeship in Ohio. They are confident their love is strong enough to survive, but more than time and distance are conspiring to keep them apart.

In The Sacrifice, Leah Ebersol has no choice but to believe the worst: Her older sister, Sadie--and Leah's own beloved Jonas--have betrayed her. Now, two years later, Leah still misses them both, though loyal neighbor Gid continues to bide his time. But when tragedy befalls the Ebersols, Leah must make a difficult choice.
-Publisher