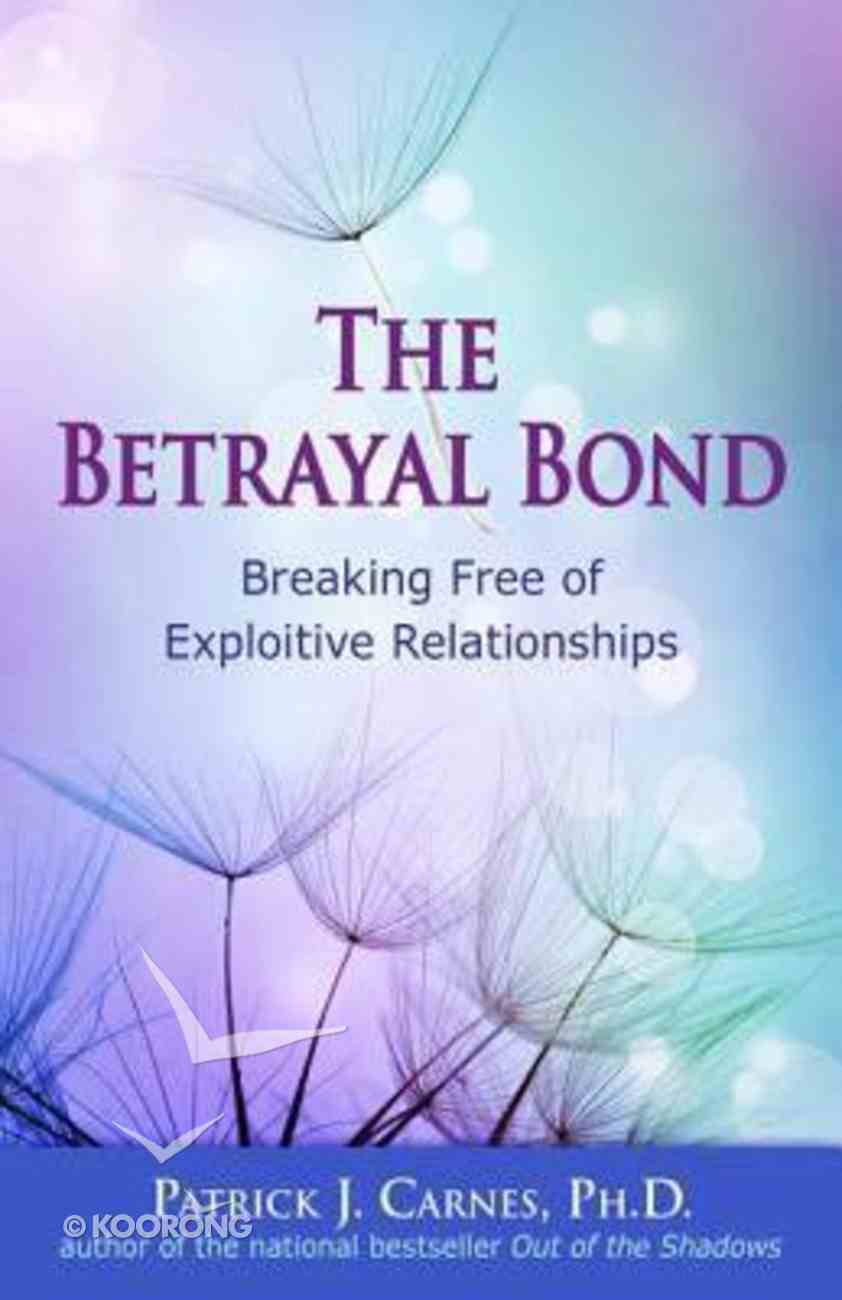 from Chapter 1 After a traumatic experience, the human system of self-preservation seems to go onto permanent alert, as if the danger might return at any moment. #151Judith Herman, Trauma and Recovery Lois was only twenty-two. Fresh out of college...

Out of the Shadows
Patrick Carnes
eBook

from Chapter 1 After a traumatic experience, the human system of self-preservation seems to go onto permanent alert, as if the danger might return at any moment. #151Judith Herman, Trauma and Recovery Lois was only twenty-two. Fresh out of college with a business degree in hand, she had landed a fabulous job with a large printing firm. She was ecstatic. She worked hard. The company gave her a car. She was attractive and fun. Her hard work and enthusiasm made up for her inexperience. Plus, she had support. Her boss, the marketing director, was also young by many people_s standards. Nearing thirty, she already had eight years of business experience. The company had grown dramatically and many chalked it up to her skill and untiring efforts. She took Lois under her wing and they became good colleagues and friends. One day the marketing director left the office in tears. A memo came around saying she had resigned. Lois tried to reach her at home but there was no response to the messages she left. The president of the company asked Lois to come to his office. He talked of his sadness that the marketing director was no longer with the company. He also said that he now had a problem; he had no one to run marketing. He offered Lois the job. Lois immediately accepted. She had mixed emotions because of the loss of her supervisor and because little was known about why she left, just the tears. Yet Lois knew this was a tremendous opportunity for her. The president told her that he had taken a chance on her previous supervisor being so young and it worked out well. Lois received a bonus and a significant raise. She threw herself into her work. A week later the president asked Lois to his office to review her first week_s efforts. Lois could tell he was not totally pleased with what she had done but was unsure what he wanted. Then he launched into a description of what made her predecessor successful. Critical were her former boss?s ospecialo relationships with customers. In fact, for the buying agents of their key accounts she would perform oral sex. That?s how the company kept business. As he talked, Lois went numb with disbelief. She came out of it when he said that their customers liked office sex in certain ways and he would show her how. Then he approached her. Lois stood up and told him that she would not do this for any price. She grabbed her personal belongings and left the company in tears. She was devastated. Friends and family gathered around Lois. They found her a therapist. The therapist said that she had experienced an assault and would need to work it through or her life would suffer. Lois pulled herself together and responded by saying that it was only a proposition and she would simply forget about it. The therapist was right. About a month after leaving her job, Lois started having nightmares about the company president and his office. She had difficulty motivating herself to find work. Interviews went badly. She moved back in with her parents, which added even more stress. She shut down sexually. She was critical of her boyfriend who, in fact, was very supportive. That relationship ended. She found herself continually angry with her former supervisor. She berated herself for being naive enough to think that the company?s success had anything to do with marketing. She was angry with her former employer yet obsessed with what was happening in the company. The betrayal for Lois was that nothing was as it had seemed. None of her ability, hard work, enthusiasm or creativity mattered. She had believed that people had taken her seriously. In reality management had been grooming her to be the company courtesan. How could she ever trust anyone again? Lois was also a victim of her own ability to cope. At the time of the betrayal, she felt that it was something she could handle. Calling on ancient family traditions of facing adversity, toughin
-Publisher

Exploitive relationships can create trauma bonds--chains that link a victim to someone who is dangerous to them. Divorce, employee relations, litigation of any type, incest and child abuse, family and marital systems, domestic violence, hostage negotiations, kidnapping, professional exploitation and religious abuse are all areas of trauma bonding. All these relationships share one thing: they are situations of incredible intensity or importance where there is an exploitation of trust or power.


In The Betrayal Bond Patrick Carnes presents an in-depth study of these relationships, why they form, who is most susceptible, and how they become so powerful. He shows how to recognize when traumatic bonding has occurred and gives a checklist for examining relationships. He then provides steps to safely extricate from these relationships.


This is a book you will turn to again and again for inspiration and insight, while professionals will find it an invaluable reference work.

Patrick Carnes, Ph.D., is the author of such best-selling recovery titles as A Gentle Path Through the Twelve Steps (one million sold) & Out of the Shadows (two million sold). Internationally acclaimed as a speaker & authority on addiction treatment, he is currently clinical director of sexual disorders at The Meadows Institute. He lives in Wickenburg, Arizona.

Side By Side: Walking With Others in Wisdom and Love
Edward T Welch
eBook