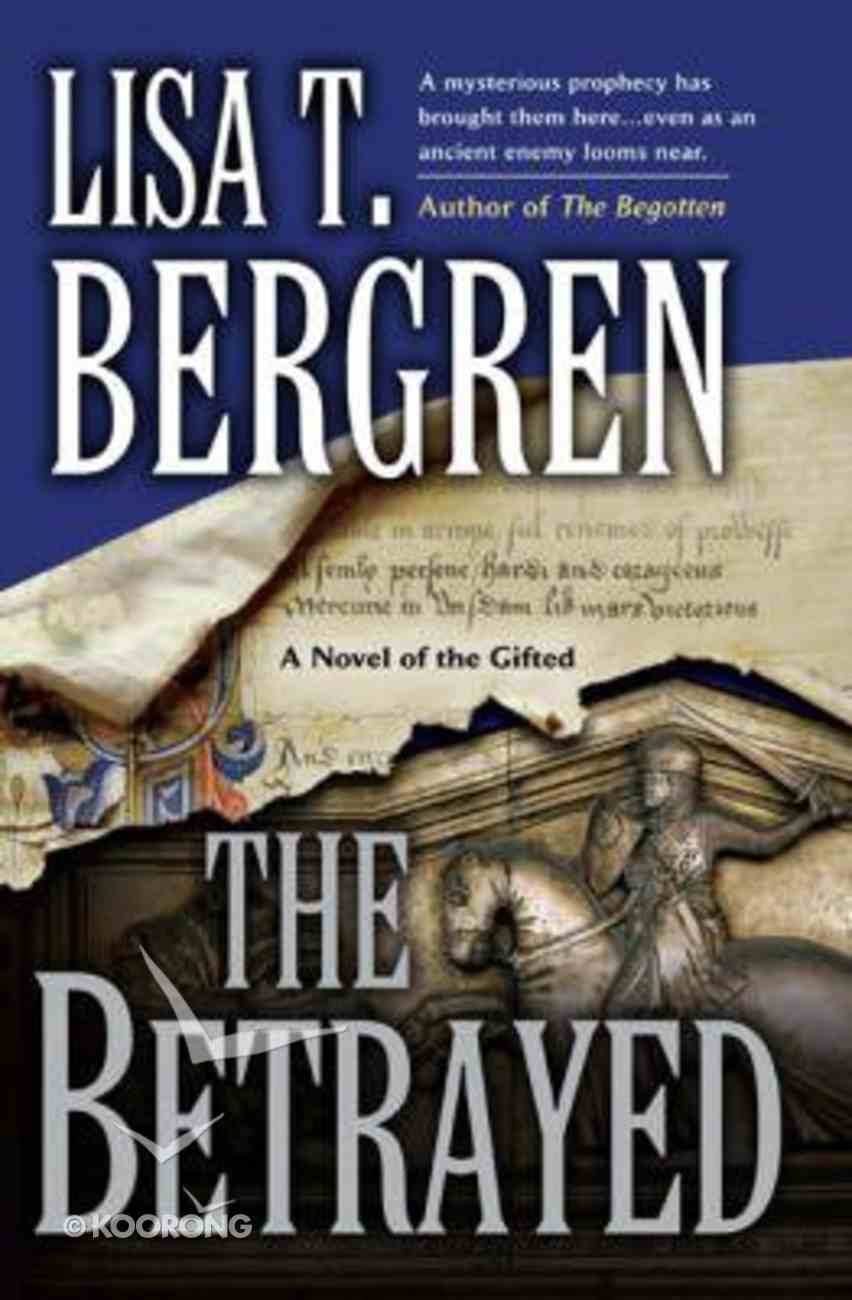 The Betrayed (#02 in The Gifted Trilogy Series)

"The Year of Our Lord 1340. The secret, a half millennium old, has been revealed. An illuminated letter, long buried by the Church - prophesying a fellowship of men and women possessing powerful spiritual gifts - is the catalyst for...

"The Year of Our Lord 1340. The secret, a half millennium old, has been revealed. An illuminated letter, long buried by the Church - prophesying a fellowship of men and women possessing powerful spiritual gifts - is the catalyst for a profound war that will bring either a new age of enlightenment or a darkness the world has never before seen. As the Gifted gather and gain strength, and find further clues as to where God is leading, their enemies grow more intent on controlling them." "Watching the Gifted from afar in Venezia is Cardinal Boeri, who is determined to use the blessed powers of the Gifted to secure his own place in the hierarchy of the Church. The doge, the duke of Venezia, has reasons of his own to seize control. But the greatest menace is the evil Lord Abramo Amidei, driven to turn the healer Daria d'Angelo to his own fold or destroy her in the process. He is determined to tear apart the firm fabric of her faith as he preys on the weaknesses of those she loves. For Amidei knows that together the Gifted are undeniably strong and growing stronger. But if he succeeds at dividing them, the Gifted - and then the world - will be his."--BOOK JACKET.
-Publisher

A religious thriller. An epic historical. An award-winning author with one million books in print. Second in the breathtaking trilogy. The first book in Lisa T. Bergren's Gifted trilogy, "The Begotten," was hailed by "Library Journal" as "a full-bodied, absorbing tale that combines authentic historical detail with a universally appealing and gripping story that will have readers cheering." Now the breathtaking quest of the spiritually empowered Gifted ones-prophesized in a long-lost illuminated letter from the apostle Paul-continues as the healer, the priest, and the knight gather together to fight a battle in a profound new war. For the enemies of the Gifted are gathering, led by an evil lord who will do anything to destroy their unwavering faith.
-Publisher