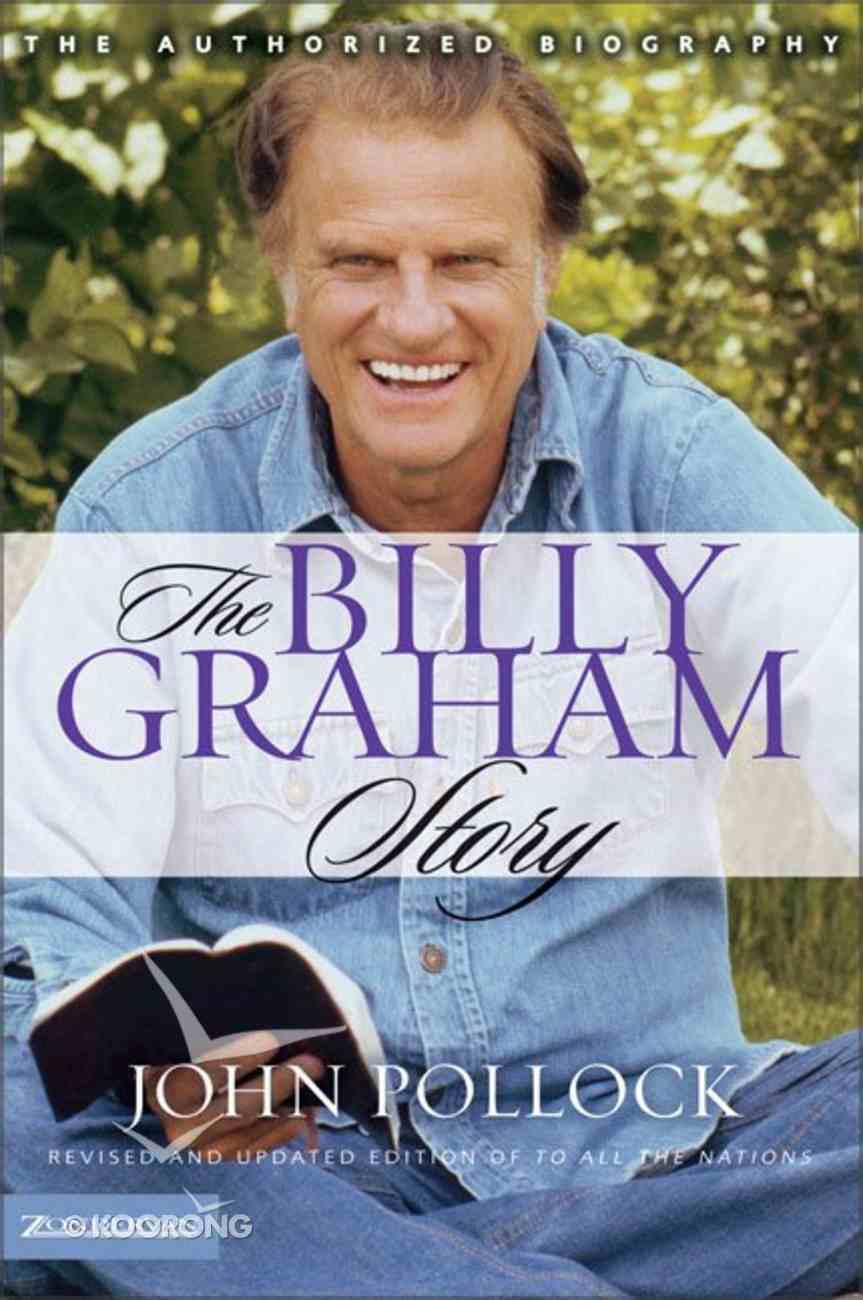 The official biography of the Christian statesman is based on his private files, widespread research, and interviews. With grace and clarity, this short but inspirational book will open up the world of Billy Graham to the average person.

6 available
Expected to ship within 5 hours from Australia.
Learn More
Free Shipping
for orders over $99.

Hear My Heart: What I Would Say to You
Billy Graham
Paperback

Where I Am: Heaven, Eternity and Our Life Beyond
Billy Graham
eBook

Peace With God; the Secret of Happiness
Billy Graham
Paperback

The official biography of the Christian statesman is based on his private files, widespread research, and interviews. With grace and clarity, this short but inspirational book will open up the world of Billy Graham to the average person.
-Publisher

An updated account of the inspiring and influential life of Dr. Billy Graham When the hijacked planes slammed into the World Trade Center and the Pentagon on September 11, 2001, President Bush immediately proclaimed a National Day of Prayer and Remembrance. For the interfaith, interdenominational service at the Washington National Cathedral he chose Billy Graham to give the address. At that terrible hour no other clergyman, whatever his office, could so aptly bring the Word of God to America---and a watching world. At eighty-four, Billy Graham remains one of the most respected people in the world today. He has addressed over eighty-two million people face to face and at least one billion people through television, radio, and satellite. Yet he is far more than an evangelist of integrity and vision; he is a Christian statesman whose profound influence on the growth and depth of Christianity across the world cannot be overestimated. This official biography of Dr. Graham is based on his private files, correspondence, and interviews, as well as the author's widespread research. * Written by John Pollock, Dr. Graham's official biographer * Parts one and two (1918 to 1978), based on Pollock's authorized biographies, have been abridged and contain new material * Part three (1978 to 1983) deals at length with Dr. Graham's controversial visit to Moscow, which can now be seen as a factor in the fall of communism * Part four (1984 to 2003) updates the story to recent events, including the horrors of September 11 and the honorary knighthood Dr. Graham received from the Queen of England in December 2001 * 8-page section of black-and-white photos new to this book
-Publisher

John Charles Pollock is the author of countless biographies and the official biographer of Billy Graham. He has written accounts of Wesley, Shaftesbury, Whitefield, Kitchener, Hudson Taylor, Wilberforce, John Newton, Moody, and others. He lives with his wife in Devon, England.