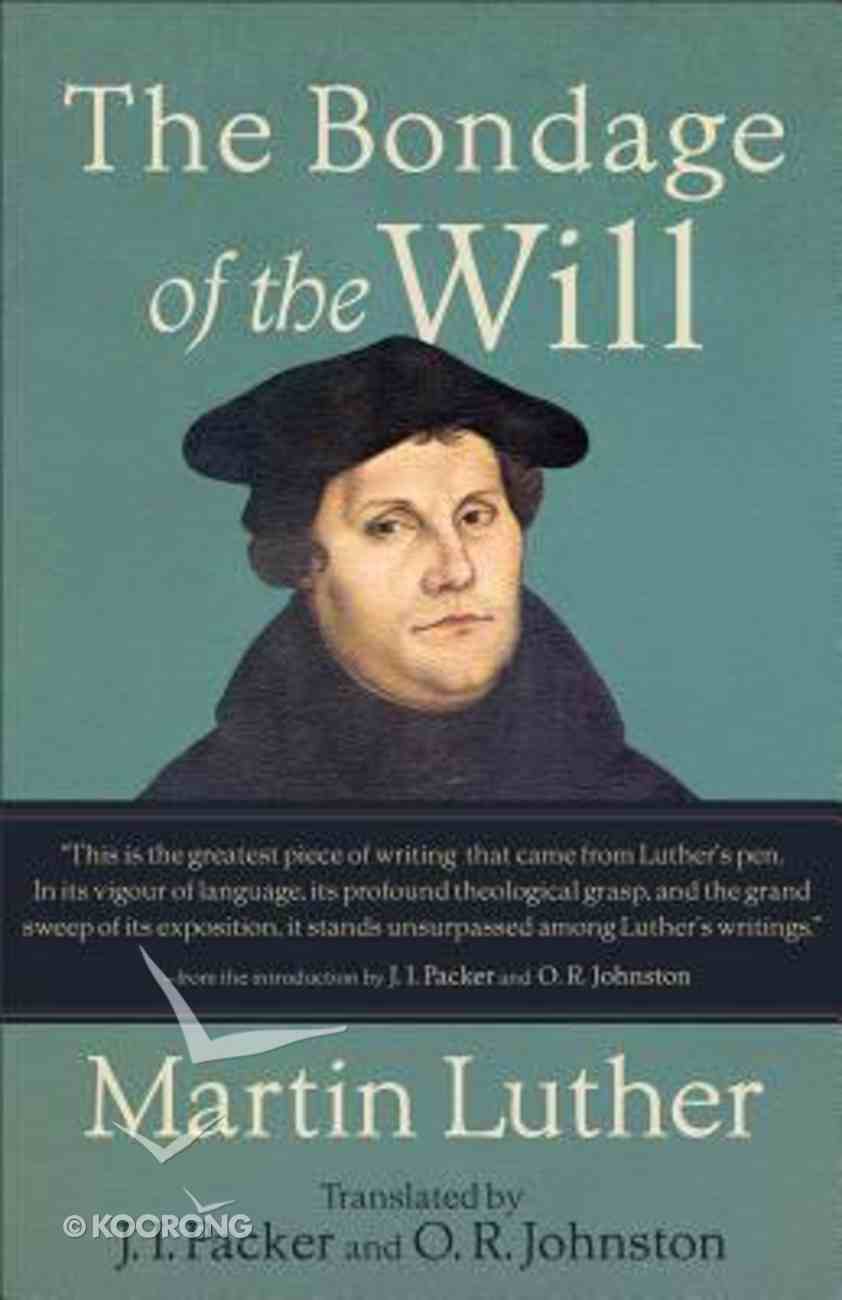 The Bondage of the Will (Translated By Ji Packer & Or Johnston)

The Bondage of the Will is fundamental to an understanding of the primary doctrines of the Reformation. In these pages, Luther gives extensive treatment to what he saw as the heart of the gospel. Free will was no academic...

Finishing Our Course With Joy
J I Packer
Paperback

To Be a Christian: An Anglican Catechism
J I Packer (Ed), Joel Scandrett (Ed)
Hardback

The Bondage of the Will is fundamental to an understanding of the primary doctrines of the Reformation. In these pages, Luther gives extensive treatment to what he saw as the heart of the gospel.

Free will was no academic question to Luther; the whole gospel of the grace of God, he believed, was bound up with it and stood or fell according to the way one understood it. Luther affirms our total inability to save ourselves and the sovereignty of divine grace in our salvation. He upholds the doctrine of justification by faith and defends predestination as determined by the foreknowledge of God.

This accurate translation by J. I. Packer and O. R. Johnston captures the vitality of Luther's treatise, thereby conveying its relevance to our lives today. The translators write, "Do we not stand in urgent need of such teaching as Luther here gives us--teaching which humbles man, strengthens faith, and glorifies God?"
-Publisher

Bondage of the Will
Martin Luther
Paperback

Bondage of the Will (Unabridged 6 Cds)
Martin Luther
CD