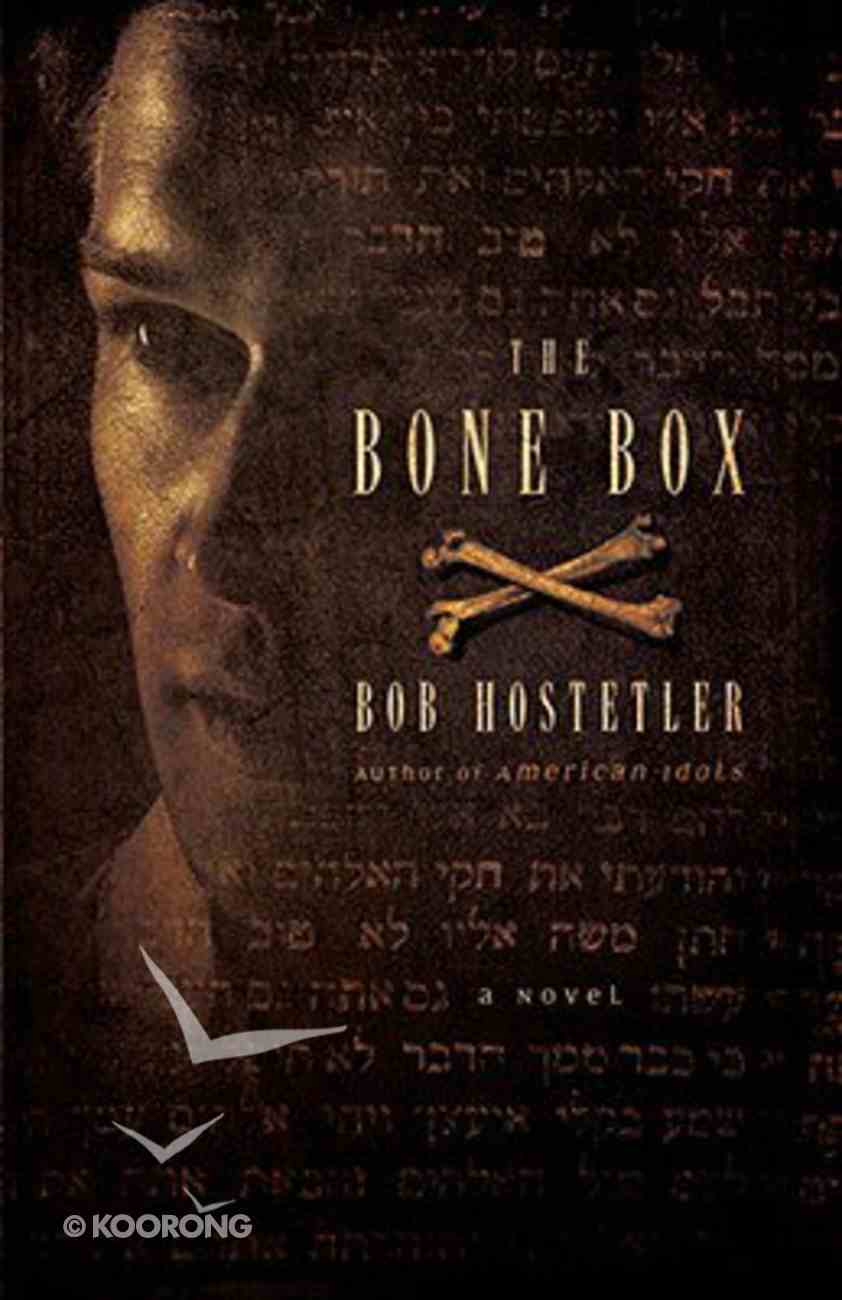 1Tel Mareshah, fifty kilometers southwest of JerusalemRand Bullock stumbled through the flap door of his tent and paused in the predawn darkness surrounding the excavations. One hand held a duffel bag stuffed with rumpled clothes; the other gripped the handle...

Box of Blessings: Words of Jesus For Everyday Living
Stationery

Box of Blessings: 101 Bible Promises For Your Every Need
Stationery

1Tel Mareshah, fifty kilometers southwest of JerusalemRand Bullock stumbled through the flap door of his tent and paused in the predawn darkness surrounding the excavations. One hand held a duffel bag stuffed with rumpled clothes; the other gripped the handle of his laptop computer's carrying case.He looked around at the shadowy camp. Mareshah was an amazing place, an archaeological complex in the heart of the Shephelah, the region of Israel between the coastal plain and the mountains of central Judea. It was also a shopping mall of ancient civilizations, from the Israelite fortifications of the eighth to the sixth centuries b.c. to the caves cut to shelter Jewish rebels during the Second Jewish Revolt against Rome in about a.d. 132-135. The Hellenistic settlements of the third century b.c. featured an underground labyrinth of caves and corridors, including subterranean olive presses, pigeon cotes, temples, and tombs. It was an incredibly well-preserved -- and intriguing -- site. And, thanks to Yigal Havner's reputation and expertise, it was one of the best-staffed and best-run digs Rand had ever worked.Long before theIndiana Jonesmovies, most people who thought they knew anything about archaeology "knew" all the wrong things. Even his own wife and daughter had occasionally joked about Rand's profession with some remark about "digging up dinosaur bones." But Rand, like most archaeologists, had never unearthed a dinosaur bone; the only dinosaurs he'd seen were in museums he had toured in the company of his wife and daughter. Most people also imagined archaeology to be a glamorous and exciting profession: opening ancient tombs, discovering buried treasure, fleeing from elaborate booby traps, and eventually becoming rich and famous. Few things could be further from the truth. Archaeology is usually a tedious exercise, and most archaeologists never find anything spectacular. The vast majority enjoy adding even the tiniest detail to the world's understanding of past civilizations, and usually the "treasures" they discover are valuable only for what they reveal about the people who left them behind. As Yigal Havner loved to say, "It's not what you find but what youfind outthat matters."Rand let out a heavy sigh and watched his breath dissolve into the air before putting his head down and walking toward the car parked a few yards from his tent. He tossed his clothes and computer into the passenger seat and folded his six-foot frame into the tiny car. He reached for the key in the ignition."Huh?" he muttered. He pulled his hands away from the steering wheel and searched the floor of the car. Then he craned his neck to look at the steering column."I know I left them here," he said. He twisted awkwardly and patted the seat behind him but found nothing. Then suddenly he spun around and faced forward again. He peered through the windshield...and groaned.He was in the wrong car. His dusty white Fiat 500, a different model and color from the car he occupied, sat several yards away in the fog of the not-yet-morning."Story of my life," he said. He gripped his computer and duffel bag, one in each hand, and wrestled himself out of the car, shaking his head. He had been that way for months, ever since his wife had died. His life and his career had become a shambles, and he couldn't seem to rally himself. He'd spent the first days and weeks after his wife's funeral in a stupor, feeling numb both mentally and emotionally. He had pretty much abandoned his well-funded excavation on the island of Crete (and with it, he felt sure, abandoned his career as well), thinking he should stick around the house for the sake of his daughter, Tracy, who would have to graduate from high school without her mom. But the great gulf that seemed to separate him from his daughter had only widened in the weeks following the funeral, and Rand had nothing to fill the gap except dr
-Publisher

Combining the adrenaline-fueled adventure of Indiana Jones with the thrills of a Steve Berry Novel, The Bone Box is the latest in biblical archeological suspense.
Archeologist and agnostic Randall Bullock has come to Israel to try and resurrect his crumbling career and shattered life. Teaming up with Miri Sharon, a beautiful representative of Israeli Antiques Authority, the two unearth a stone casket marked "Joseph, son of Caiaphas," which contains several fragile scrolls that document the death and resurrection of Jesus Christ.


This discovery launches Miri and Randall, along with his estranged nineteen-year-old daughter, Tracy, into a race to validate the monumental find, no matter what the Israeli authorities, media circus, and archaeological rivals want the world to believe. Forced to face the power of this historical resurrection, Randall must also struggle with his own beliefs -- or lack of them -- while trying to keep the consequences of their discovery from taking a disastrous turn.


The Bone Box, fraught with political intrigue, is a suspense-filled blend of historical fact, romance, and transforming faith. Through all the danger and struggle, Randall discovers how easy -- and deadly -- it is to ignore the evidence and reject the true story of Christ.

Bob Hostetler is a writer, editor, pastor, and speaker from southwestern -->-->Ohio-->-->. His twenty-one books, which include the award-winning"Don?t Check Your Brains at the Door "(co-authored with Josh McDowell)""and" American Idols, "have sold over 2 million copies. He has won two Gold Medallion Awards, three Ohio Associated Press awards, and an Amy Foundation Award. He is a co-founder and Pastor of Leadership and Teaching at -->Cobblestone-->-->Community-->-->Church--> in -->-->Oxford-->, -->Ohio-->-->. He and his wife Robin have two grown children, Aubrey and Aaron.