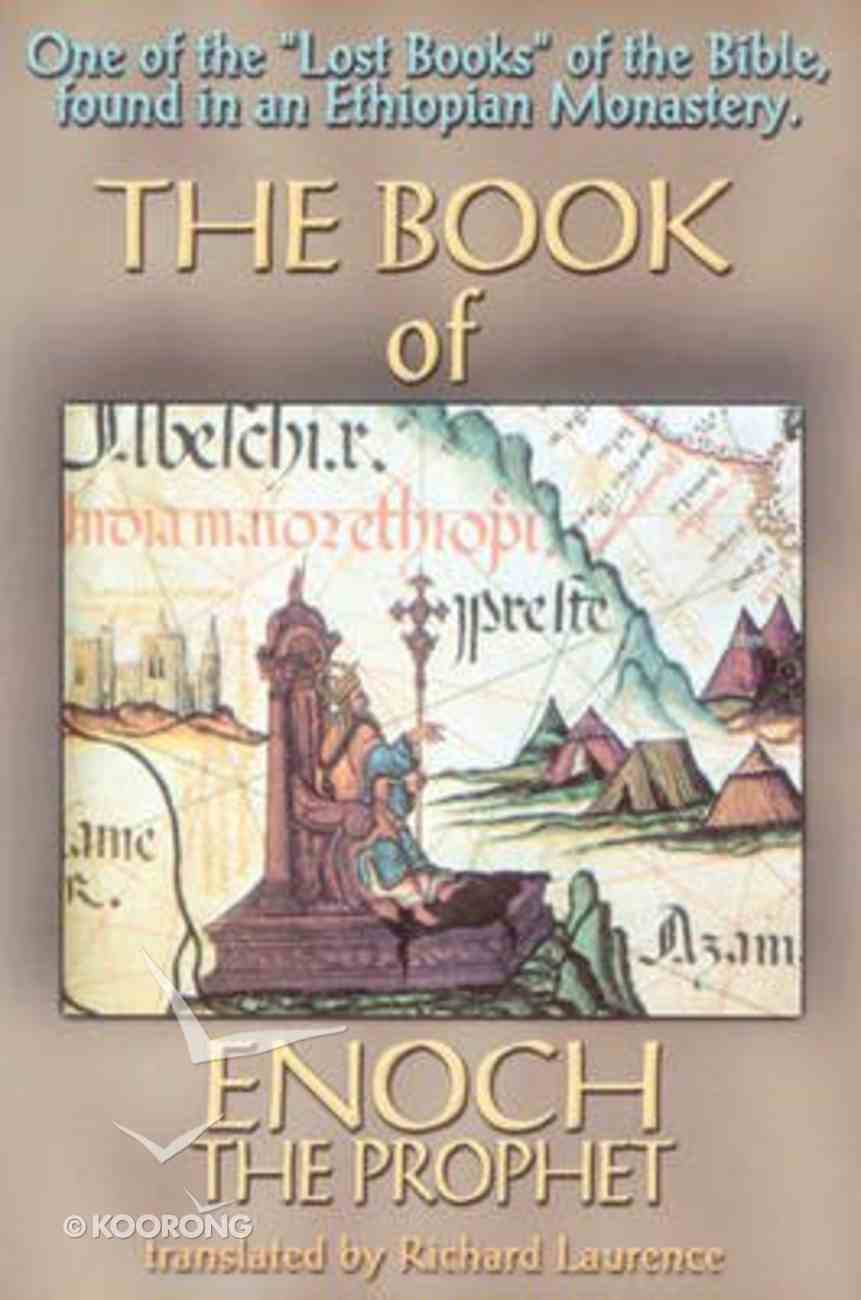 The Book of Enoch the Prophet

The Book of Enoch is now usually designated I Enoch, to distinguish it from the later Apocalypse, "The Secrets of Enoch" which is known as II Enoch. The former is called the Ethiopic Enoch, the latter the Slavonic Enoch, after...

The World's Greatest Book: The Story of How the Bible Came to Be
Lawrence Schiffman (Ed), Jerry Pattengale (Ed)
Hardback

The Book of Enoch is now usually designated I Enoch, to distinguish it from the later Apocalypse, "The Secrets of Enoch" which is known as II Enoch. The former is called the Ethiopic Enoch, the latter the Slavonic Enoch, after the languages of the earliest versions extant of each respectively. The Book of Enoch, like the Book of Daniel, was written originally in Aramaic and partly in Hebrew. No copy of the original language of either is known to be in existence. Latin and Greek versions have only, in part, been discovered but the Ethiopic Version has been preserved in twenty-nine manuscripts.

The manuscript upon which this translation was made was found in Ethiopia, in 1768, by the Scotsman, James Bruce. . . . . . . According to Canon R. H. Charles, the various elements of which the Book of Enoch in its present form is made up belong to different dates. Thus one can expect a diversity of authorship, and of this there can be no shadow of doubt. However, while there is not unity of authorship there is, none the less, uniformity. Several scholars suggest we should speak of the collection as the "Books" of Enoch, not the "Book" of Enoch.

Not only does the Book of Enoch come from many writers and almost as many periods, it touches upon every subject that could have arisen in the ancient schools of the prophets. Nearly every religious idea appears in a variety of forms, and during the two centuries before the Christian era, played an important role in the development in the Hebrew theology. Conflicting views are advanced on the Messiah, the Messianic kingdom, the origin of sin, Sheol, the final judgment, the resurrection, and the nature of the future life. There is an elaborate angelology, and demonology, and much space is devoted to the calender and the heavely bodies and their movements. . . .
Publisher.

First published in 1821, explains the coming evil upon the world with the arrival of "fallen angels."
-Publisher

Richard Laurence (born in Bath 1760; died in Dublin 1838) was an English Hebraist and Anglican churchman. He was made Regius Professor of Hebrew and canon of Christ Church, Oxford, in 1814, and Archbishop of Cashel, Ireland, in 1822.His chief contribution to Biblical scholarship was his study of the Ethiopic versions of certain pseudepigrapha: Ascensio Isaiæ Vatis (Oxford, 1819); Primi Ezræ Libri . . . Versio Æthiopica (ib. 1820); The Book of Enoch the Prophet (ib. 1821; other ed. 1832, 1838), from a manuscript in the Bodleian Library brought from Abyssinia by James Bruce; these were all provided with Latin and English translations. Though these editions have been superseded, through the discovery of better texts and the employment of better critical methods, Laurence is entitled to the credit of having revived the study of Ethiopic, which had been neglected in England since the time of Walton. He published also The Book of Job (Dublin, 1828) , the Authorized Version, arranged in conformity with the Masoretic text.

How Do We Know the Bible is True? #01
Ken Ham (Ed), Bodie Hodge
Paperback