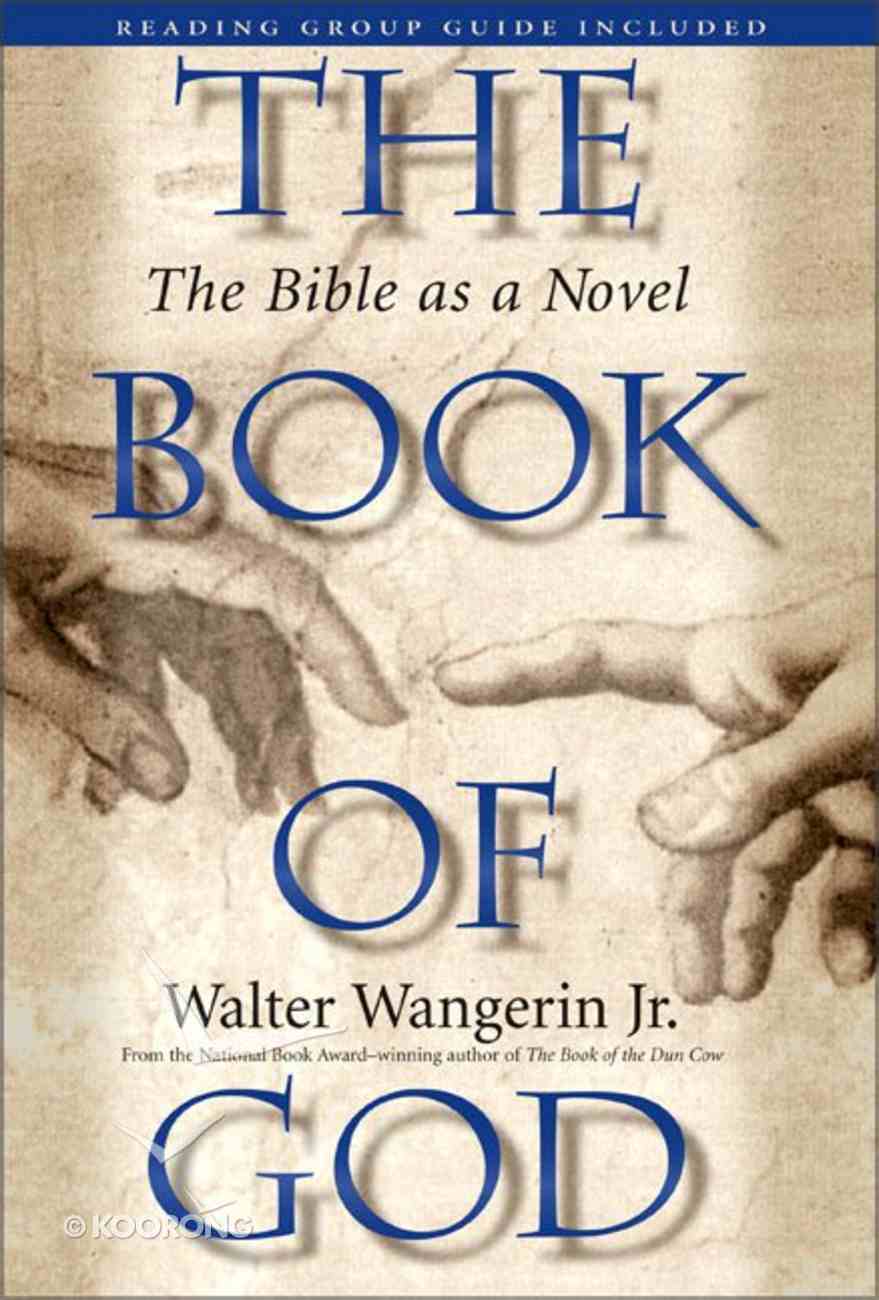 The Book of God

The Prince (#03 in Sons Of Encouragement Series)
Francine Rivers
Hardback

Ben-Hur: A Tale of the Christ
Carol Wallace
Paperback

Ben-Hur: A Tale of the Christ
Carol Wallace
eBook

The Bible as a Single, Powerful Story. Here is the entire story of the Bible, narrated by master storyteller Walter Wangerin Jr. Reading like a great historical novel, The Book of God dramatizes the sweep of biblical events, making the men and women of this ancient book come alive in vivid detail and dialogue. From Abraham wandering in the desert to Jesus teaching the multitudes on a Judean hillside, The Book of God follows the biblical story in chronological order. Priests and kings, apostles and prophets, common folk and charismatic leaders--individual stories offer glimpses into an unfolding revelation that reaches across the centuries to touch us today. Wangerin recreates the high drama, low comedy, gentle humor, and awesome holiness of the Bible story. Imaginative yet meticulously researched, The Book of God offers a sweeping history that stretches across thousands of years and hundreds of lives, in cultures foreign and yet familiar in their common humanity. History and fact take
-Publisher

Here is the story of the Bible from beginning to end as you've never read it before - told with exciting detail and passionate energy. The Book of God reads like a fine novel, bringing a wise and beautiful rendering of the Bible, retold by master storyteller Walter Wangerin, Jr. Wangerin recreates the high drama, low comedy, gentle humor, and awesome holiness of the Bible story. Imaginative yet meticulously researched, The Book of God offers a sweeping history that stretches across thousands of years and hundreds of lives, in cultures foreign and yet familiar in their common humanity. History and fact take on personality and warmth. Wangerin shows you human hands - Abraham raising the knife over his son Isaac on Mount Moriah, a priest offering incense in the temple at Jerusalem, Joseph the carpenter at work with his tools. He shows you human faces - Moses and Aaron face-to-face with the king of Egypt, Mary smiling like a white rose, and Jesus laughing with a Samaritan woman. Gardens, humble homes, olive groves, palaces, temples, and the hills of Judea shining in the afternoon sun - Wangerin makes the places where the events of the Bible took place come to life in the imagination.
-Publisher

OneAbrahamAn old man entered his tent, dropping the door flap behind him. In the darkness he knelt slowly before a clay firepot, very tired. He blew on a coal until it glowed, then he bore the spark to the wick of a saucer lamp. It made a soft nodding flame. The man''s face was lean and wounded and streaked with the dust of recent travel. He began to unroll a straw mat for sleeping but paused halfway, lost in thought.Altogether the tent was rectangular, sewn of goatskins and everywhere patched with fresher skins of the goat. Across the middle a reed screen hung from three poles, dividing the space into two compartments, one for the man, one for his wife. These two were all that dwelt in the tent. There were neither children nor grandchildren. There never had been.A vagrant wind slapped the side of the tent so that it billowed inward, but the man didn''t move. He was gazing into the finger-flame of the lamp.Old man. Perhaps eighty years old. Nevertheless, this present weariness did not come from age. In fact, the man had a small wiry body as light and as tough as leather. Nor was his eye diminished. It watched with a steadfast grey light, awaiting interpretation. It was not an old eye, but a patient one.Not age, then. Rather, the man was made weary by this day''s travel and yesterday''s war.His only relative in the entire land of Canaan even from the Euphrates River in the east to the Nile in Egypt was a nephew who had chosen the easier life. Though the old man himself lived in tents, Lot, his nephew, dwelt in the cities of the Jordan valley, the watered places, fertile places, desirable, sweet and green. But lately four kings of the north had attacked and defeated five cities of the valley. One of these was Sodom, the city Lot had chosen. Among the prisoners whom the northern kings carried away, then, was Lot.As soon as the old man heard that his kinsman had been taken captive, he armed three hundred and eighteen of his own men, mounted donkeys, and pursued the enemy with a light and secret speed. In the night he divided his forces. He surprised the northern kings by striking from two sides at once. He routed them. He drove them home. And all their plunder, all their prisoners he brought back to the cities that had been defeated: Sodom, Gomorrah, Admah, Zeboiim, Zoar. Lot was free again, and again he chose Sodom for his dwelling though the men of the place had a reputation for extreme wickedness.That was yesterday.Today the king of Sodom had offered the old man all the plunder he''d returned, but the old man refused.Today the Priest-King Melchizedek had come forth with bread and wine to honor the old man, and he honored him saying:Blessed are you!Blessed, too, be the God most highwho delivers your foe into your hand!And today the old man had come back to his tents, again, near the oaks of Mamre, tired.Today, in the evening, his wife had baked him a barley cake, though he ate scarcely anything and she herself ate nothing at all."Is the young man safe, then?" she had asked."Yes," he told her."And his children?" she said, looking dead level at her husband. "How are the children of the man who lives within the walls of houses?""Safe," said the man."They are home, then?" she said. "Lot sits contented among his children, then? Lot looks upon the consolation of his old age, then, because he has an uncle who saves him when his own choices get him into trouble?"The old man said nothing."Because he has a good uncle?" she continued. "A generous uncle? An uncle whose wife never did put the first bite of barley cake into the mouth of her own child?"It was then that the old man arose and left his food unfinished. He trudged through the dusk to his own side of the tent and entered and pulled the flap down behind himself and lit the lamp and fell to staring at the single flame, the straw mat only half unrolled in front of him. He was very tired. He was kneeling, sitting back on his heels. He maintained that same posture, unwinking, unsleeping, thr
-Publisher

Matthew Wangerin played both high school and college basketball, serving as team captain at both levels. He enjoys public speaking and has dedicated himself to encouraging others to avoid life's pitfalls. He lives in Atlanta, Georgia, where he manages a restaurant. 'Father and Son' is his first book. A

The Book of God: The Bible as a Novel
Walter Wangerin (Jr)
Paperback