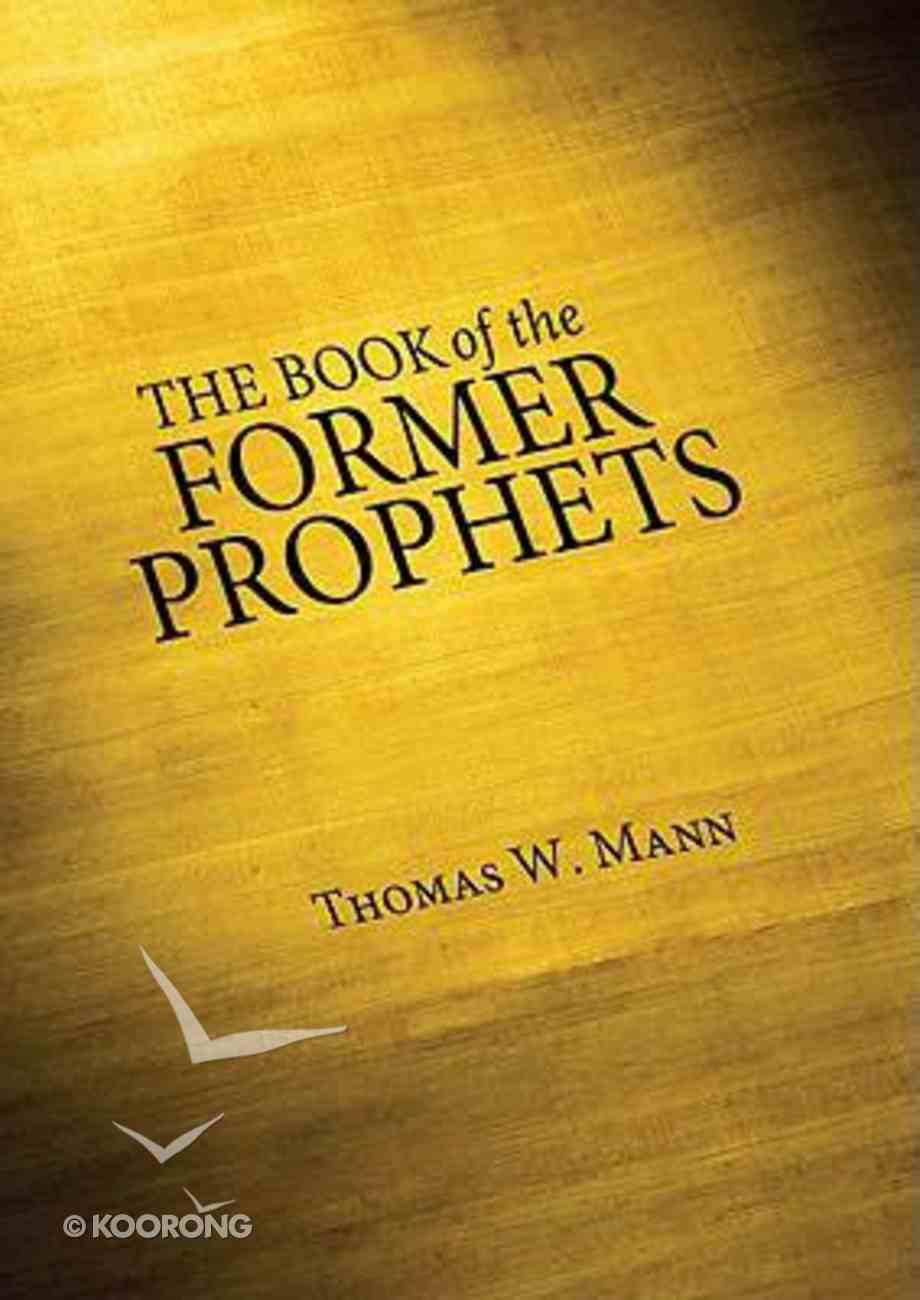 The Book of the Former Prophets

This narrative as a whole is a compelling example of ancient historiography incorporating many different literary sources from different times, spanning the period of seven hundred years, from the conquest of Canaan to the exile when Israel lost the land....

The Book of the Former Prophets
Thomas W Mann
eBook

This narrative as a whole is a compelling example of ancient historiography incorporating many different literary sources from different times, spanning the period of seven hundred years, from the conquest of Canaan to the exile when Israel lost the land.
-Publisher

Synopsis: The Former Prophets of the Hebrew Bible includes the books of Joshua through 2 Kings, a narrative of ancient Israel's history of some seven hundred years from the "conquest" of Canaan to the exile, when Israel lost the land. From a critical perspective the narrative is a composite document incorporating many different literary sources from different times; seen as a whole, the result is a compelling example of ancient historiography as well as an impressive artistic achievement. Included are fascinating (and often horrifying) stories of war, religious fanaticism, terror, and disaster, as well as stories of deep personal loyalty, friendship, and faith. Many characters in the books of The Former Prophets are at once virtuous and villainous, such as King David: slayer of giants, writer of therapeutic songs, and builder of empire, who is also a permissive parent, a rapist, an adulterer, and a murderer. The books of the Former Prophets feature a witch who is far from wicked, and a religious reformer who slaughters the unorthodox. Even God makes an appearance as an evil spirit! Not only have such vivid personages inspired works of art and motivated groups, including the Pilgrims, who came to America to found communities like New Canaan. The Former Prophets also present parallels--often uncomfortable ones--to events in our own history from ethnic cleansing to tyrannical oppression. Yet the Former Prophets also picture the dream of a just and peaceful community that has motivated people of goodwill for thousands of years. Through it all the Former Prophets raise perennial questions: What is the relationship between divine sovereignty and human political institutions? How does a culture identify "insiders" and "outsiders"? In what sense are historical events the result of human acts and also of divine Providence? How does a nation come to terms with its failures as well as its triumphs? Endorsements: "Having retold the first part of the Bible's story of ancient Israel in his acclaimed The Book of the Torah, Thomas Mann now presents the second half with critical and theological acumen. The difficult themes and pictures are not glossed over, but Mann's rich interpretive retelling opens up avenues into a contemporary appropriation of this story, on which, for better or for worse, the Christian community is grounded." --Patrick D. Miller Princeton Theological Seminary, Emeritus "An amazing achievement. Lucidly, with illuminating parallels from modern times, Mann guides us superbly through vast terrain. He keeps the big picture always in view, yet has an unerring eye for the telling detail. He concisely explains disparate sources and historical background. But always the story, with its rich cast of characters, takes pride of place. We see complexities and ambiguities in narratives fraught with violence and we confront the challenges they present today's reader. The final chapter, deeply thoughtful, critical, and constructive, lays out paths to better understand this great theological history as a work of theodicy, the struggle to comprehend God's ways in a calamitous world. In Mann's book, the ancient work has an excellent modern companion." --David M. Gunn Texas Christian University Author Biography: Thomas W. Mann has taught religious studies at the college, seminary, and doctoral levels and served as a parish minister in the United Church of Christ. He is the author of The Book of the Torah (1988), to which this book is a sequel.
-Publisher

Thomas W. Mann served as Pastor of Parkway United Church of Christ in Winston-Salem, North Carolina, for over twenty years. He has taught at Converse College and Princeton Theological Seminary.

The Theology of the Book of Isaiah
John Goldingay
Paperback

The Fear of the Lord is Wisdom: A Theological Introduction to Wisdom in Israel
Tremper Longman (Iii)
Hardback