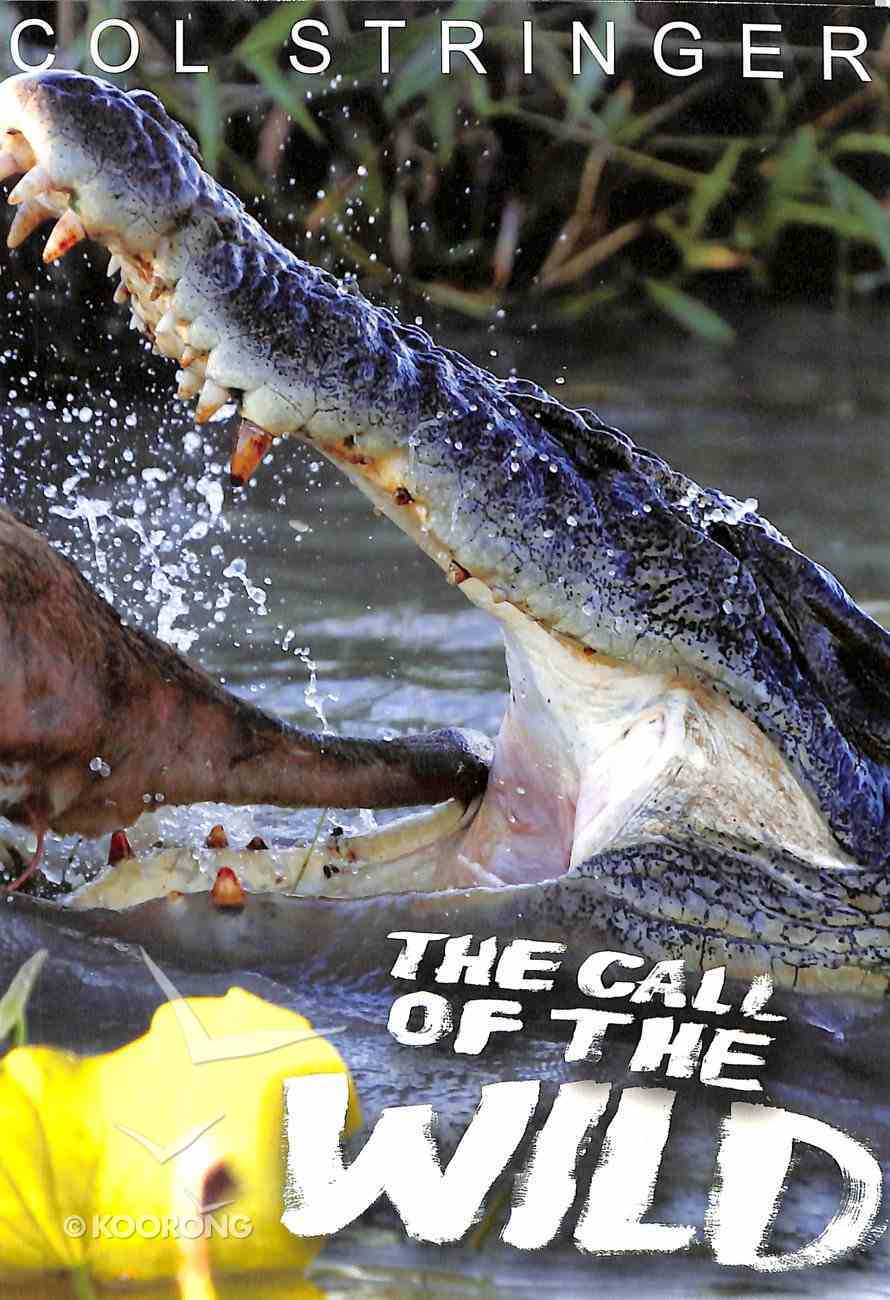 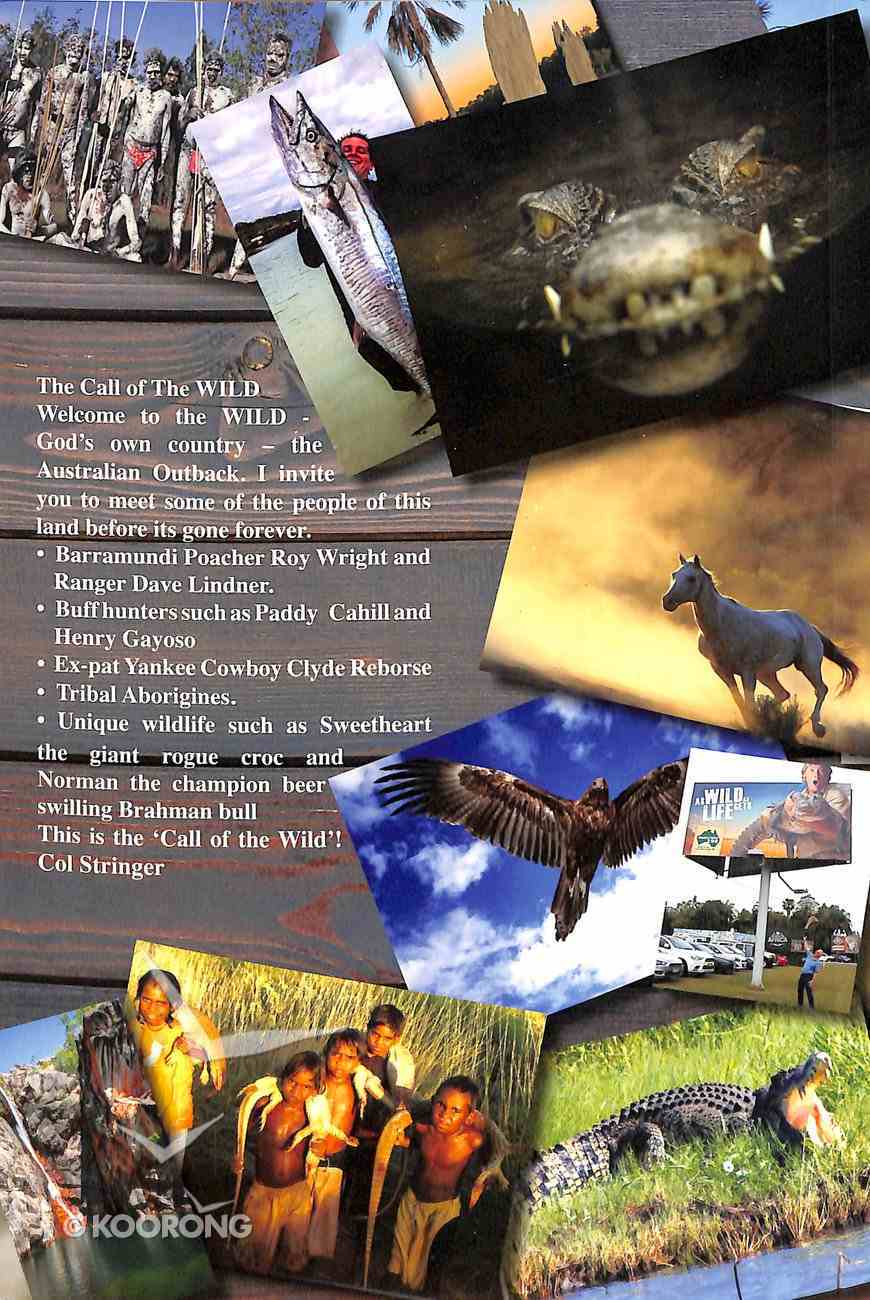 The Call of the Wild

Chapter 1 As WILD As Life Gets "I think my path would have always gone back to or delivered me to wildlife. I think wildlife is just like a magnet and it's something that I can't help." Crocodile Hunter' -...

James Hudson Taylor: Called By God Into the Heart of the Dragon
Ruth Broomhall
Paperback

Good, the God and the Ugly, the
Kathy Vallotton
eBook

Chapter 1
As WILD As Life Gets
"I think my path would have always gone back to or delivered me to wildlife. I think wildlife is just like a magnet and it's something that I can't help." Crocodile Hunter' - Steve Irwin

My father was a hunter and fisherman, born and raised in the bush - the Outback as our yank friends like to call it. He was almost born on a horse and rode one five miles to school every day. So is it any wonder that I grew up with a love of the outdoors, horses, fishing, guns and wildlife. That's my background, and one I love. I am one of the wild-by-nature sons of God who has been grafted into His Kingdom!

I love the Lord but His Church has not always been an easy place to feel comfortable. For much of my Christian life I felt I never really fitted into the accepted view of Christianity. I felt like a fish out of water around some 'religious' people. The way they dressed, the terminology they used, the seeming lack of humour, life and adventure made it appear a drab existence. (And I'm sure I am far from alone in my point of view.) Many in todays 'politically correct' world have little concept of adventure, hunting, fishing and especially the big no, no - guns! I mean, could one really be a Christian and still hunt and fish? Sometimes my weird sense of humour got the better of me and I would say things like: "l love animals - they taste great!" (Seriously, I do love animals).

Some in the church found it hard to relate to my lifestyle, as I didn't conform to what they consider 'acceptable and normal'. Yet Jesus rubbed shoulders with the 'real world' - tax collectors, publicans and fishermen (not 'fishers' - I hate that politically correct nonsense). He often went into the 'Outback' - the wilderness for times of refreshing. The Apostle Paul said that he was "what he was by the Grace of God."

In other words - just be yourself! David fought both a lion and a bear; the mighty Samson dealt with foxes and even a lion, while the Catholic Saint Assisi is their patron saint of animals. So I guess I'm in good company! My office is decorated with my pho-tographs of eagles, foxes, fish and wild horses. That's my passion. It's what makes me come alive. But not everyone is happy about it or can handle it. One Pastor tried to get me to conform to a more 'acceptable' view of Christianity. Boring might be a more apt description! For many years I wanted to write a book such as this, but thought it would not be accepted. Yet I do believe there's something wild and adventurous in the heart of every 'fair dinkum' Aussie. People relate to my wildlife stories. If it helps mentor the young or fire up the spirit of adventure in others, why knock it? I'm tired of all the political-correctness bull. It broke my heart the day Steve Irwin died - we lost a great role model that day. So, before you judge my book by today's standards please realise that these things took place in a different time with vastly different ideals and values. I'm so glad that God made me wild at heart! It could hardly be said that I've led a dull life. I might even be so bold as to say I've had an adventurous life. I inherited a spirit of adventure. Jan and I have faced death more than once. Probably the worst time was in Cyclone Tracy during which 11,000 houses were destroyed - including ours. We've survived two major earthquakes, one in Bali where hundreds of people were killed, and one in Northern California where the freeways came tumbling down. I have swum with sharks, crocs and deadly jellyfish (not by choice). I have had my life threatened several times and have been charged by a wild boar, as well as had my 4WD charged by buffalo.


That gives you an idea of the book.

Col Stringer is the son of a professional hunter, born in the rugged desert country of Australia. During his life in the Northern Territory Col was awarded the Mariner Fishing Writer of the Year award (Australia) (1979), won a Swedish Gold Medal for a world record shark capture, and was featured in an outdoor documentary film for Australian and American television. Col also successfully hosted his own outdoor and fishing TV program and has written 10 books on fishing, hunting and wildlife. His book The Saga of Sweetheart, about a true story of a giant rogue crocodile has become a best seller.
The Stringers minister with a powerful anointing and are in great demand to speak at churches and conventions in many parts of the globe. Col's unique background of wildlife and humour have won for him the title of "Pastor Crocodile Dundee". He is also a very successful author of 20 Christian books, with total sales of 300,000. Two of his books 800 Horsemen and Fighting McKenzie were voted number 12 and 29 in the Australian Broadcasting Commissions 100 All-time favourite books, beating such books War and Peace, Wuthering Heights and even one of the Harry Potter books, the only Christian books (except the Bible) in the top 100.