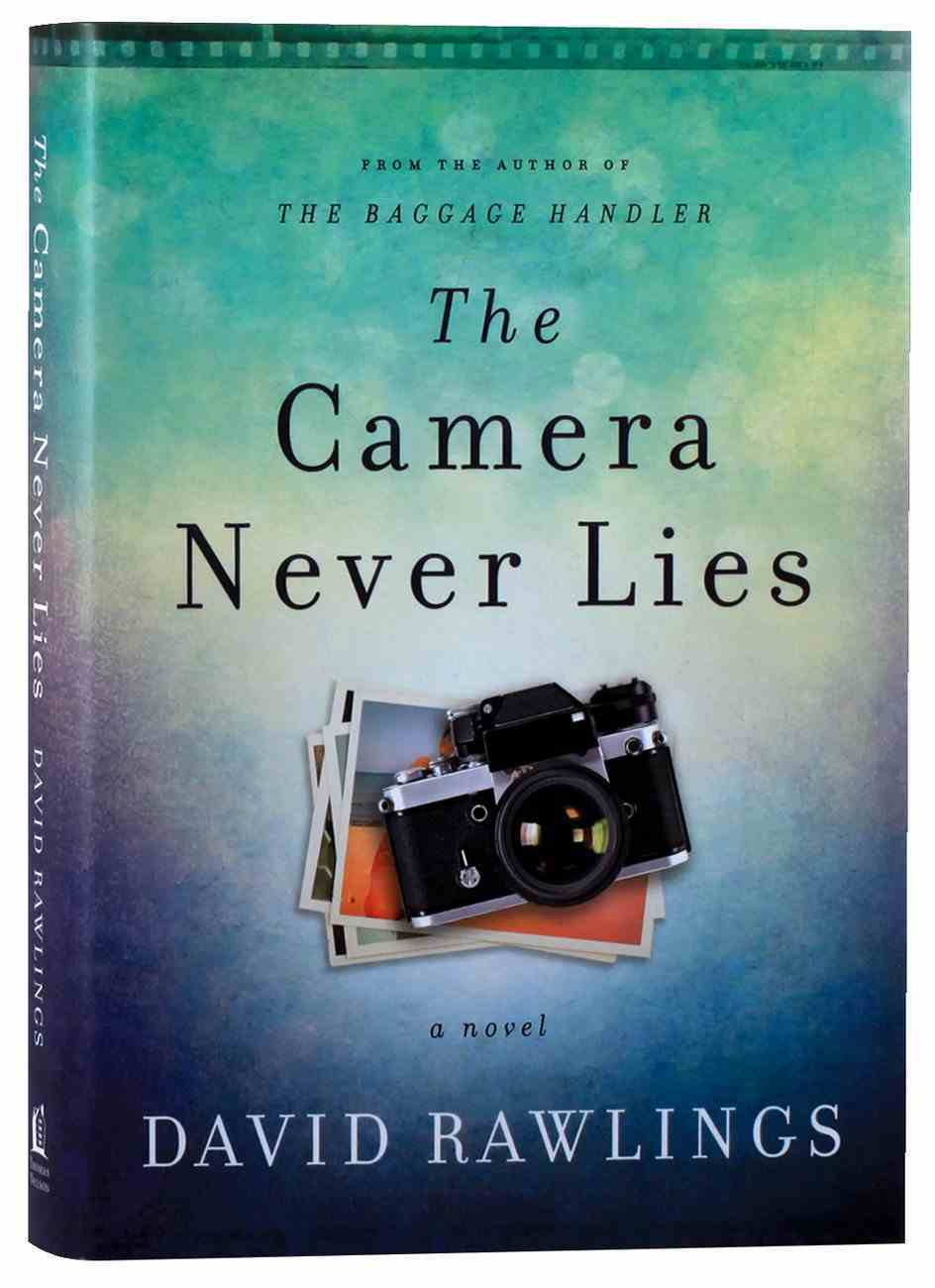 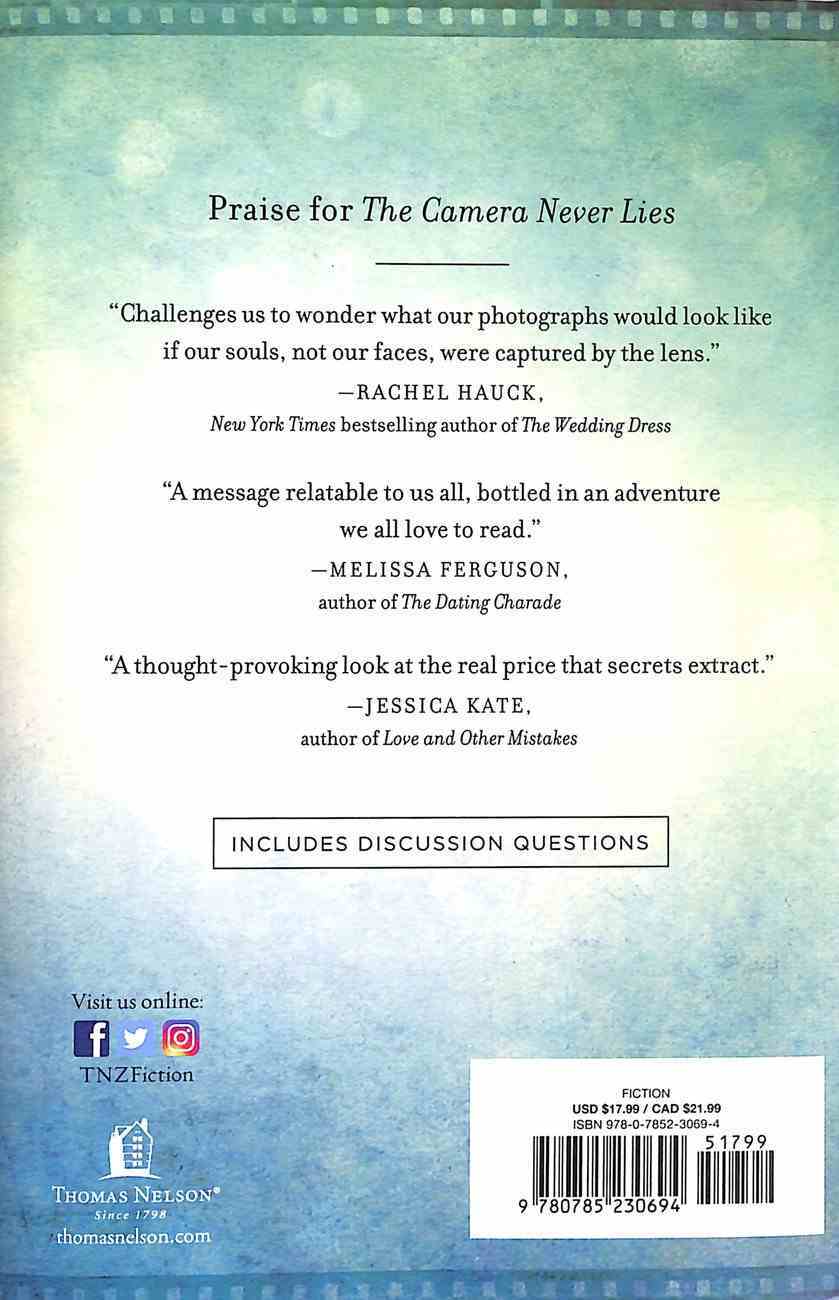 Daniel, Kelly, and Milly appear to be the perfect family. But an old camera will expose secrets no one wants developed. Daniel Whitely is a successful marriage counselor and bestselling author, yet his own marriage is in crisis and his...

Daniel, Kelly, and Milly appear to be the perfect family. But an old camera will expose secrets no one wants developed. Daniel Whitely is a successful marriage counselor and bestselling author, yet his own marriage is in crisis and his daughter is drifting further away each day. To make matters worse, the deadline for his second book has come and gone, and he still hasn't written a single word.

When Daniel inherits an old camera from his grandfather, he notices an inscription on the bottom: "No matter what you think you might see, the camera never lies." Daniel begins using the camera, but every time he develops his photos, they threaten to reveal secrets that could sabotage both his marriage and his career - exposing him as a fraud and destroying the life he has worked so hard to build.

He's faced with a choice: keep his secrets and save his career or come clean and possibly save his family. Which will he choose? Which would you choose?

"In his intriguing novel, The Camera Never Lies, David Rawlings challenges us to wonder what our photographs would look like if our souls, not our faces, were captured by the lens. This fascinating story will capture your imagination and your heart." - Rachel Hauck, New York Times bestselling author of The Wedding Dress

"The camera never lies, and neither does this gripping story about unearthing our deepest secrets in the most fantastical of ways. A message relatable to us all, bottled in an adventure we all love to read." - Melissa Ferguson, author of The Dating Charade

"A thought-provoking look at the real price that secrets extract - not just from the person keeping them, but from their loved ones, too.You'll close this story and be compelled to examine your own life . . . and also look at those around you and wonder, 'Who else looks like they have it all together but is drowning on the inside?'" - Jessica Kate, author of Love and Other Mistakes

:
David Rawlings, author of The Baggage Handler, returns with another probing story: what would you do if your secrets were revealed to those around you?


Daniel Whiteley is a successful couples counselor who regularly puts families back together, helping them face up to the things in life they hide. But his own marriage is falling apart.


His wife, Kelly, knows Daniel is hiding something from her, but she doesn't dare probe for fear her own secrets will be revealed.


When his grandfather dies, Daniel inherits an old SLR camera from a time when cameras pointed away from the person taking the photograph. On the camera is an inscription: "Use this camera wisely and remember, regardless of the picture you think you took, the camera never lies."


When Daniel first uses his new camera he finds someone has already filled the roll of film. Annoyed, he processes the film and finds photos of a secret that he's been hiding from his wife and daughter.


He has no idea who took them.

David Rawlings is an Australian author, and a sports-mad father of three who loves humor and a clever turn of phrase. Over a 25-year career he has put words on the page to put food on the table, developing from sports journalism and copywriting to corporate communication. Now in fiction, he entices readers to look deeper into life with stories that combine the everyday with a sense of the speculative, addressing the fundamental questions we all face.Website: www.davidrawlings.com.au ; Facebook: David Rawlings - Author; Instagram: davidrawlingsauthor.