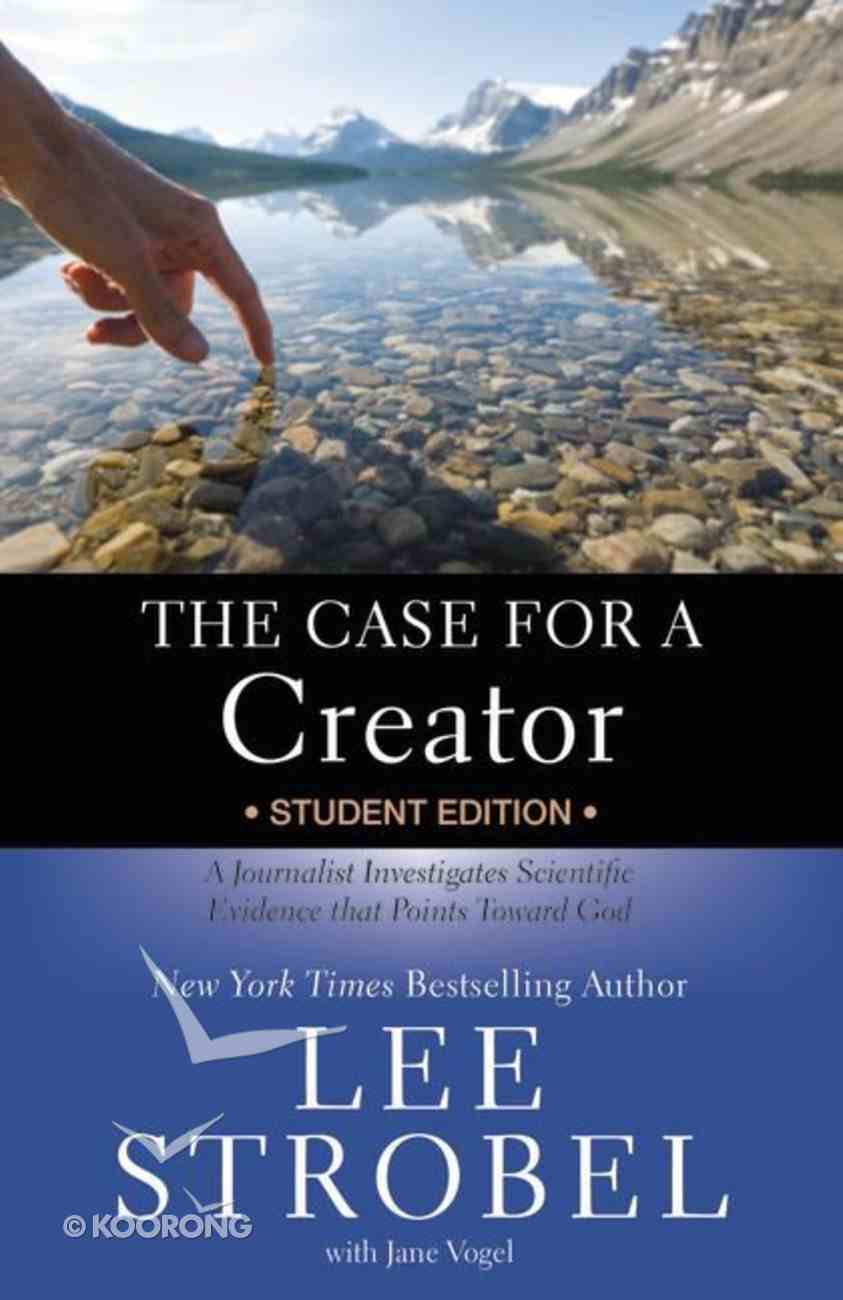 The Case For a Creator (Student Edition)

Has Science Discovered God?When Lee Strobel was a high school freshman, science convinced him that God didn't exist. Since then, however, incredible scientific discoveries have not only helped restore Lee's faith, but have strengthened it.Lee is not alone. More and...

Has Science Discovered God?When Lee Strobel was a high school freshman, science convinced him that God didn't exist. Since then, however, incredible scientific discoveries have not only helped restore Lee's faith, but have strengthened it.Lee is not alone. More and more scientists, confronted with startling, cutting-edge evidence from many areas of research, no longer believe the universe just 'happened' or that life arose by mere chance. Behind a universe of staggering complexity, they are seeing signs of a Master Designer.Are your science textbooks still telling you the same 'facts' that Lee's did years ago? Prepare to be astonished by what some of today's most respected experts have to say about:The birth of the universeDarwinism and the origin of lifeThe astounding fine-tuning of the cosmosAmazing molecular machines and DNA researchWeigh the evidence for yourself. Then consider this question: Could it be that the universe looks designed ... because it is?
-Publisher