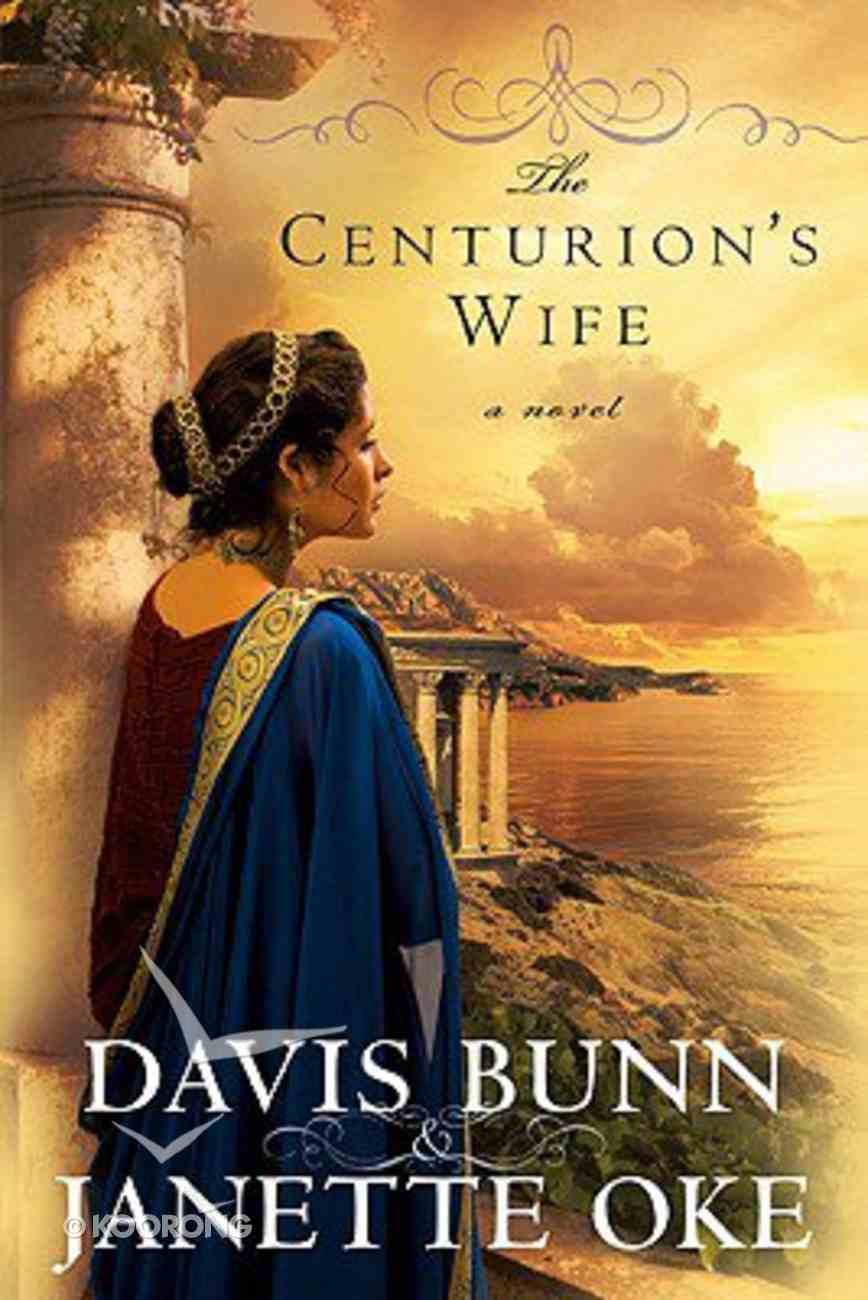 The Centurian's Wife (#1 in Acts Of Faith Series)

Janette Oke has dreamed for years of retelling a story in a biblical time frame from a female protagonist's perspective, and Davis Bunn is elated to be working with her again on this sweeping saga of the dramatic events surrounding...

Janette Oke has dreamed for years of retelling a story in a biblical time frame from a female protagonist's perspective, and Davis Bunn is elated to be working with her again on this sweeping saga of the dramatic events surrounding the birth of Christianity...and the very personal story of Leah, a young Jewess of mixed heritage trapped in a vortex of competing political agendas and private trauma. Caught up in the maelstrom following the death of an obscure rabbi in the Roman backwater of first-century Palestine, Leah finds herself also engulfed in her own turmoil--facing the prospect of an arranged marriage to a Roman soldier, Alban, who seems to care for nothing but his own ambitions. Head of the garrison near Galilee, he has been assigned by Palestine's governor to ferret out the truth behind rumors of a political execution gone awry. Leah's mistress, the governor's wife, secretly commissions Leah also to discover what really has become of this man whose death--and missing body--is
-Publisher

DAVIS BUNN, a professional novelist for twenty years, has sales in excess of six million copies in sixteen languages, appearing on numerous national bestseller lists. He is known for the diversity of his writing talent, from gentle gift-books like The Quilt to high-powered thrillers such as The Great Divide. He has also enjoyed great success in his collaborations with Janette Oke, with whom he has co-authored a series of ground-breaking historical novels.Davis draws on a rich background of international experience. Raised in North Carolina, he completed his undergraduate studies at Wake Forest University, then traveled to London to earn a Masters degree in international economics and finance before embarking on a distinguished business career taking him to more than thirty countries in Europe, Africa, and the Middle East.He has received numerous accolades, including three Christy Awards for excellence in fiction. He currently serves as Writer-in-Residence at Regent's Park College, Oxford University, and is a sought-after lecturer on the craft of writing. JANETTE OKE was born on the Canadian prairies in Champion, Alberta, and has drawn from her own family's heritage in developing characters and plots. She is a graduate of Mountain View Bible College in Alberta, where she met her husband, Edward. After pastoring churches in Canada and Indiana, the Okes returned to the Calgary, Alberta, area, where Edward served in several positions on college faculties while Janette continued her writing. She has authored over four dozen novels for adults and children, and her book sales total nearly twenty-seven million copies. Her literary awards are numerous and include the ECPA President's Award and the CBA Life Impact Award for her significant contribution to the growth of Christian fiction. She also has won both the Gold Medallion and the Christy Awards. The Okes have three sons and one daughter, all married, and are enjoying their many grandchildren. Edward and Janette are active in their local church and make their home north of Calgary
-Publisher

The Collection #02: My Foolish Heart / the Shadow of Your Smile / You Don't Know Me (#02 in Deep Haven Collection Series)
Susan May Warren
eBook