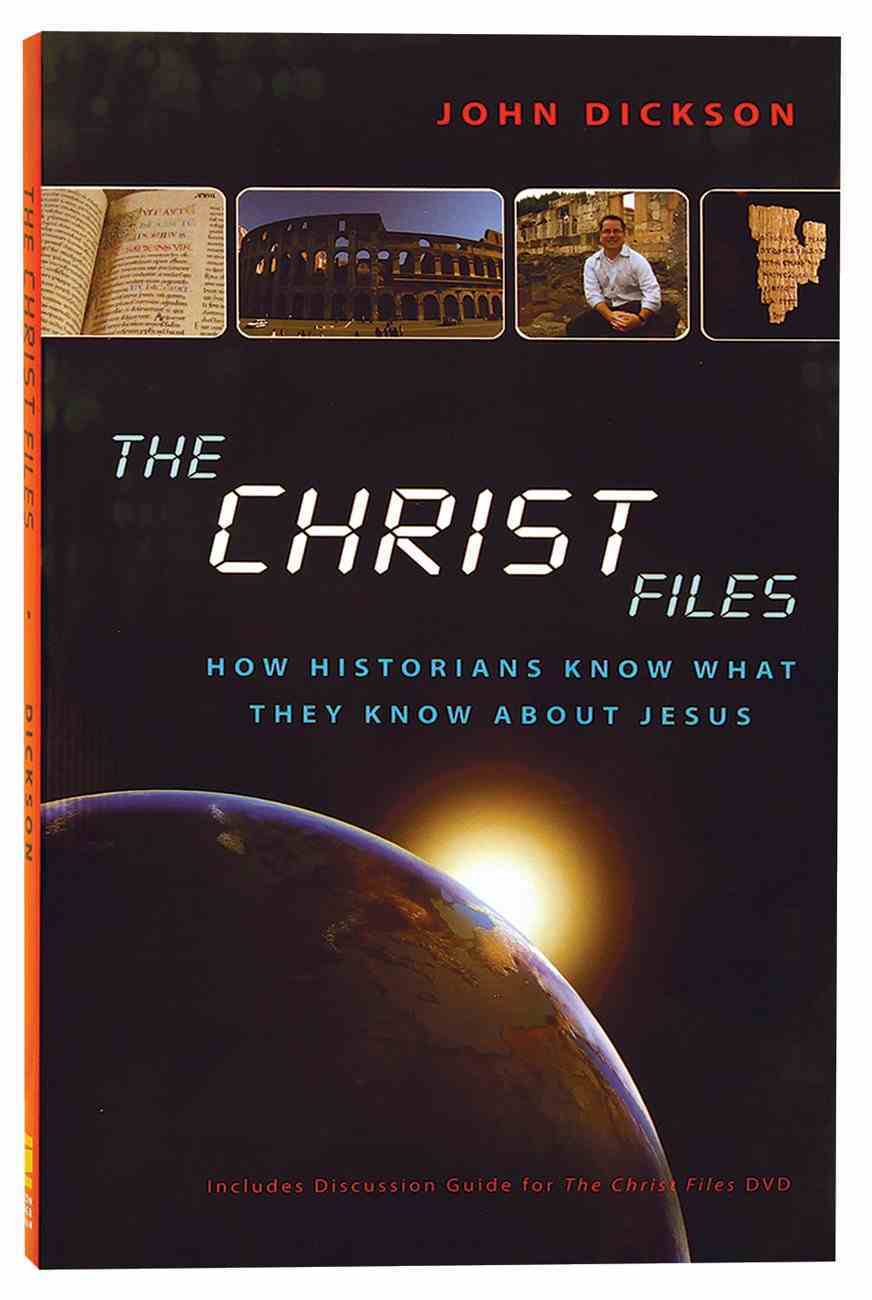 The Christ Files: How Historians Know What They Know About Jesus

50 available
Expected to ship within 6 hours from Australia.
Learn More
Free Shipping
for orders over $99.

An accessible explanation of-and answers to-the hot issues about the historical reliability of Jesus.
^^^Uniquely among the world's religions, the central claims of Christianity concern not just timeless spiritual truths, but tangible historical events. At the heart of the of the Christian faith are things that are meant to have happened in Palestine between 5 BC and AD 30. It's as if Christianity happily places its head on the chopping block of public scrutiny and invites anyone who wants to come and take a swing.


^ ^Some of Christianity's claims are so spectacular that they provoke a firestorm of questions, scrutiny, debate, and misinformation whenever they are discussed. The popularity of The Da Vinci Code and the frequent airing of TV documentaries delving into the darker uncertainties of Christianity show that such skepticism flourishes in the Western world today.


^ ^In The Christ Files you will learn how historians know what they know about Jesus. Historian John Dickson embraces the need to examine Christianity's claims in the light of history, opening readers to a wealth of ancient sources and explaining how mainstream scholars - whether or not they claim Christian faith personally - reach their conclusions.


^ ^Christianity arrived on the historical scene at a time of great literary activity. While many texts penned by ancient philosophers, historians, poets, and playwrights can reliably inform us about Jesus himself and about the culture in which he lived, others are not so credible. Dickson skillfully highlights both types of sources along with the historical methods used to study Christianity's claims. He also shows how historians assess the reliability of available data, and provides an honest but informed perspective on where historical issues are clear-cut and where personal faith comes into play. The Christ Files is a must-read for those looking to expand their understanding of early Christianity and the life of Jesus.

Christobiography: Memories, History, and the Reliability of the Gospels
Craig S Keener
Hardback