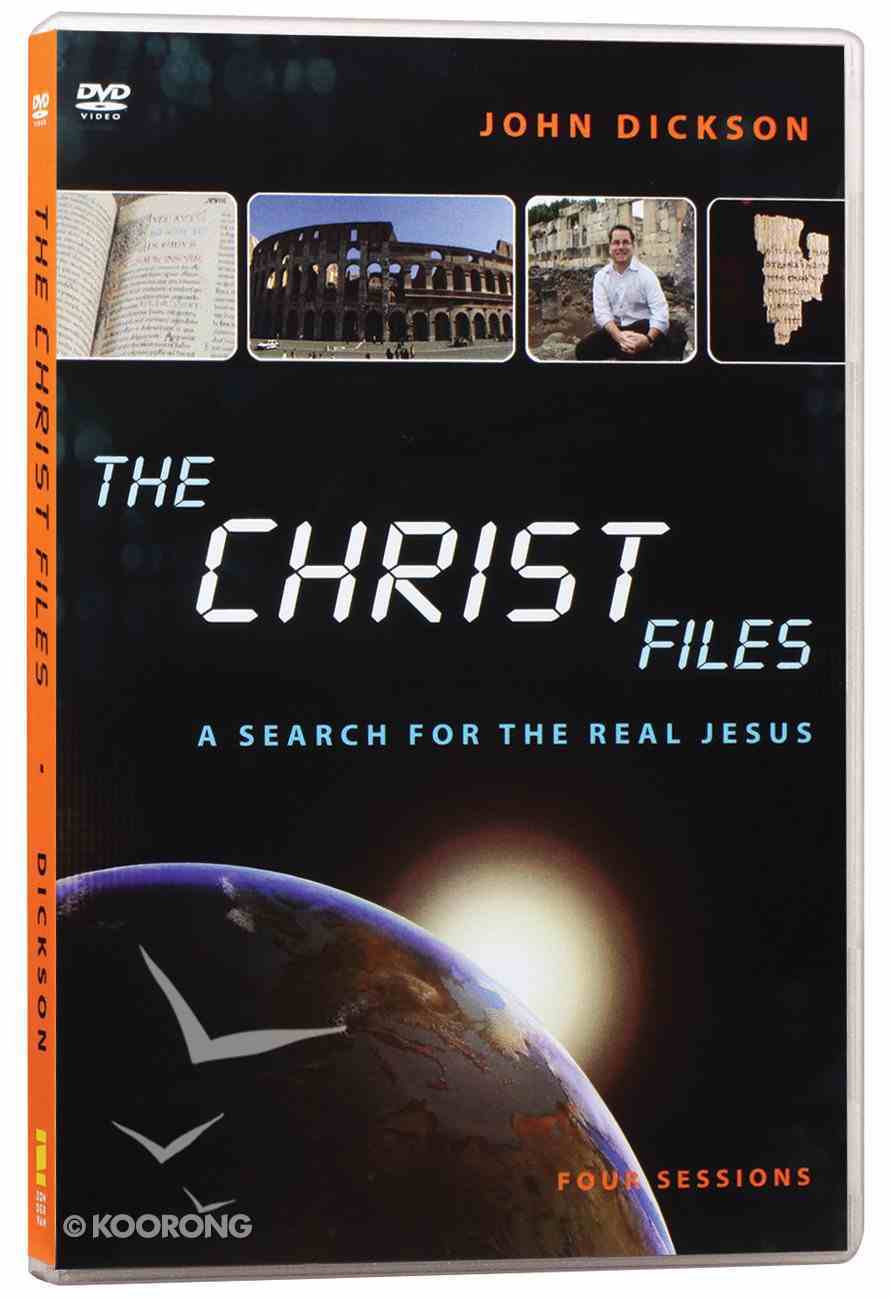 Highly recommended viewing from a master communicator! Who was Jesus really? Has the real Jesus been so buried by tradition and legend that he is now lost to people living in the 21st century? ^ ^Australia's top-selling Christian...

God Made the World (God Made Series)
Board Book

Highly recommended viewing from a master communicator!
Who was Jesus really? Has the real Jesus been so buried by tradition and legend that he is now lost to people living in the 21st century?


^ ^Australia's top-selling Christian author, historian Dr. John Dickson sets out to discover what we can know for certain about the life of one of history's best known and most influential figures. In a captivating journey across the globe, John Dickson examines ancient documents and consults the world's most respected historians and scholars. Beginning with the Gnostic Gospels, he crisscrosses continents on a search back through time for the historical sources that reveal the real Jesus- a search for the Christ Files.


^ ^Filmed in seven countries the documentary reveals the earliest and most important manuscript evidence for Jesus of Nazareth, including the writings of Josephus, Tacitus, the apostle Paul and the controversial Gnostic Gospels. Neither a work of fanciful scepticism nor of Christian propaganda The Christ Files provides viewers with a front row seat to the facts behind Western civilisation's most influential story. Interviews with twelve of the most prominent scholars and historians and access to some of Israel's most important archaeological sites give this documentary a unique authority.


Unique among the world's religions, the central claims of Christianity concern not just timeless spiritual truths, but tangible historical events as well. Historian John Dickson examines Christianity's claims in the light of history, opening you and your group to a wealth of ancient sources and explaining how mainstream scholars ? whether or not they claim Christian Faith personally ? reach their conclusions about history's most influential figure, Jesus of Nazareth.


In The Christ Files, Dickson skillfully highlights sources and historical methods used to study Christianity's assertions. He illustrates how historians assess the reliability of data, and provides an honest and informed perspective on where historical issues or clear-cut and where personal faith comes into play.


The Christ Files will help you and your small group expand your understanding of early Christianity and the life of Jesus.


This four-session DVD includes live teaching from John Dickson and is designed for use with the companion Participant's Guide (sold separately).


Sessions include:
1. Gnostics and Romans
2. Jews and Christians
3. Lost Sources and Oral Traditions
4. Archaeologists and Artifacts

The Case For Faith (The Film)
Lee Strobel
DVD