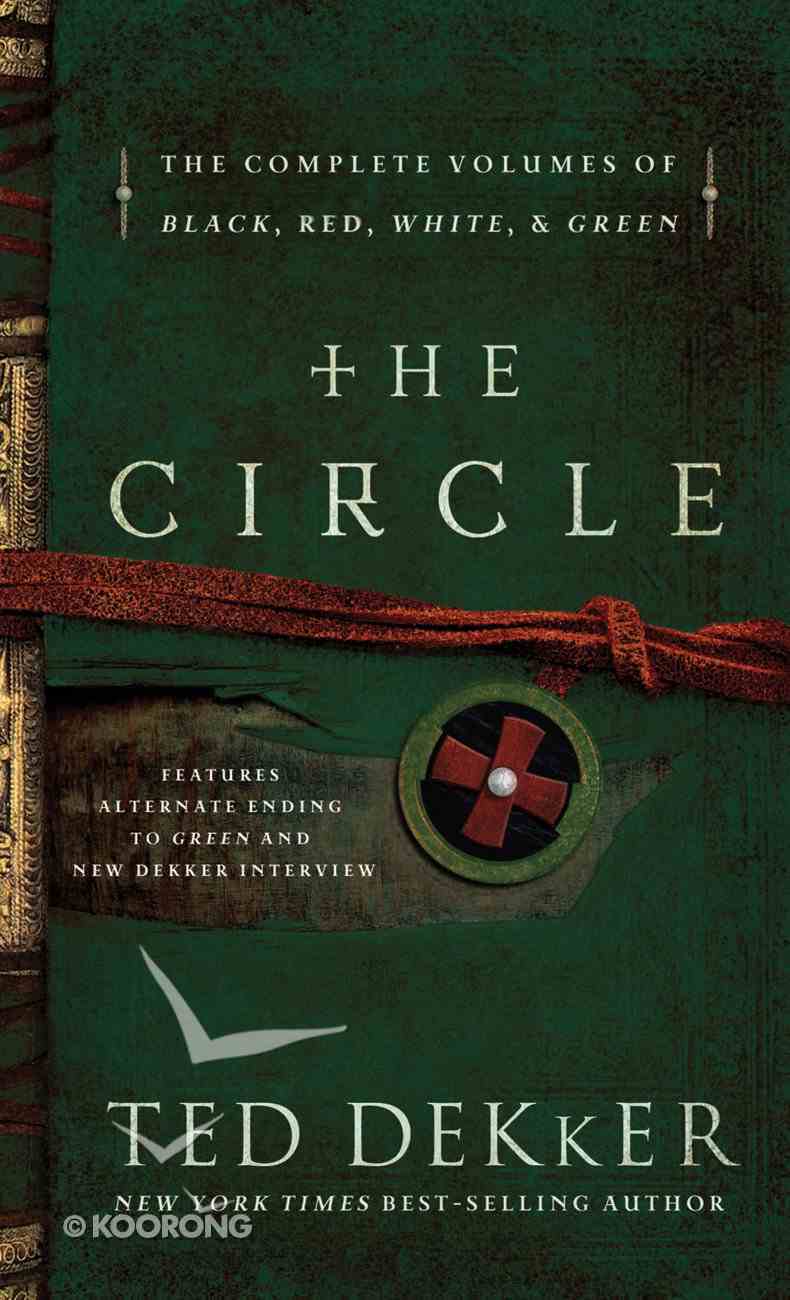 Ted Dekker's bestselling and most beloved series-together in one volume. It's an epic tale of evil and rescue, betrayal and love, and a terrorist threat unlike anything the human race has ever known. Thomas Hunter is an unlikely hero...

The Slumber of Christianity: Awakening a Passion For Heaven on Earth
Ted Dekker
Paperback

Ted Dekker's bestselling and most beloved series-together in one volume. It's an epic tale of evil and rescue, betrayal and love, and a terrorist threat unlike anything the human race has ever known.


Thomas Hunter is an unlikely hero who finds himself pulled between two worlds. In our reality, he works in a coffeehouse. In the other, he becomes a battle-scarred general leading a band of warriors known as the Circle.


Every time he falls asleep in one reality, he wakes in the other-and both worlds are facing catastrophic disaster. In one world, Thomas must race to outwit sadistic terrorists intent on creating a global pandemic by releasing an unstoppable virus. In the other, far into the future, a forbidden love could forever destroy the Circle's ragtag resistance.


Thomas can bridge both worlds, but he quickly realizes that he may not be able to save either. In this mind-bending adventure, the fate of both worlds now rests on his ability to shift realities through his dreams-and somehow, find a way to change history.


Praise for the Circle series:


"As a producer of movies filled with incredible worlds and heroic characters, I have high standards for the fiction I read. Ted Dekker's novels deliver big with mind-blowing, plot-twisting page-turners. Fair warning-this trilogy will draw you in at a breakneck pace and never let up. Cancel all plans before you start because you won't be able to stop once you enter Black." -Ralph Winter, Producer-X-Men, X2: X-Men United, StarTrek V: Final Frontier

Bestselling epic fantasy series One volume that contains all four novels in The Circle series: Black, Red, White, and Green Includes an alternate ending to Green Bonus interview with the author ^^
Rarer still the story that captures heart, soul, and mind...leaving the reader forever transformed.

^^
Dive deep and enter the Circle.

^^
The Circle is an epic story of evil and rescue, betrayal and love, and terrorist threat unlike anything the human race has ever known.

^^
It beings when a man named Thomas hunter finds himself being chased down an alley after working the late shift at??a coffee house. When a bullet grazes his head, he awakens in an entirely different reality. Now every time he falls asleep, he wakes up in the other reality--and every choice he makes impacts the fate of two worlds.

^^
At long last, all four novels in this groundbreaking series have been brought together in one adrenaline-laced volume.