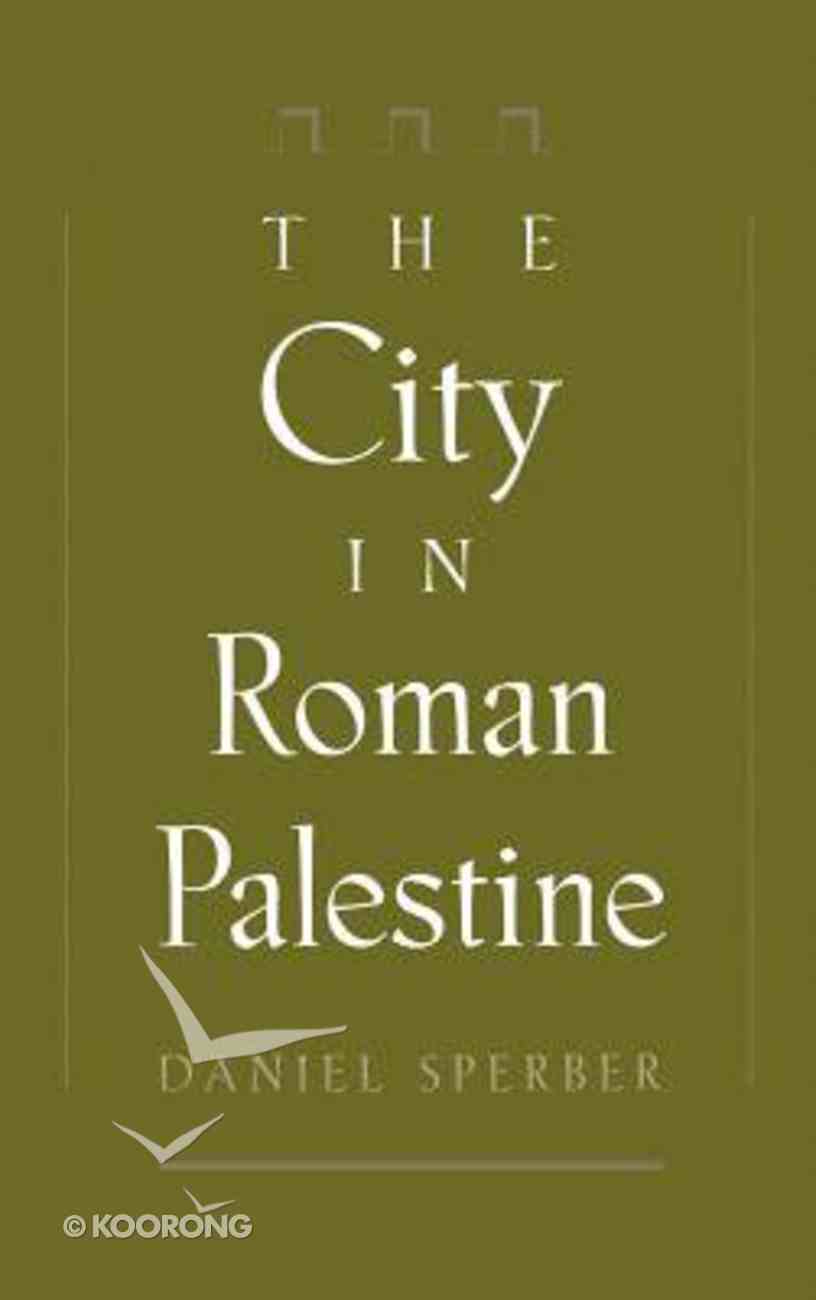 The City in Roman Palestine

Sperber uses rabbinic texts, classical sources, and archaeological evidence to describe what a typical Palestinian city looked like, and how it operated, during the Roman period 100-400 AD. His portrait provides a background for understanding everyday life in the urban...

Baptism on Account of the Dead (1 Cor 15: 29)
Michael Hull
Paperback

Sperber uses rabbinic texts, classical sources, and archaeological evidence to describe what a typical Palestinian city looked like, and how it operated, during the Roman period 100-400 AD. His portrait provides a background for understanding everyday life in the urban environment of the New Testament.
-Publisher

This book is a study of the city and urban life in Roman Palestine during the Talmudic period, 100-400 B.C. Rather than focus on a specific city, Daniel Sperber synthesizes what is known about city life in Talmudic Palestine to create a paradigmatic hypothetical Palestinian city. Drawing on numerous literary records for his information, he describes the structure and use of many physical aspects of the city, such as its markets, pubs, streets, bathhouses, roads, walls, toilets, and water supply. Rounding out the study is a chapter describing the archeological evidence, written by Sperber's colleague, Professor Joshua Schwartz. With the recent upsurge of interest in urbanization in the Greco-Roman world,The City in Roman Palestinewill attract not only scholars of Judaic literature and history, but also classicists and ancient historians.
-Publisher

Dan Sperber is Directeur de Recherche at the Centre National de la Recherche Scientifique, Paris. He has been visiting Professor at Princeton University, The London School of Economics and the University of Michigan. He is author of "Rethinking Symbolism," "On Anthropological Knowledge" and, with Deirdre Wilson," Relevance: Communication and Cogntion" (1995).

Discovering the New Testament: An Introduction to Its Background, Theology, and Themes (Volume II: The Pauline Letters) (#02 in Discovering The New Te
Mark J Keown
Hardback

A Gospel Pageant: A Reader's Guide to the Book of Revelation
Allan Chapple
Paperback