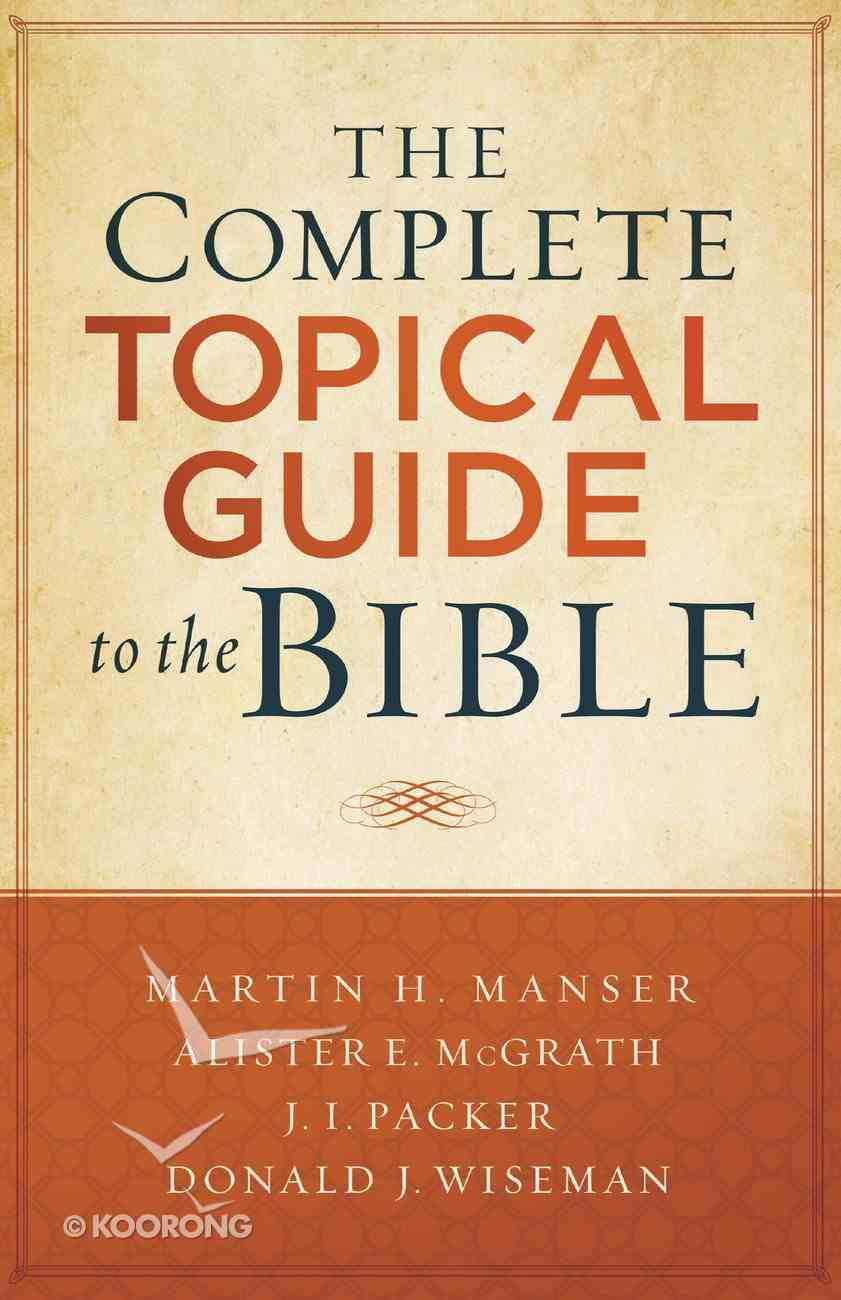 The Complete Topical Guide to the Bible

The Complete Topical Guide to the Bible provides Scripture references, definitions, and cross-references for the study of the Bible by topic. The topical approach differs significantly from the lexical approach of a concordance, and a topical guide is an essential...

The Complete Topical Guide to the Bible provides Scripture references, definitions, and cross-references for the study of the Bible by topic. The topical approach differs significantly from the lexical approach of a concordance, and a topical guide is an essential supplement to a concordance. While a concordance is limited to the connection of biblical passages in which the same word appears, the topical approach identifies and connects all of the underlying concepts related to a topic. A concordance would not yield John 3:16 for a study of grace because the word grace does not appear in the verse, but The Complete Topical Guide to the Bible includes John 3:16 for grace because it's an essential verse on the topic. The topics in this resource include biblical, doctrinal, and historical subjects, and they are organized into nine major categories: God, Jesus Christ, the Holy Spirit, creation, humanity, sin and salvation, God's people, the life of the believer, and the last things. In addition to the great themes of the biblical message, practical issues of Christian living are also included.
-Publisher


Professor Wiseman has many honours including an O.B.E.. He is a fellow of the British Academy and he was awarded a D. Litt. His publications include 1 & 2 Kings (Tyndale Old Testament Commentary), New Bible Atlas, Nebuchadrezzar and Babylon, Peoples of Old Testament Times and Persia and the Bible.

Martin Manser has compiled and edited Bible reference material and English-language dictionaries for nearly thirty years. He lives in Aylesbury, England. He and his wife have two children.