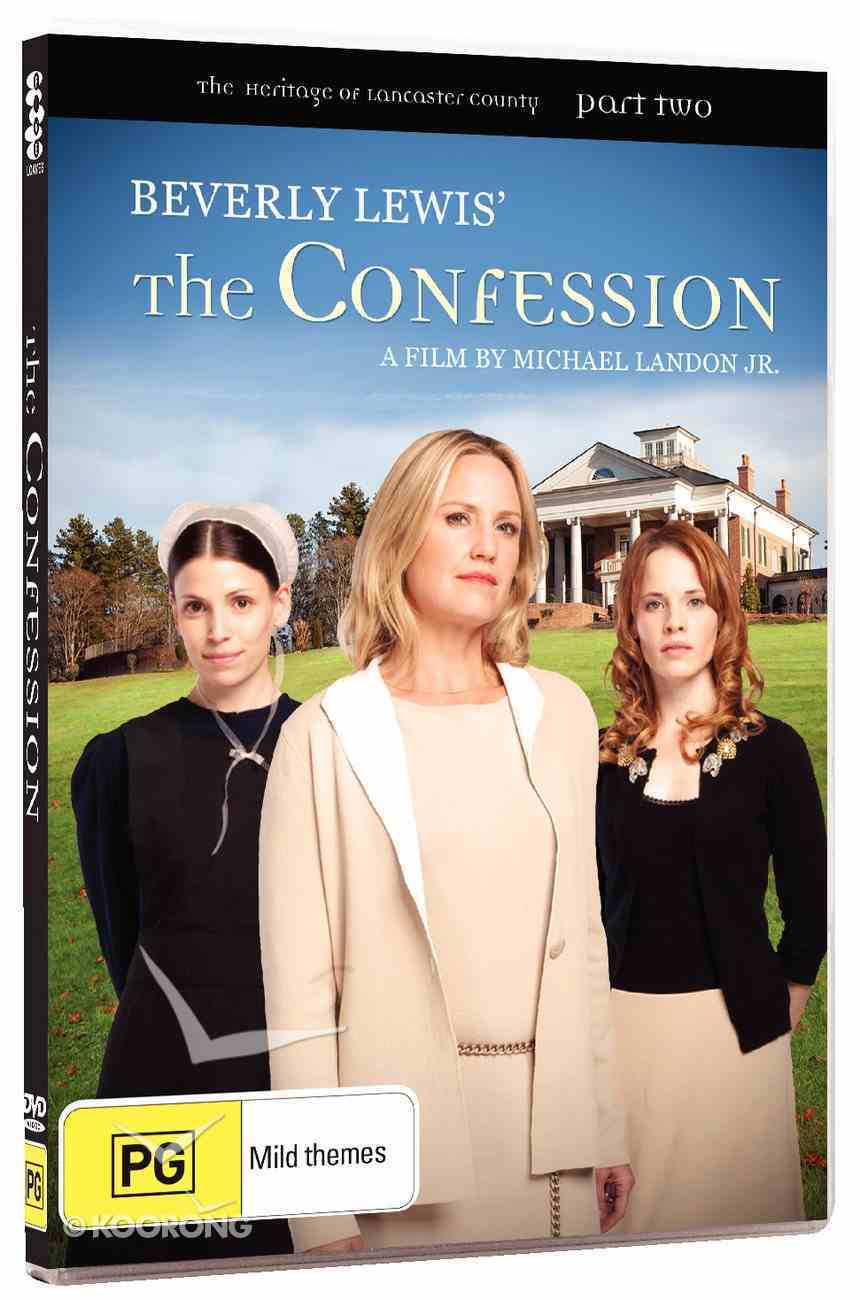 The Confession (#02 in Heritage Of Lancaster County Series)

Katie Lapp (Katie Leclerc) has known no other world than that of the Amish family who raised her. But upon discovering that she was actually adopted from the "English" world, her quest to discover her identity has resulted in her...

Katie Lapp (Katie Leclerc) has known no other world than that of the Amish family who raised her. But upon discovering that she was actually adopted from the "English" world, her quest to discover her identity has resulted in her being "shunned" by her people.

In this thrilling sequel to Beverly Lewis' The Shunning, Katie sets out to find her birth mother, Laura Mayfield (Sherry Stringfield). When Katie finally finds her, she discovers that Laura is seriously ill and married to a greedy gambling addict, Dylan Bennett (Adrian Paul). In his scheme to steal Laura's family estate, Bennett has hired an actress to pose as her long-lost Amish daughter. Desperate to get closer to the mother she never knew, Katie takes up a job as a maid in her mother's home - and is soon caught up in a tangled web of deception!

Meanwhile, Katie's first love, Daniel, who has supposedly died in a drowning accident, returns to find her and apologise for deceiving the Amish community. Can Katie and Daniel's relationship ever be restored? Will Laura learn the truth about her daughter's true identity before it's too late?