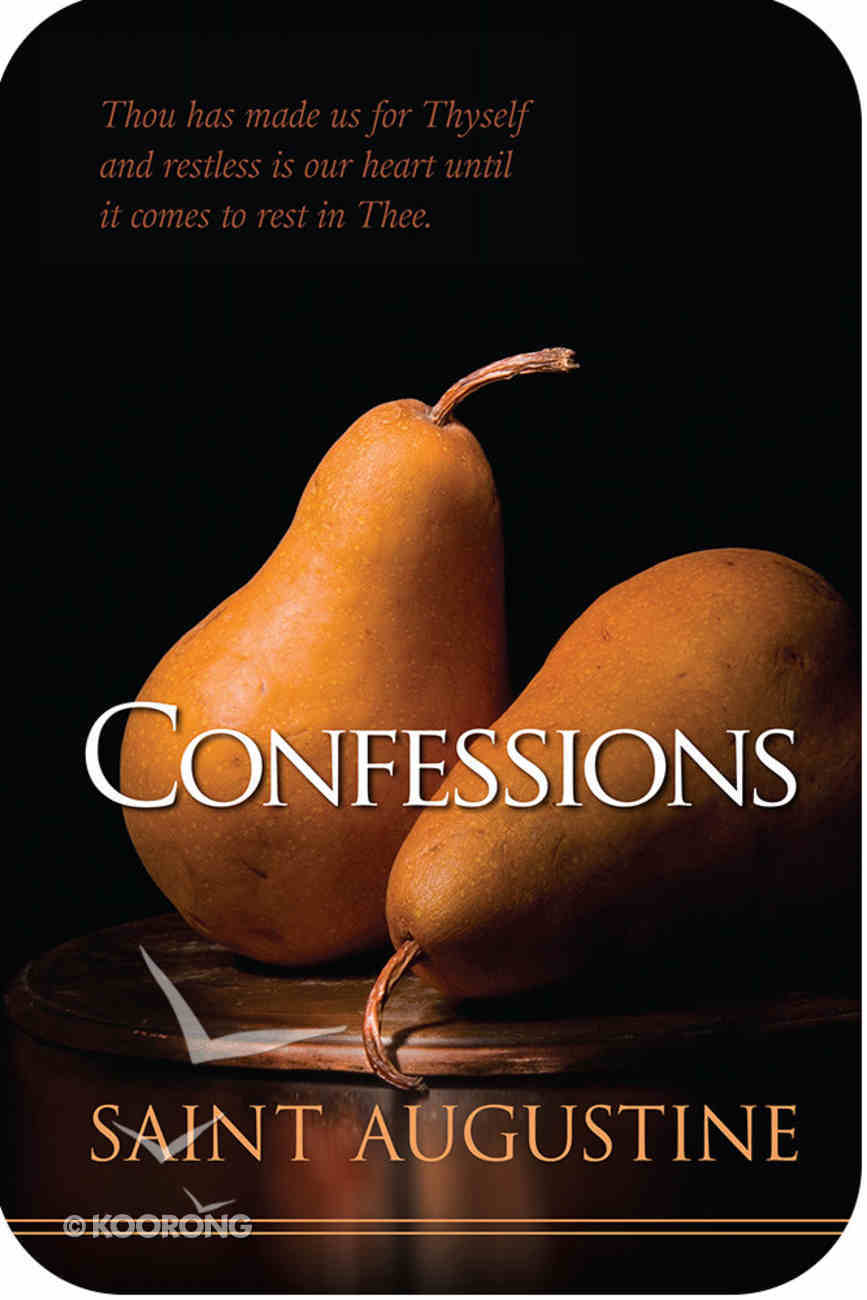 "Spirituality involves taking our personal experience seriously as raw material for redemption and holiness, examining the material of our daily lives with as much rigor as we do Scripture and doctrine. The Confessions is the landmark work in this exercise."...

"Spirituality involves taking our personal experience seriously as raw material for redemption and holiness, examining the material of our daily lives with as much rigor as we do Scripture and doctrine. The Confessions is the landmark work in this exercise." - Eugene Peterson, from his book, TAKE AND READ

Written in the waning days of the Roman era, Augustine's Confessions are the moving diary of a soul's journey. From his earliest memories of childhood, through his turbulent and licentious youth, to his resolute conversion at the age of 32, Augustine traces a pilgrimage of unbounded grace. Throughout, he passionately addresses the spiritual questions that have engaged thoughtful minds since time began.

Every Christian library needs the classics - the timeless books that have spoken powerfully to generations of believers. Now Hendrickson Christian Classics allows readers to build an essential classics library in affordable modern editions. Each volume is freshly re-typeset for reading comfort, while thoughtful new introductions place each in historical and spiritual context. Attractive, classically bound covers look great together on the shelf. Best of all, value pricing makes this series easy to own. Planned to span the spectrum of Christian wisdom through the ages, Hendrickson Christian Classics sets a new standard for quality and value.
- Publisher.

Saint Augustine wasn't always a saint. He led a turbulent and licentious youth, and belonged to the fourth century equivalent of a street gang. At the age of 29, he met a young man, Ambrose, whose intelligence, kindness and strong faith fascinated and puzzled Augustine. Then at the age of thirty-two, under Ambrose's tutelage, Augustine converted to Christianity and went on to be one of the most influential Christians throughout history. Written in 400 AD, less than a decade after his ordination to the priesthood, a mere four years after becoming bishop of Hippo, he wrote Confessions in his forties. He was a man looking back and looking forward, an apt simile perhaps for the role Augustine played in the history of the Church, that of a bridge between two distinct eras. Confessions traces a pilgrimage of unbounded grace, passionately wrestling with the spiritual questions that have engaged thoughtful minds since time began. It is Augustine's utter candor about his own sin and his struggle to reconcile his mind and soul to God's holy character that made Confessions the classic that it has been for fifteen centuries and compelling to readers still today.
-Publisher