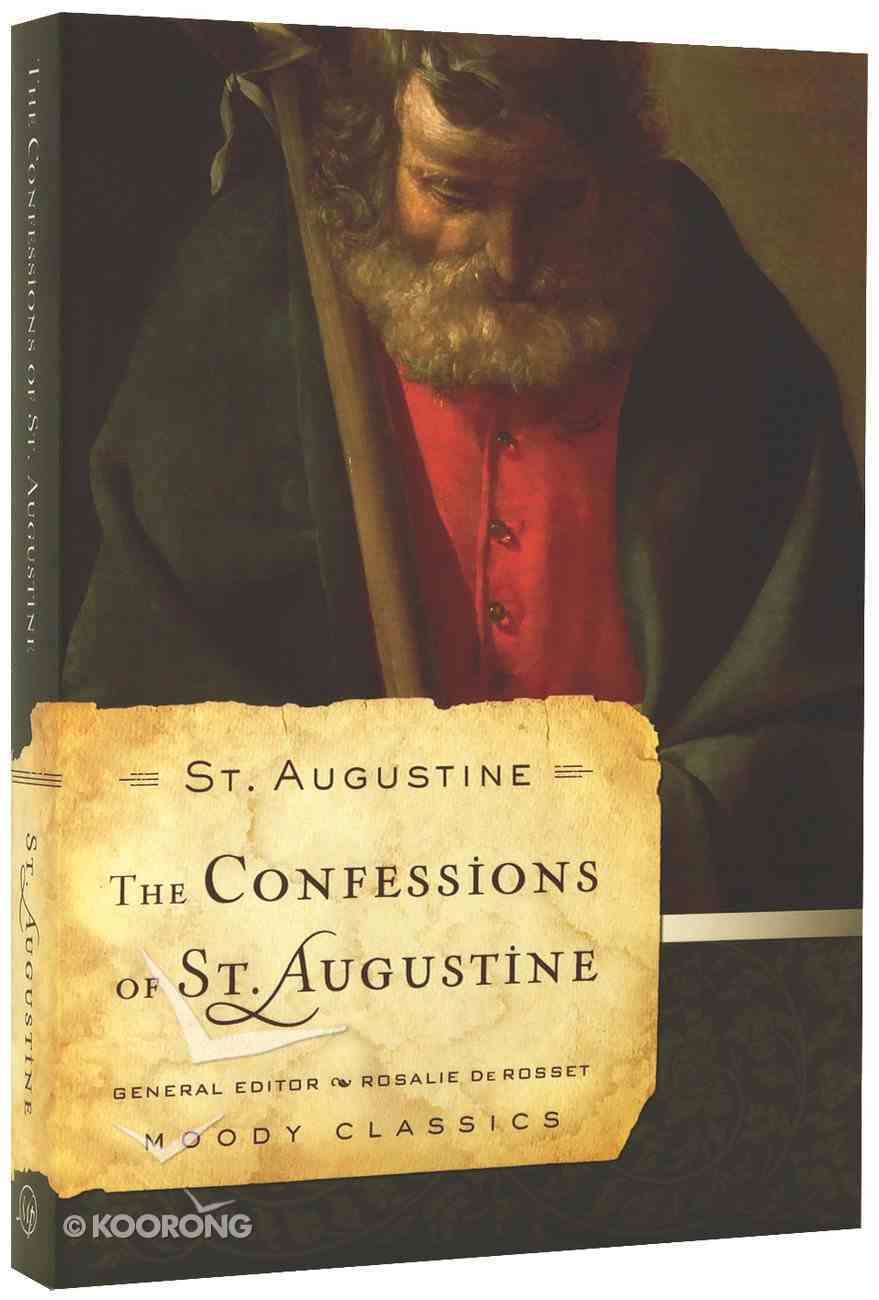 Confessions is one of the most moving diaries ever recorded of a man's journey to the fountain of God's grace. Writing as a sinner, not a saint, Augustine shares his innermost thoughts and conversion experiences, and wrestles with the spiritual...

50+ Available
Expected to ship within 8 hours from Australia.
Learn More
Free Shipping
for orders over $99.

Confessions is one of the most moving diaries ever recorded of a man's journey to the fountain of God's grace. Writing as a sinner, not a saint, Augustine shares his innermost thoughts and conversion experiences, and wrestles with the spiritual questions that have stirred the hearts of the thoughtful since time began. Starting with his childhood in Numidia, through his youth and early adulthood in Carthage, Rome, and Milan, readers will see Augustine as a human being, a fellow traveller on the road to salvation. Though staggering around potholes and roadblocks, all will find strength in Augustine's message: when the road gets rough, look to God! one of the most influential Christian thinkers in the history of the church.
-Publisher.

Aurelius Augustinus, aka SAINT AUGUSTINE (354-430) was bishop of Hippo, today called Bona, in Algeria. Before his conversion to Christianity, however, he lead a wild and licentious youth in Carthage and later studied philosophy for years in Milan. His Confessions, in which he begs forgiveness from God for his sins and sets himself entirely to devotion to God, is not only a foundational work of Western theology, it is also one of the earliest autobiographies, offering keen insight into the workings of the medieval mind. ALSO AVAILABLE FROM COSIMO CLASSICS: Saint Augustine's "The City of God" Translator and British clergyman EDWARD BOUVERIE PUSEY (1800-1882) was one of the most influential figures in the Anglican church in the 19th century, formulated theology and doctrine that radically altered the practice of Christianity in England.
-Publisher