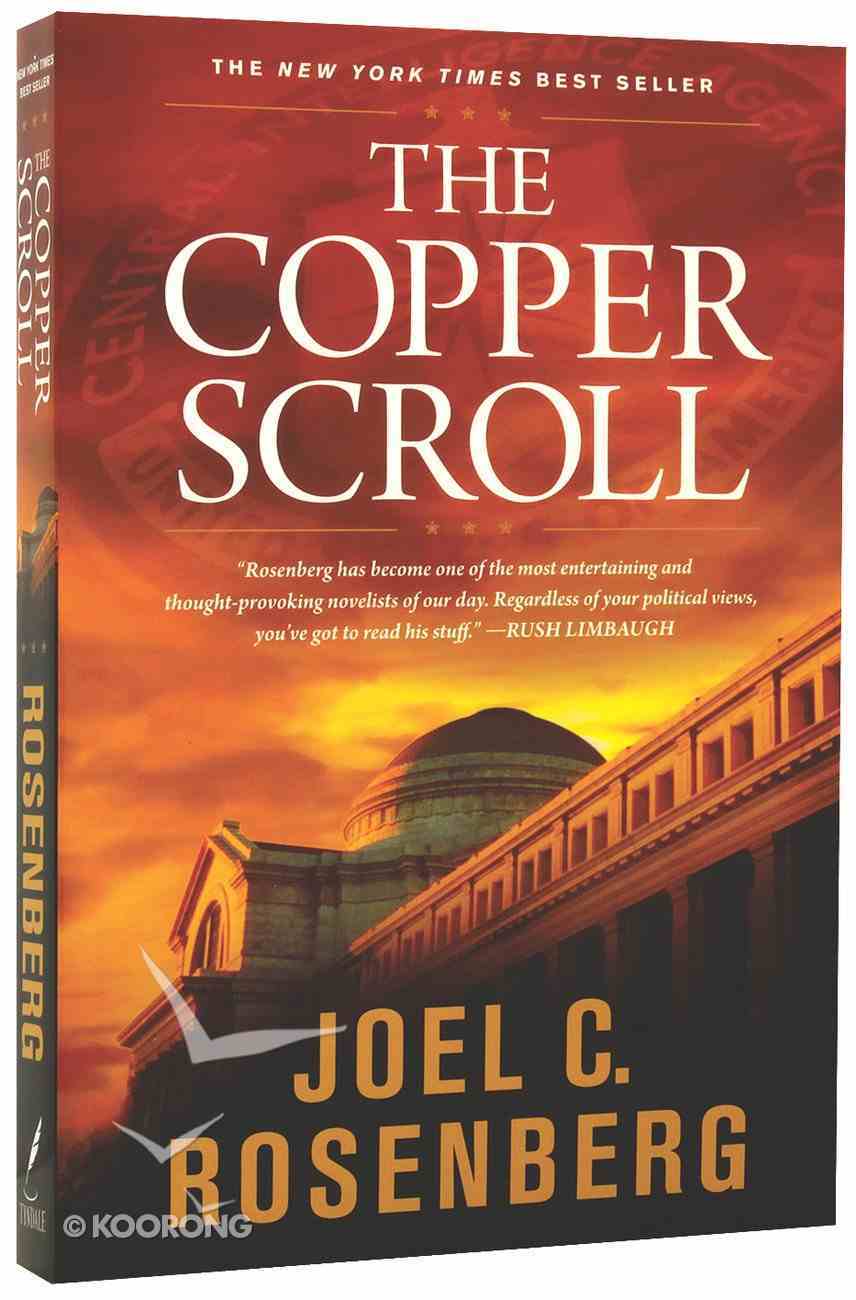 The Copper Scroll (#04 in The Last Jihad Series)

On June 1, 1956, the New York Times broke a story that captured the imagination of the world. Another Dead Sea Scroll had been found, describing unimaginable treasures buried in the hills east of Jerusalem and under the holy city itself. But the scroll's code had to be broken, and experts from all sides warned that any effort by Israel to rebuild the Temple with the treasure would undoubtedly trigger a war of biblical proportions. Fifty years later, the world is about to be shocked again. New York Times best-selling author Joel C. Rosenberg takes you on his most exciting and heart-pounding ride yet--as a new democratic Iraq rises, so, too, a new evil, and White House advisors Jon Bennett and Erin McCoy find themselves facing a terrifying threat triggered by an ancient mystery.

"Rosenberg has become one of the most entertaining and thought-provoking novelists of our day. Regardless of your political views, you've got to read this stuff."
- Rush Limbaugh, New York Times best-selling author

Saddam is gone, Arafat is dead, and a new Iraq is rising. But when a suicide bomber strikes Washington and assassinations unfold from London to Los Angeles, Jon Bennett and Erin McCoy are drawn back into a world of terror they thought was over. At the heart of the mystery lies a 2,000-year-old scroll describing unimaginable treasures that could lead to the Third Jewish Temple. Some call it historys greatest treasure map. Others call it a road map to Armageddon. But the time to find the truth is running out fast.
-Publisher

JOEL C. ROSENBERG'S NEW YORK TIMES BEST-SELLING NOVELS HAVE AN UNCANNY WAY OF COMING TRUE. The first page of his first thriller, "The Last Jihad," put readers inside the cockpit of a hijacked jet, coming in on a kamikaze attack into an American city . . . but it was written nine months "before" September 11, 2001. As "Jihad" unfolds, an American president finds himself in a war with Saddam Hussein over terrorism and weapons of mass destruction . . . but it was published five months before the actual war with Iraq began. Rosenberg's second novel, "The Last Days," opens with an attack on a U.S. diplomatic convoy heading into Gaza, the death of Yasser Arafat, and radical Islamic terrorists trying to take over the West Bank and Gaza . . . but two weeks before it was published, a U.S. diplomatic convoy was attacked in Gaza . . . thirteen months after it was published, Yasser Arafat died . . . and then Hamas seized control of the West Bank and Gaza. In Rosenberg's third novel, "The Ezekiel Option," a dictator rises to power in Russia, an Iranian leader vows to annihilate Israel, and Russia and Iran form an unprecedented military alliance . . . but on the very day the novel came out, Iran elected a new president vowing to accelerate his country's nuclear program . . . four months later, he vowed to "wipe Israel off the earth" . . . and two months after that, Russia agreed to sell Iran $1 billion worth of fighter jets, missiles, and naval warships. Now comes "The Copper Scroll," Rosenberg's most exciting adventure yet. Will it come true as well?
-Publisher