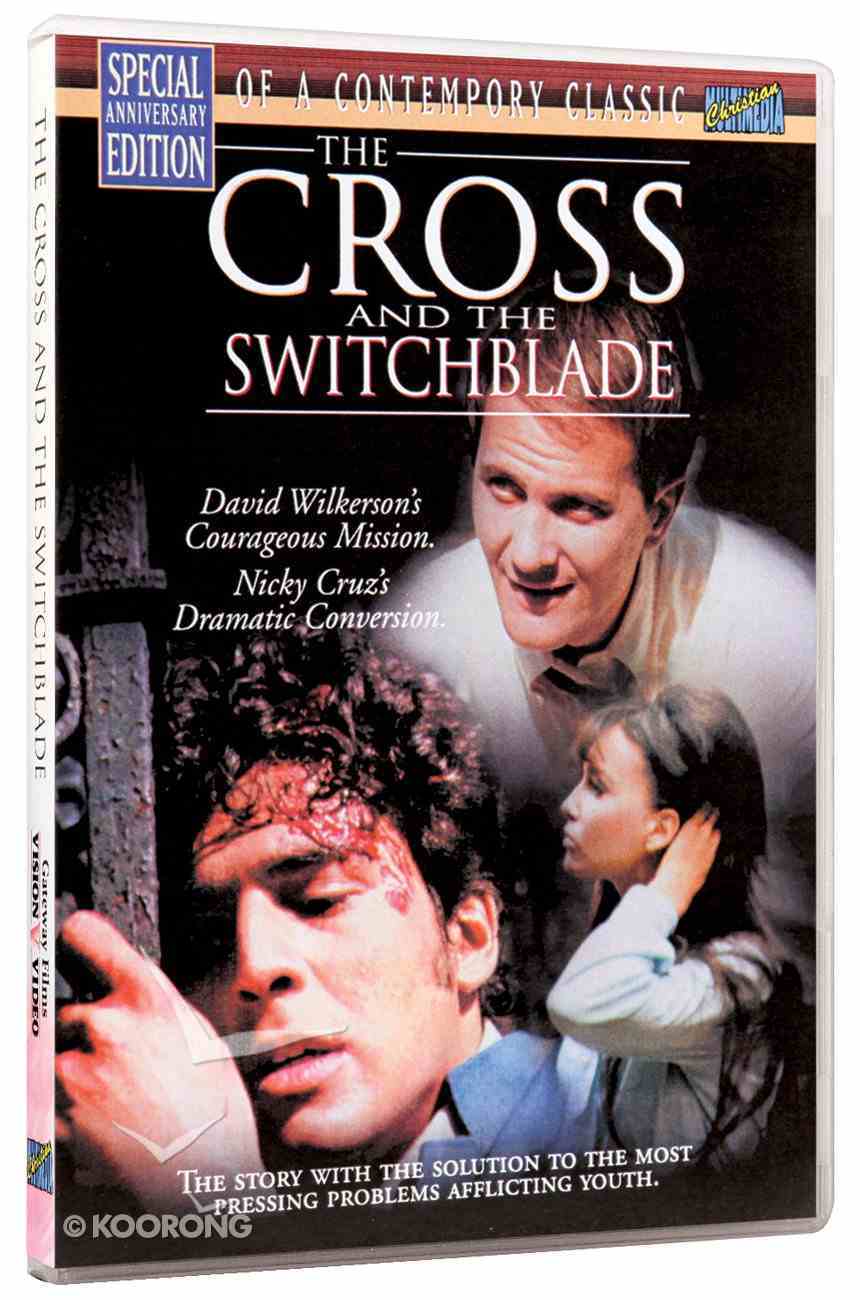 The Cross & the Switchblade

The inspiring true story of a young man's missionary work with New York gangs. David Wilkerson sought to lead embittered youths away from drugs and violence. He was met with opposition, suspicion and hostility. He risked his life, persevered, and...

The inspiring true story of a young man's missionary work with New York gangs. David Wilkerson sought to lead embittered youths away from drugs and violence. He was met with opposition, suspicion and hostility. He risked his life, persevered, and won. 105 minutes, PG.

Although the original events depicted in this classic from the drug infested, gang dominated streets happened over thirty years ago, the life-changing solution that David Wilkerson brought to desperate lives was just beginning. The beat goes on. The change in the life of notorious gang leader Nicky Cruz, as shown in the film, proved to be wonderfully lasting and real. Nicky continues today to reach young people around the world with the same life-changing message of the gospel of Jesus Christ that delivered him from violence and despair. And what about the skinny preacher, David Wilkerson, who braved the meanest streets of New York to tell desperate and drug crazed youth that there was a better way? Now, three decades later, he is still at it with a ministry based in Times Square that is still changing lives and offering genuine hope to countless souls who had given up on life.
-Publisher

Summary: This is the true story of the beginning of David Wilkerson's ministry to the gangs of New York City and the conversion of Nicky Cruz, the notorious gang leader. The power of Christ to change the human heart is presented with unmistakable clarity and unforgettable impact. This film deals powerfully with the problems tearing at the fabric of our society today.
-Publisher

For over eighty years, Reverend David Wilkerson's evangelistic ministry has included preaching, teaching and writing. He is the author of over thirty books and best known for his early ministry to teen drug addicts and gang members in New York City. The story of his ministry is outlined in his co-authored book, The Cross and the Switchblade, which has since been read by over fifty million people and was made into a motion picture. Wilkerson was born in Hammond, Indiana on May 19, 1931. He married his wife, Gwen Carosso, in 1953 and they served small pastorates in Pennsylvania until David Wilke