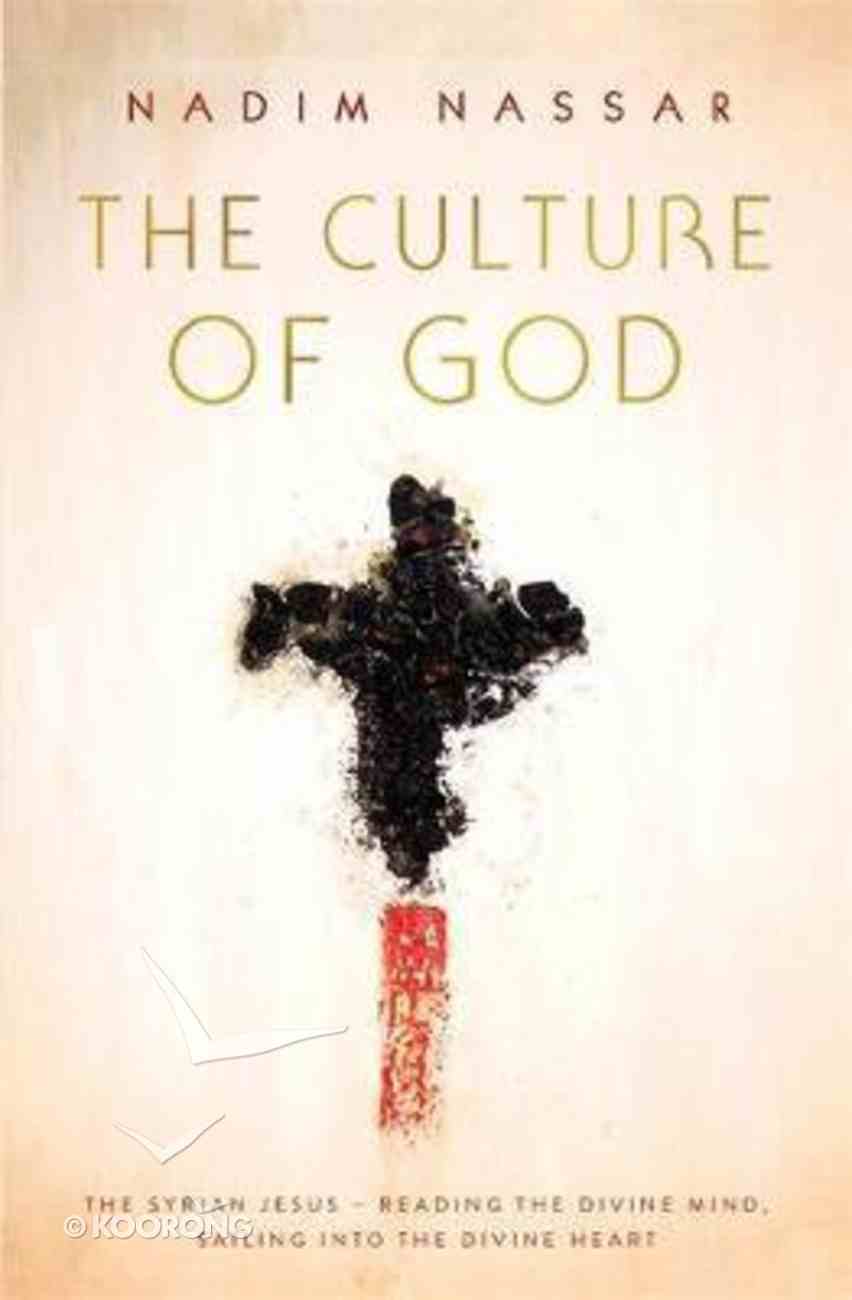 The Culture of God: The Syrian Jesus - Reading the Divine Mind, Sailing Into the Divine Heart

'So much of the reporting of the Middle East at the moment reflects war and human misery; it's inspiring to find, in this thoughtful and engaging book, a message of hope from what Fr Nadim calls "that region of the...

'So much of the reporting of the Middle East at the moment reflects war and human misery; it's inspiring to find, in this thoughtful and engaging book, a message of hope from what Fr Nadim calls "that region of the world that God chose to live in when he took human form"' Edward Stourton'The ultimate question of this book is, why does it matter to me, a human being, to know the culture of God, and what impact should that have on my own life and existence? The culture of God is the antithesis of the culture of the Pharisees - yet again and again we fall into the trap of condemning or excluding others. Understanding the culture of God helps us to uncover God's image within us, a shining jewel buried deep under the dirt of our selfishness and greed, and helps us to shine as God intends us to, re-forming our relationships with God and with each other in our amazingly diverse world.'It is as we read the Bible, argues Father Nadim Nassar, that we are invited to discover what 'the culture of God' - the community of love that makes up the Trinity - looks like, and how it might transform our lives and our faith. But in order to do so we need to understand the culture of the Bible itself, as well as the particular culture that forms our own worldview. Ultimately it is Jesus who has direct access to the culture of God; and so we also need to understand Jesus within his first-century Levantine context.Father Nadim Nassar is the Church of England's only Syrian priest and an outspoken advocate for western Christians to recognise the Middle-Eastern roots of their faith. The fresh and provocative reflections in The Culture of God, his first book, are informed by his experience of growing up in Syria and living through the conflicts in the region, especially the civil wars in Lebanon and Syria. Taking us on a journey through the mystery of the incarnation, to Jesus' role as storyteller - Al-Hakawati - his relationship with a disparate cast of people as narrated by the gospels, and finally his death and resurrection, Father Nadim unfolds for us the culture of God and what it can mean for a world that so desperately needs both freedom and a way to embrace diversity. 'Fr Nadim's personal experience of the painful effects of war and conflict in the Middle East is an insightful lens into the brokenness of humanity that leads to the ongoing violation of the God-given sanctity and dignity of life. At the same time, the paradox of the Crucifixion and Christianity is presented as a key to understanding the restoration of that same humanity, and the possibility of reconciliation with God and one another if the life and teachings of Christ are truly lived.' Archbishop Angaelos, Coptic Orthodox Archbishop of London
-Publisher

Father Nadim Nassar is the Church of England's only Syrian priest. He was born and raised in Lattakia, Syria, to a Christian family, and studied in Beirut during the Lebanese civil war before moving to the UK, where he was ordained and became senior chaplain to the universities and colleges in London. He is director of the Awareness Foundation; its mission is to empower people of faith to embrace diversity and build peaceful and harmonious communities. The Culture of God is his first book.