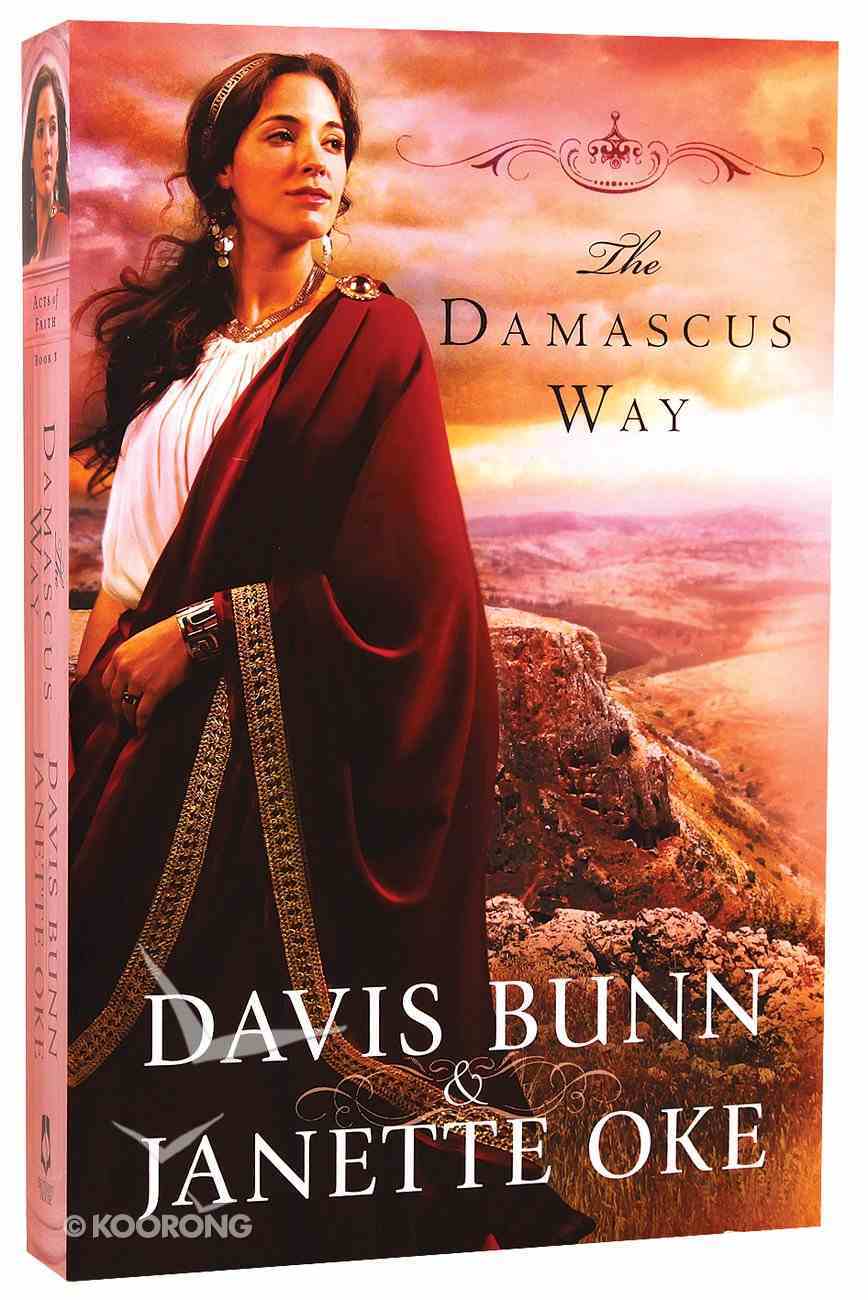 The Damascus Way (#03 in Acts Of Faith Series)

The fledgling church is being scattered by persecution. It is spearheaded by a fanatical young Pharisee who does not realize he is unwittingly aiding a divine mandate to spread the truth "unto the ends of the earth..." Young Julia...

The fledgling church is being scattered by persecution. It is spearheaded by a fanatical young Pharisee who does not realize he is unwittingly aiding a divine mandate to spread the truth "unto the ends of the earth..."

Young Julia has everything money can buy - except for acceptance by either Gentiles or Judeans in Tiberias. When she discovers the secret her beloved Greek father has kept all these years, she is devastated. Julia and her Hebrew mother are indeed less than second-class citizens. Her future is dark with clouds of uncertainty.

Jacob, Abigail's brother, is now a young man attempting to find his own place among the community of believers. Does it mean trading away the exhilaration and adventure of his current profession as a caravan guard? Hired by Julia's father to protect a wealthy merchant's caravans on the secretive "Frankincense Trail", Jacob also reluctantly takes on the perilous responsibility of passing letters and messages between communities of believers now dispersed across the land. He is alarmed to discover that Julia, hardly more than a girl, is also a courier. Can their initial mistrust be put aside to accomplish their mission?

An earthshaking encounter on the way to Damascus has repercussions far beyond the lives of Julia and Jacob.

Julia has everything money can buy...except for acceptance by either the Gentiles or the Jews. Her Greek father already has a wife and family, leaving Julia and her Hebrew mother second-class citizens. But when they are introduced to followers of the Way, they become part of that community of believers.

Abigail's brother, Jacob, now a young man, is attempting to discover his own place as a Christian. He is concerned that being more serious about his faith means trading away the exhilaration of his current profession as a caravan guard. Hired by Julia's father to protect the wealthy merchant's caravans on the secretive "Frankincense Trail"--undercover transport of this highly valuable commodity--Jacob also passes letters and messages between various communities of believers. He is alarmed to find out that Julia, hardly more than a girl, is also a messenger. Can their immediate mistrust be put aside to finally bring their hearts together?
-Publisher