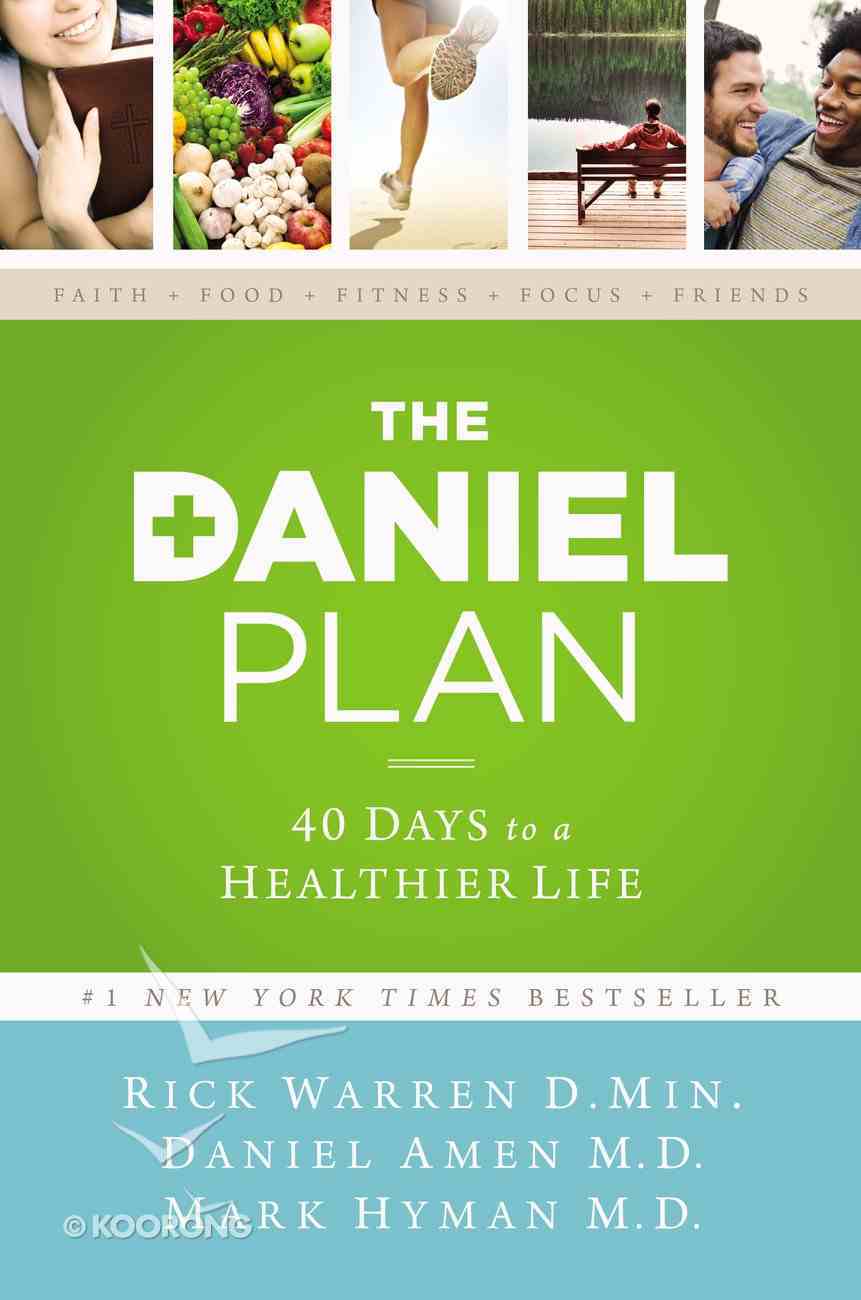 The Daniel Plan: 40 Days to a Healthier Life

The Daniel Plan: 40 Days to a Healthier Life by Rick Warren, Dr. Daniel Amen and Dr. Mark Hyman is an innovative approach to achieving a healthy lifestyle where people get better together by optimizing their health in the key areas of faith, food, fitness, focus and friends. Within these five key life areas, readers are offered a multitude of resources and the foundation to get healthy. Ultimately, The Daniel Plan is about abundance, not deprivation, and this is why the plan is both transformational and sustainable. The Daniel Plan teaches simple ways to incorporate healthy choices into your current lifestyle, while encouraging you to rely on God's power through biblical principles. Readers are encouraged to do The Daniel Plan with another person or a group to accelerate their results and enjoy a built-in support system. Readers are offered cutting-edge, real-world applications that are easy to implement and create tangible results.
-Publisher

Your Brain is Always Listening: Tame the Hidden Dragons That Control Your Happiness, Habits, and Hang-Ups
Daniel Amen
Paperback