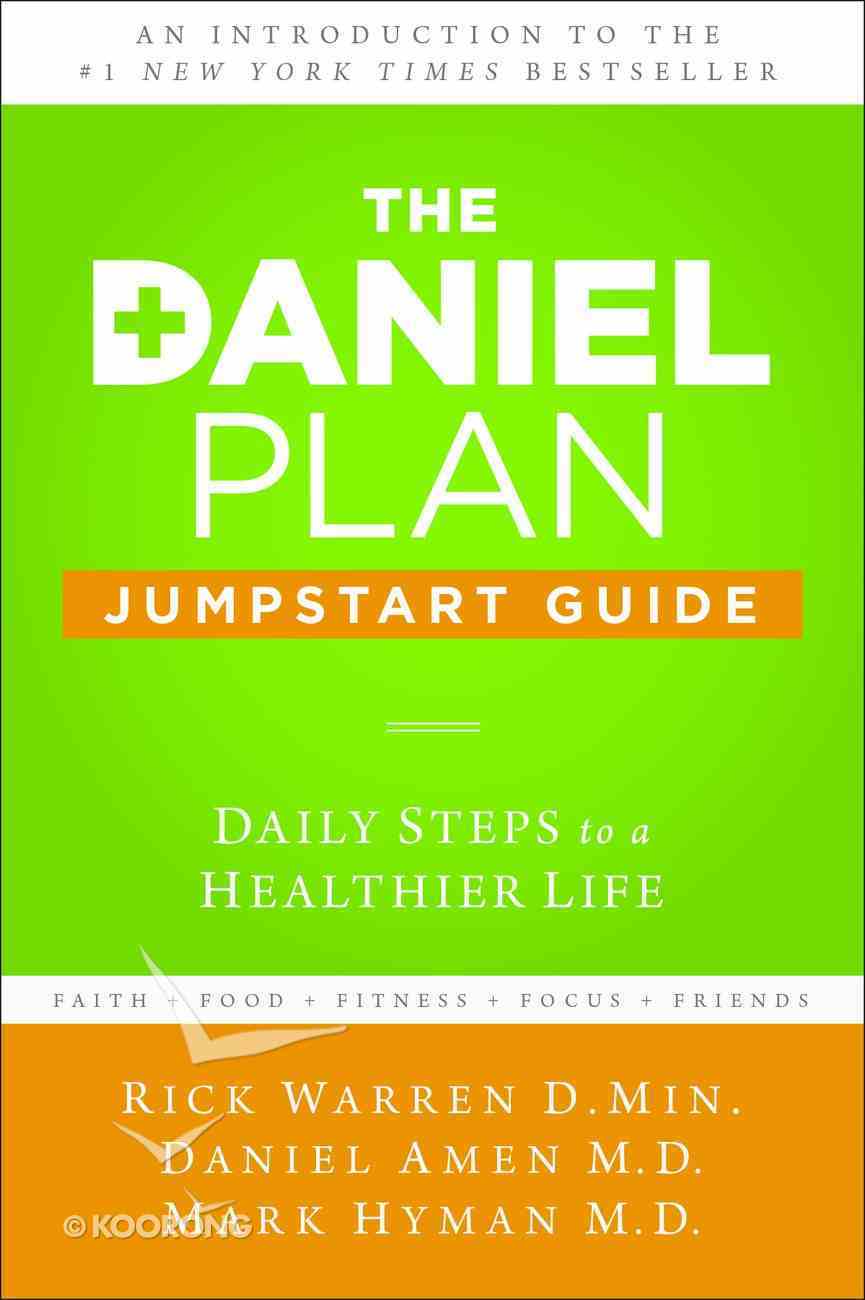 : The Daniel Plan Jumpstart Guide provides a birds-eye view of getting your life on track to better health in five key areas: Faith, Food, Fitness, Focus, and Friends being the secret to a healthy lifestyle. This quick guide provides...

25+ Available
Expected to ship within 3 hours from Australia.
Learn More
Free Shipping
for orders over $99.

The Daniel Dilemma: How to Stand Firm and Love Well in a Culture of Compromise
Chris Hodges
Paperback

:
The Daniel Plan Jumpstart Guide provides a birds-eye view of getting your life on track to better health in five key areas: Faith, Food, Fitness, Focus, and Friends being the secret to a healthy lifestyle. This quick guide provides all the key principles for readers to gain a vision for health and get started. This booklet is a 40-day guide that breaks out existing content from The Daniel Plan: 40 Days to a Healthier Life into day-by-day action toward a healthier life and encourages readers to use The Daniel Plan and its compatible journal for more information and further success.

The Magnolia Table: A Collection of Recipes For Gathering
Joanna Gaines
Hardback

The Maker's Diet Revolution: The 10 Day Diet to Lose Weight and Detoxify Your Body, Mind and Spirit
Jordan Rubin
Paperback

The Ultimate Guide to the Daniel Fast
Kristen Feola
eBook