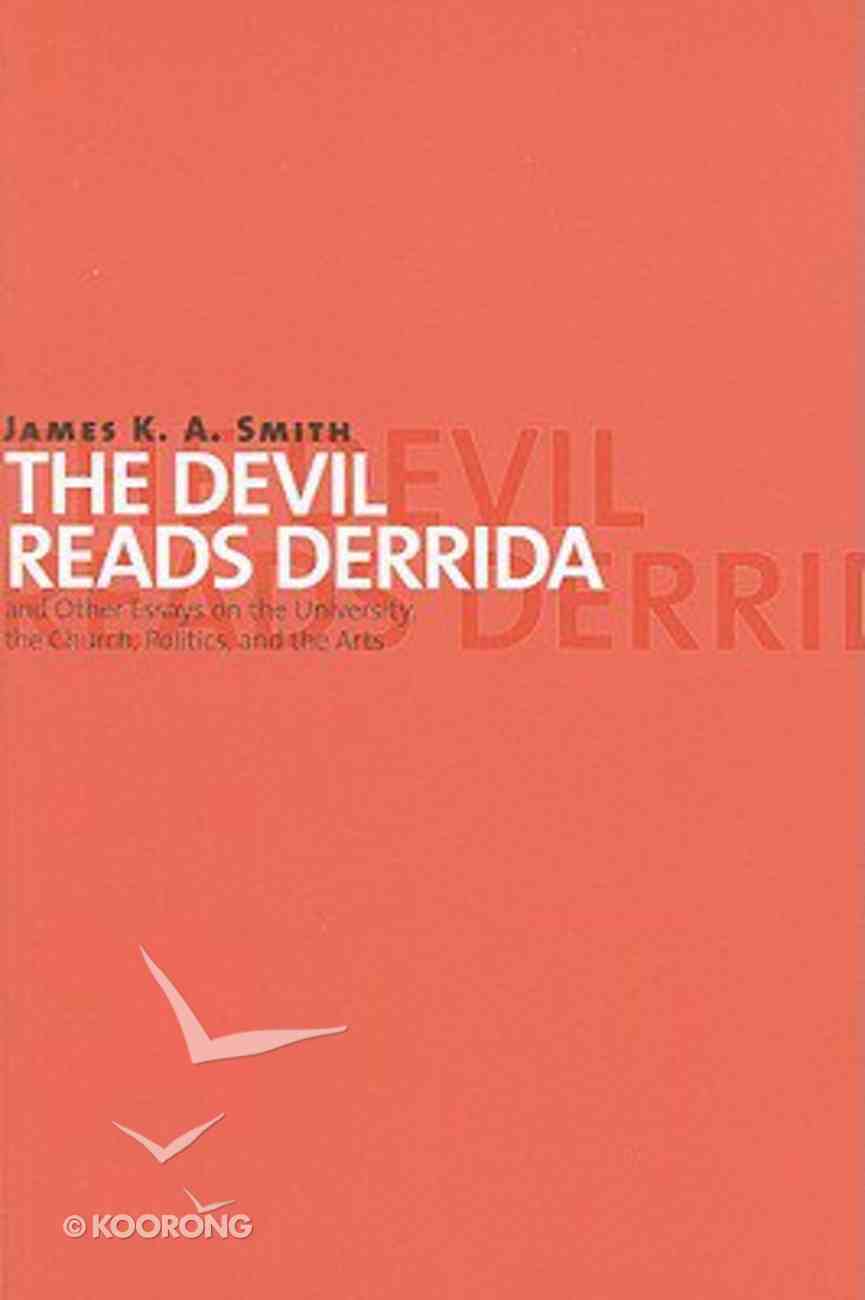 The Devil Reads Derrida brings together essays and articles written for a general audience by a notable young voice in the church and the academy. A specialist in French philosophy and postmodernism, James K. A. Smith has also consistently sought...

The Bible Tells Me So: Why Defending Scripture Has Made Us Unable to Read It
Peter Enns
Pb (Larger)

How to Read the Bible: So That It Makes a Difference
Michael Parsons
Pb (Smaller)

Christ in Crisis?: Reclaiming Jesus in a Time of Fear, Hate, and Violence
Jim Wallis
Paperback

The Cause Within You
eAudio

The Devil Reads Derrida brings together essays and articles written for a general audience by a notable young voice in the church and the academy. A specialist in French philosophy and postmodernism, James K. A. Smith has also consistently sought to speak to the church as the most important "public" for his work.
^^This book brings together some of Smith's most significant forays into the public arena, focusing especially on discipleship, the university, and politics and the church. It also provides a selection of his criticism, including essays on Harry Potter, A History of Violence, the poetry of Franz Wright, and much more. ^^Smith's work as a Christian public intellectual brings theological wisdom into the service of lived discipleship. Whether grappling with the Wild at Heart phenomenon or the challenges of secularization, dealing with sex or consumerism, or commenting on The Devil Wears Prada or American Beauty, Smith tackles each issue with clarity and insight, with scholarly rigor - but always with an eye to Christian discipleship and the life of the church.
-Publisher.


We hear a lot these days about the quest for alternative sources of energy. Has anyone considered Jamie Smith? This whirling dervish of public philosophy generates enough intellectual energy to supply a middle-size city all by himself. John Wilson / editor of Books & Culture / By now, Jamie Smith is not just a leading philosophical or postmodern or Reformed theologian: he is simply a leading theologian. This volume shows that he has not only ascended to that height but also descended to a depth that terrifies most academics journalism. He offers a theology as everyday as the neighborhood, the movies, partisan politics, the university, and the street corner and with a twinkle in his eye he shows us Jesus lordship in each place. I hope others will not just read Jamies book, but will go and do likewise. Jason Byassee / Center for Theology, Writing & Media, Duke Divinity School / A notable young voice in the academy, James K. A. Smith has consistently spoken to the church as the most impo
-Publisher

A Notable Young Voice in the academy, James K. A. Smith has consistently spoken to the church as the most important "public" for his intellectual work. Bringing together essays both thoughtful and entertaining, The Devil Reads Derrida displays some of Smith's most significant forays into the public arena.
-Publisher